I recently went to the end-of-semester review for Pratt’s urban-design studio, Central Brooklyn: A Model Net-Zero Carbon District. Led by the professors Viren Brahmbhatt and Meta Brunzema (a runner-up in Metropolis’s Next Generation competition), students attempted to find serious urban-design solutions to issues surrounding climate change. “The ultimate goal is to create implementable urban-design and policy ideas for a model Special Sustainability District,” Brahmbhatt says. “The central-Brooklyn site, which includes Bedford Stuyvesant and Pratt’s Brooklyn campus, was selected because it includes a great variety of urban typologies, socioeconomic settings, as well as Pratt, an institution with a sound commitment to reducing its carbon footprint.” 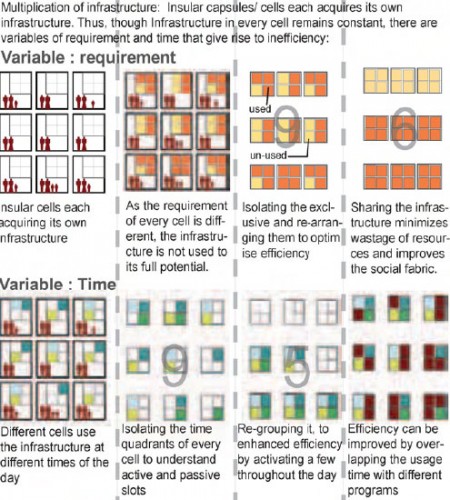 Neha Sabinis’s plan looks at housing stock as a collective resource that can be shared to generate income and improve efficiency.

It’s not an easy task to make infrastructural changes to an area already full of infrastructure, but students were undeterred from looking at various aspects of climate problems from an urban perspective. Issues ranged from the heat-island effect to excess housing stock and victims of subprime-loan foreclosures. 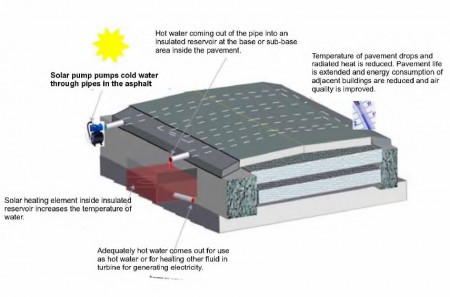 Purva Jain would turn the streets of Bed-Stuy into an energy farm, using the heat-island effect to her advantage. Each time a street is repaved, pipes would be set inside; the solar-heated water inside could generate electricity via turbines located on public land.

Students were lucky to be both criticized and praised by a prestigious group of guest reviewers including cross-disciplinary representatives from Pratt as well as envoys from Columbia, Parsons, and City College. The panel was rounded out with a community organizer, the executive director of the Institute for Urban Design, the NYC Energy Smart communities coordinator, and the commissioner of New York City’s Department of Design and Construction, who was in a unique position to comment on the practical aspects of the students’ presentations.

While the range, feasibility, and final impact of the students’ proposals varied greatly, it was wonderful to see the breadth of ideas to tackle large and very complicated problems set against the scrutiny of those in positions to make real decisions in New York City. The design studio will continue to expand upon their projects next semester and it will be interesting to see their evolution.