SiTELAB ArtPrize may be a catalyst for making Grand Rapids into a great Michigan city. With a total of $470,000 in prize moneys ($250,000 of it going to the first place winner), the grand sum lures artists from all over the world and, in turn, their work pulls in Michiganders and others into the city. […]

ArtPrize may be a catalyst for making Grand Rapids into a great Michigan city. With a total of $470,000 in prize moneys ($250,000 of it going to the first place winner), the grand sum lures artists from all over the world and, in turn, their work pulls in Michiganders and others into the city. Each artist enters a piece, knowing that though there are jurors involved, the ultimate winner is determined by votes cast by the public. 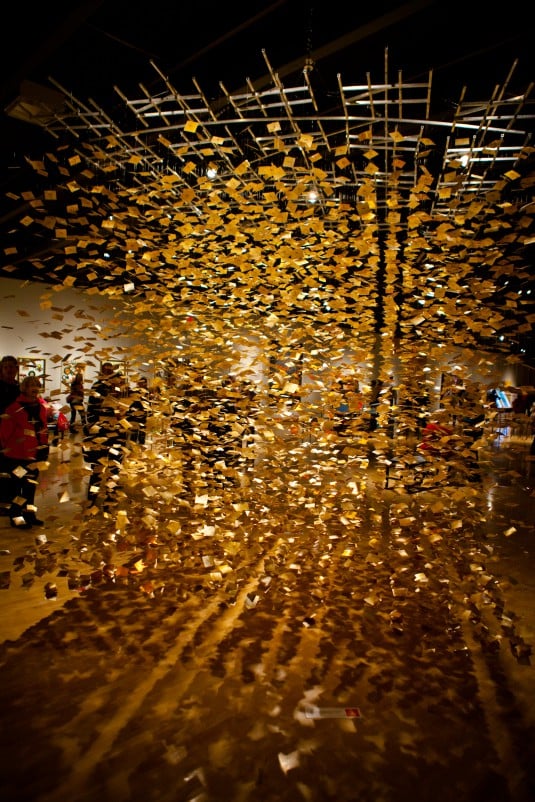 Right before the second installment of ArtPrize (the competition was founded in 2009 by Rick DeVos, a local entrepreneur), I talked with Carol Coletta of CEOs for Cities about the lessons this intense program teaches, as well as how other ideas like decentralization, the value of entrepreneurship and the idea of rapid prototyping may apply to 21st century city building. She told me that Grand Rapids is “small enough to put your arms around, but big enough to make a difference,” and reminded me that it’s inhabited by people with “innovation in their blood.” 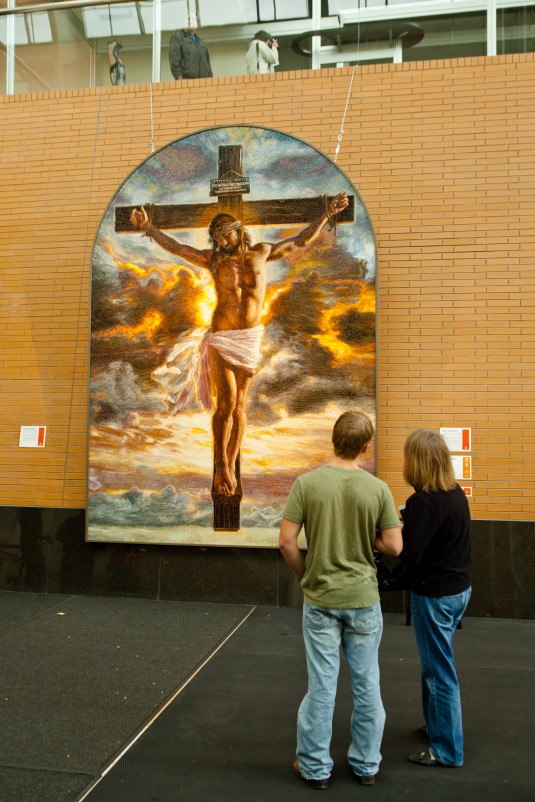 In this year’s competition, which ended on Oct. 6, many art critics and art lovers were disappointed with the top ten. But DeVos stressed that ArtPrize isn’t about who wins; it’s about  “widespread creative dialogue with a community value that completely dwarfs what that big prize is.” He went on to say, “I just want to see crazy crap all over Grand Rapids, and I think we’ve achieved that.”

It’s that “crazy crap” that gets to me today. For someone who lives and works in Grand Rapids, with an office nestled in the heart of downtown, ArtPrize is inescapable. Strange things start popping up come mid-September. Vacant buildings show signs of activity as curators take them over. Sculptures start appearing on street corners, in parks, in storefront windows. It’s a bustling you barely notice that explodes suddenly into gridlock. 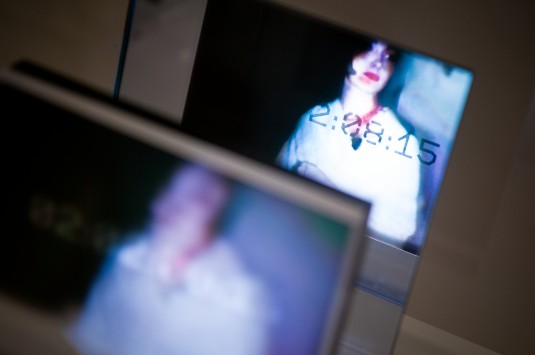 On the way from my office to the bank, a 10-minute walk, I weave around lines of schoolchildren, a busload of senior citizens, groups of college students, all set on seeing as much art as they can in their allotted time. It occurs to me as I come upon one of the Top Ten possibilities, the “MetaPhorest” mural constructed on the side of the West Michigan Center for Art and Technology, that it’s going to stay here. Much like the mosaic on the side of our Children’s Museum, or the mural at Kendall College of Art and Design, or 2009’s winning piece, “Open Water,” now hanging above the bar at Reserve—all remnants of ArtPrize that are now part of Grand Rapids. 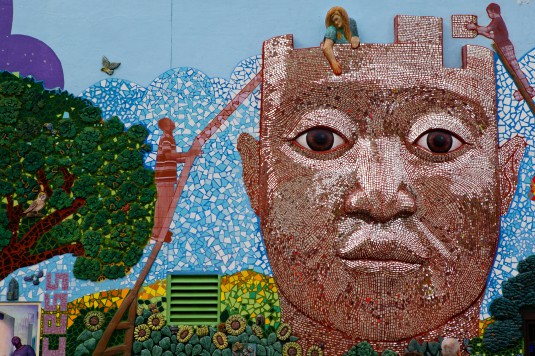 As an economic spur, the event is wildly successful. Unprepared for the onslaught of tourists, restaurants literally run out of food. A study conducted by Grand Valley State University estimated an economic impact of $7 million, with some 400,000 visitors. This year, mobile food culture made a hit for what seems like the first time. A line forms outside of What The Truck as the chefs from The Winchester prepare locally sourced tacos for hungry spectators.

ArtPrize also spurs other events and creative projects. For the cynics, there are blogs like ArtPrize Worst, highlighting the less-than-stellar entries or the video series “ArtPrize with a One-Year-Old,” where a father waxes poetic about art to his daughter, Irene. There’s Prospecto, an ambitious three-day music festival that hopes to capitalize on ArtPrize’s traffic. Headliners this year included The Walkmen and George Clinton and the Parliament Funkadelic. 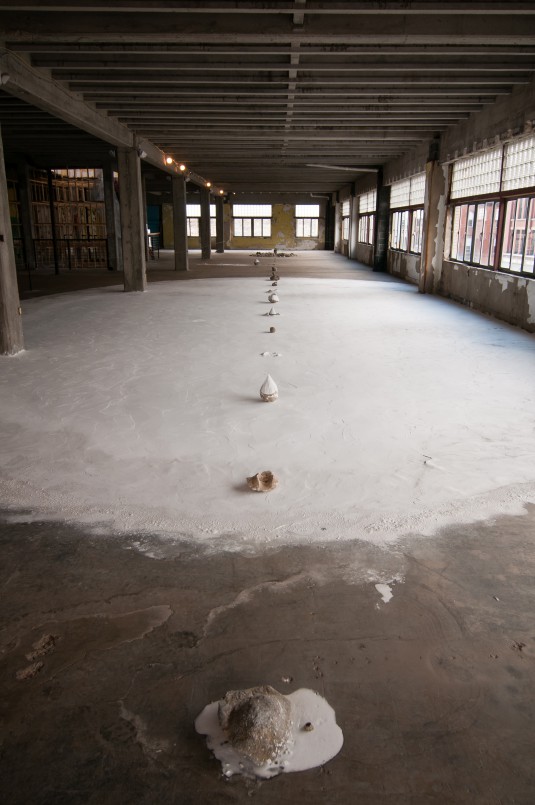 Perhaps most importantly, ArtPrize changes the way outsiders view the city. Last week, USA Today ‘Today in the Sky’ writer Ben Mutzabaugh visited Grand Rapids to report on what’s going on at the Gerald R. Ford International Airport as well as talk with members of the Regional Air Alliance of West Michigan. In his blog, he apologizes for being a day late with the answer to a riddle, saying, “Who knew there was so much to see in Grand Rapids?” In a meet and greet, he says he thinks people confuse Grand Rapids with other rust belt cities. But it’s not what he expected. It’s different. 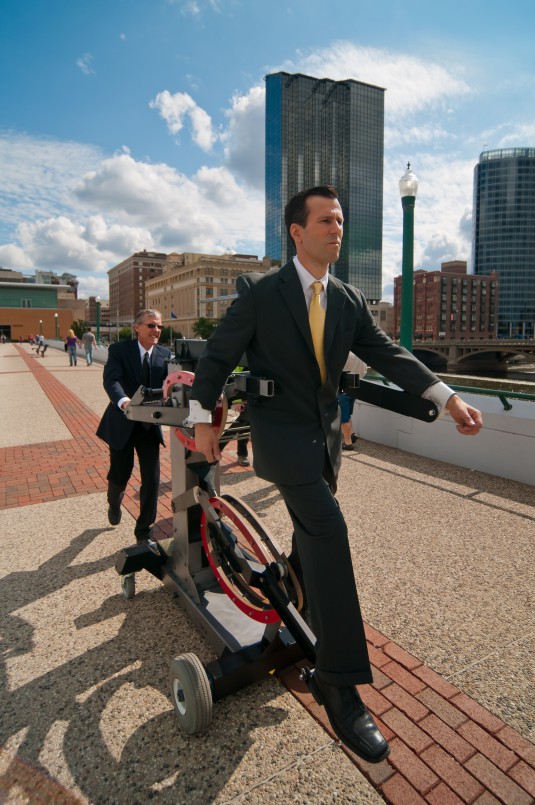 In a city that is becoming more walk-able, adding bike lanes, opening sustainable businesses, and repurposing blighted buildings, despite a recession that named Michigan as one of its primary targets, it’s nice to have something like ArtPrize. It gives people a reason to give our old city a new chance. It’s something that fills the city with people and makes locals realize our own potential as a community.

A bartender at my neighborhood bar mentioned to me that her mother was visiting in two days. “When I moved to Grand Rapids [from Dallas],” she said, “my mother told me I was making the biggest mistake of my life.” A visit during ArtPrize changed her mind. 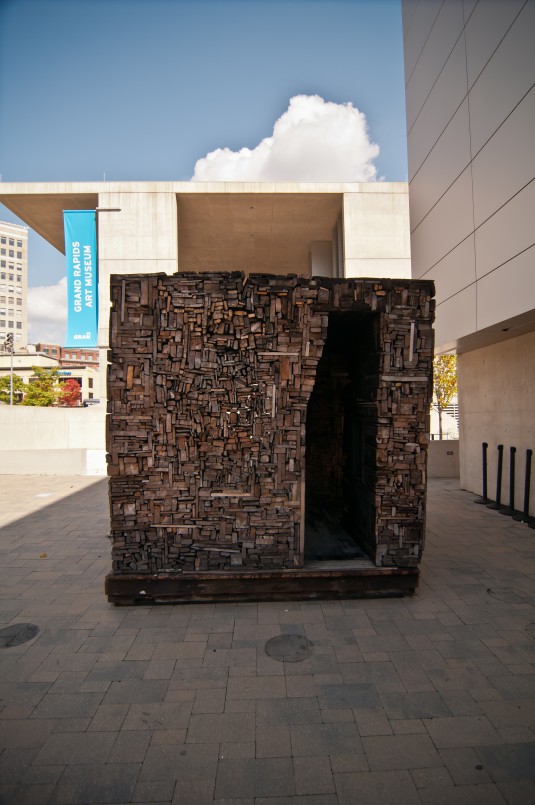 J. Bennett Rylah is the Managing Editor of Rapid Growth Media in Grand Rapids, MI and a journalist and editor at offthegrid.fm. Follow her on Twitter at @jbrylah.