A new Web site advocates a fresh take on the craft tradition.

Let me start with a couple confessions. First, I don’t care about furniture. Or, more accurately, I can’t afford to care about furniture. Secondly, I don’t like to do things with my hands. I tried knitting and hated it. In middle school, I came dangerously close to failing Home Ec. And yet, I remain drawn to the work of Scott Constable.

Constable is a furniture maker who lives with his wife, Ene Osteraas-Constable, and their daughter, in the Sonoma Valley. Scott and Ene collaborate on design, public art, and conceptual projects under the moniker Wowhaus. (Their bicycle-powered compost mixer will be making an appearance at San Francisco’s Southern Exposure gallery this week.)

I interviewed Scott and Ene several years ago for the San Francisco Chronicle Magazine and was compelled not only by the gorgeous simplicity of Constable’s designs, but by his sincere devotion to craft and utility, in their purest forms. There is absolutely nothing retro about his work. The word “authentic” is so overused as to have almost lost its meaning these days, but it is the most accurate descriptor I can come up with for both the work Constable does and the ethos that fuels it. As he writes on Deep Craft, his new Web site and blog: Handwork may be the bedrock of innovation, but nostalgia for handwork is quicksand. 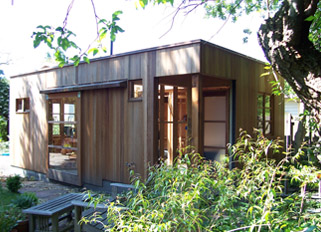 Constable built this 325 square foot guest house and studio in Berkeley out of salvaged redwood used in wine barrels (they say it still has a slight smell of vino when it rains).

This statement is number five in Constable’s Deep Craft manifesto, his impassioned yet highly reasoned call for a profound connection to our most intimate surroundings:
My argument here is that progress in manufacturing most often has origins in craft tradition, but the inevitable backlash which leads to craft revivals (Ruskin, Morris, etc.) has origins in academic nostalgia for a romanticized past. On some level, even in the Information Age, there will always be “handwork.” What needs to change is how we perceive its value. Deep Craft is not inherently anti-machine, but posits a more time-tested relationship to machine production, informed by the ethos of handwork and its more communal by-products, manifest in songs and celebrations.
The site is still in its nascent stages, but already Constable has begun documenting, among other projects and experiments, his inquiry into weaving Salmon Creek bull kelp for a California Windsor Chair he is developing. And while the Luddite in me questions whether, perhaps, the Web is just too virtual a place to be examining work so rooted in tactile experience, I do find myself captivated by the painstaking attention Constable gives to every element of his endeavors. He shares the technique used to collect the kelp, close up photographs that delineate the tensile properties of the kelp, even the contents of the breakfast he ate as he watched the tide roll out. I am fascinated by the way the site documents process, as I scroll down and see an earlier post on an old dairy barn chair Constable has discovered, with a seat re-woven from raw hide. Constable notes that he would like to adapt the pattern and we see his thinking progress: from straw to raw hide to kelp. 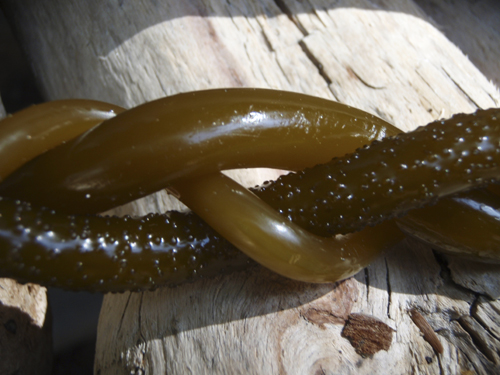 An image of woven kelp from Deep Craft.

This site not only enables us to watch the Deep Craft process unfold, it invites us to take part. Constable notes that by fall, the site will include a social networking platform “where we will collaboratively build a publicly accessible archive and network around Deep Craft concepts as they arise.” 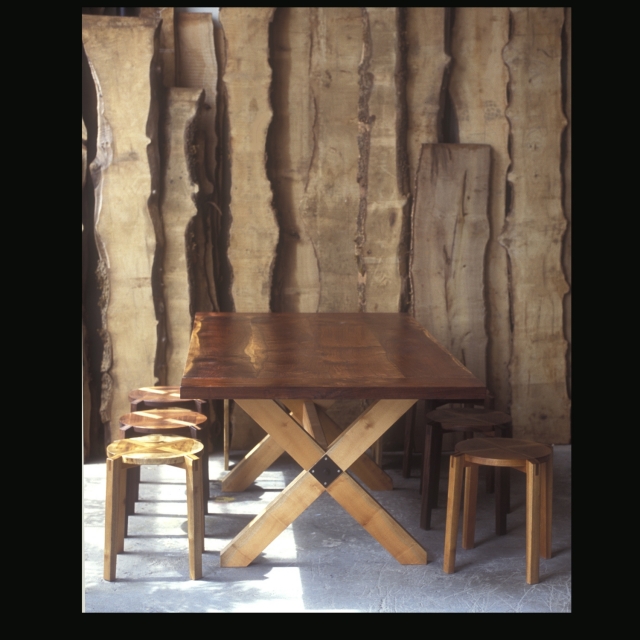