Jelly Bean is a manufactured cloud hovering over the cultural campus of Seattle Center. One of three finalists in Seattle’s Urban Intervention design ideas competition, it’s the work of Boston-based PRAUD (Dongwoo Kim and Rafael Luna), together with Cheng-Yang Lee (with Machado & Silvetti Associates), a team whose intentions are deliberately iconic. Their renderings show […]

Jelly Bean is a manufactured cloud hovering over the cultural campus of Seattle Center. One of three finalists in Seattle’s Urban Intervention design ideas competition, it’s the work of Boston-based PRAUD (Dongwoo Kim and Rafael Luna), together with Cheng-Yang Lee (with Machado & Silvetti Associates), a team whose intentions are deliberately iconic. Their renderings show how a balloon, 10 storeys up in the air, will challenge and complement Seattle’s sky-bound symbol, the 605-foot-high Space Needle that opened in 1962, and the more earthbound forms of the Gehry Associates’ Experience Music Project (EMP), opened in 2000. Jelly Bean situates itself in design history while it mediates between the lofty heights of the needle—the saucer-shaped restaurant, at 500 feet, it is just 20 feet under the highest hill in the city–and the EMP on the ground. It’s designed for visibility and impact, conceptually and literally, in its connection to the Center, neighborhood, and city. 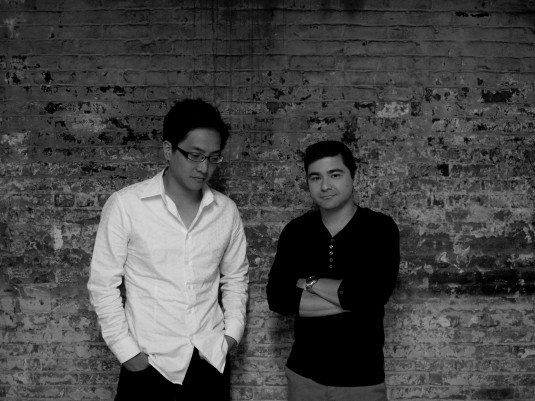 While the floating oval disk seems immense in the renderings, the plan reveals that it’s smaller than a football field, or a dirigible. And though the form and the projections on its surface will be visible well beyond the site, its most direct functions relate to a small portion of the 9-acre site of the competition. The balloon will inevitably draw the most attention but it’s the site’s complex topography, full of forms and activities that will relate to the adjacent International Fountain and South Lawn to the west. The design team has broken up the ground plane into forms reminiscent of the rounded pebbles on the beach, aiming for small, human scale spaces. They have also taken advantage of the existing elevation changes (the stadium’s field drops a storey below the ground to the south). The Jelly Bean entry proposes to stretch a taut skin of walkways above the lower field of open spaces, inverting the solids and voids–places and paths–on the ground just as they bend the vertical expectations of ground and sky by installing a “ceiling” of tethered cloud.

Their strategy for connecting the project to the campus and the city includes leaving the main paths across and into the center intact, while their message –- “here is a new special place”– will be advertised for miles. And for the spaces on the site, the cloud, at times luminous, will be an orientation point. The topography and the Bean, together, propose a range of experiences, in movement and at rest, ranging from softball to musical performances, to the ecological work of storm water management. The design has taken on an impressive challenge, to envision these experiences as compelling and innovative.

Programmed to provide projections at night, light on cloudy days, and rain on dry ones (yes, Seattle does have dry days), the Bean has a complex technical brief, with some built precedents. The PRAUD team appears to have been inspired by such temporary designs as Diller + Scofidio’s legendary “Blur” project, an inhabitable cloud designed and built for the 2002 Swiss National Expo. They are also working on this idea in other contexts, such as the adaptive reuse of an abandoned pier on the west side of Manhattan, recognized by the ENYA (Emerging New York Architects) design ideas competition earlier this year. PRAUD’s proposal for urban agriculture takes the same stance of combining an iconic, memorable form with the mechanics of conditioning a microclimate. How to do this effectively? The team continues research ways for misting vegetables or for generating a new type of public space.

For the jury, Jelly Bean offered the opportunity to explore pressing issues of climate and environment.  From the designers’ perspective, the proposal is comparable to the to the balloons that used to advertise the location where the circus was setting up in town a century ago–not the big tent itself, but the announcement for it. Conceptually, they’ve already achieved that effect, by becoming finalists in the competition. The question in front of the team now is whether the circus really is coming to town, or as the jury puts it, how to develop a final concept that more fully reflects Seattle’s character, including the city’s well known technological entrepreneurialism and civic engagement ethos.

These questions about connections to place and the broader world of ideas are  paramount in many of the 107 entries in the competition, including those commended by the jury and recognized in the Jurors Statement, as well as those projects that will be exhibited at Seattle’s Intiman Theatre during the finalists’ public presentations on May 11. The projects include other extraordinary “clouds,” as well as vast shade structures, emulating Jurgen Mayer H’s (with Arup) startling design for public space, Seville’s 2011 Metropol Parasol.

Across the range of international entries, there’s a clear desire for a powerful visual statement and a genuinely flexible environment, one that can change in a day or a decade, an environment in which people can impact public space over time. In some cases form, technology, and human behavior may need some adjusting in order to build the vision. And while many of the ideas may seem unlikely now, let’s remember what seemed unlikely in 1962.  It is all around us.

Ray Gastil is a member of the core planning team for Urban Intervention. He is currently chair in design innovation and visiting professor at Penn State’s Stuckeman School of Architecture and Landscape Architecture.

Click the links to see the Metropolis POV’s coverage of the other two finalists, Park and [In]-closure.