The Obelisk of Buenos Aires

Over two-and-a-half days the Hunter Douglas Excursion in conjunction with the Archiprix awards has shown 200 architects around the capital of Argentina. The planning for these outing takes over a year to orchestrate. Imagine this many persnickety architects—all with their own interests and agendas—being led on tours in alien surroundings. It’s seriously like herding cats.

For instance, one architect interested in Neo-Gothic structures spies his coveted building type from across the street while everyone else is checking out a post-modern bank. And he’s gone in a flash. And, inevitably, another tour member sees something she’s interested in and has left the group for a closer inspection.

But it all works—smoothly. Somehow twelve buses full of the most difficult kind of critics (bemoaning material choice, taking jabs at subcontractors, etc.) are all satiated at the end of the day. It’s definitely a feather in Hunter Douglas’ tour guide-cap that a majority of these adventurers are repeat travelers. In fact, many of this year’s new recruits I encounter were encouraged to join the South American tour by colleagues who have previously attended these tours. And participants come from far and wide—including India, South Africa, Croatia, Holland, Italy, Mexico, and Chile. The quality of the tours and the eclectic companions are exactly what makes repeat customers.

An introduction to Buenos Aires was given to the group by Professor Jorge Francisco Lierner, an expert in South American architecture (an introduction was also given provided to the group in Brazil about Sao Paulo by Dutch researcher and professor Paul Meur—an expert in the region who is curating an exhibit on the city at the Netherlands Architecture Institute in May). And then 200 architects were let loose on the city. Here are just a few examples of what was seen: 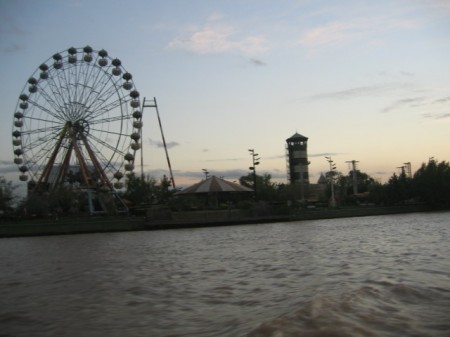 For the first night in Buenos Aires, the architects were treated to a boat tour of Tigre Delta, an area that relies on boats to weave its way through the the Estación Fluvial. Along the delta’s coasts are restaurants, resorts, a carnival (pictured), and modest homes on stitlts to avoid flooding. 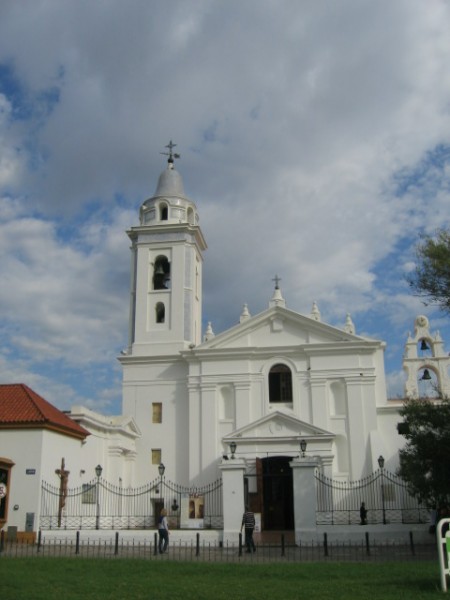 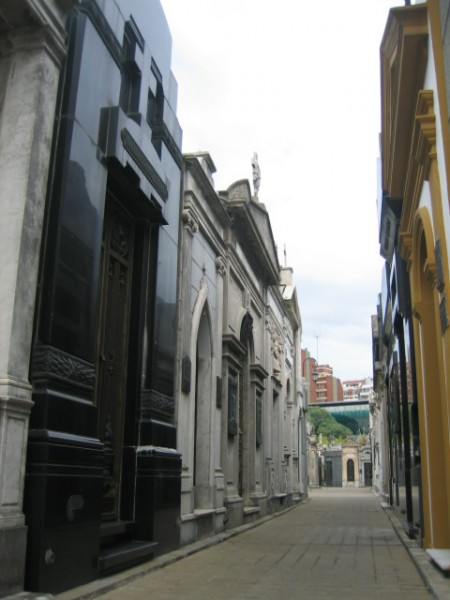 The Recoleta Cemetery designed by French engineer Prospero Catelin and refurbished Italian architect Juan Antonio Buschiazzo in 1881. Argentina’s most wealthy and influential families are buried amongst the 13-acres of mausoleums. Take a virtual stroll through the labyrinth-like paths and go here and if you want details of the mausoleums. 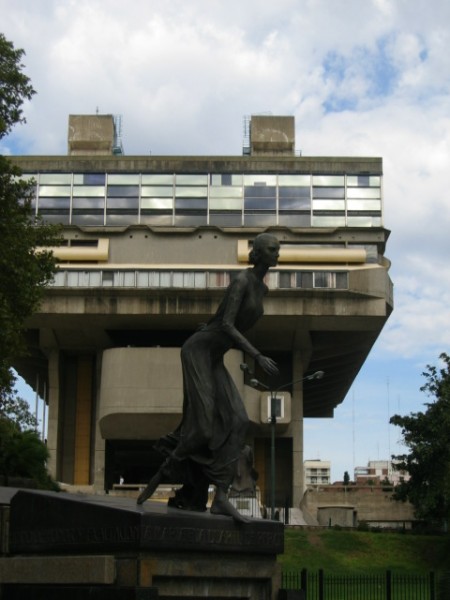 Also located in the Recoleta is the National Library (1957 – 1992) designed by architect Clorindo Testa. The library contains over two million volumes including a folio of the Gutnberg Bible. This site was once used a summer home for presidents (Note the Eva Duarte de Peron statue in front-she died at this location). The excitement over this Brutalist concrete structure had architects running up and down stairwells.

In Plaza de Mayo, a secion of the city that contains the financial district, Testa’s competition-winning design for Banco De Londres (1963), a more refined Brutalist structure can be found (pictured, lower right). 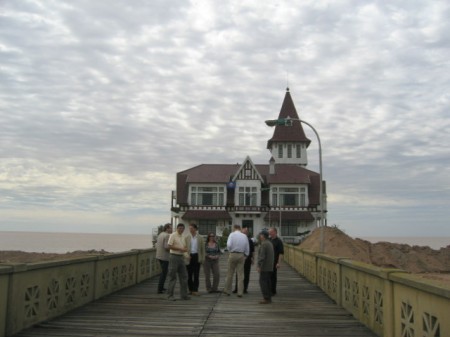 Club de Pescadores (Fisherman’s Club) was founded in 1903 but this structure was designed by by José N. Quartino and opened in 1937 (the original pier for this social group was destroyed by a storm in 1905). We stopped by for lunch-strangely, beef was served. 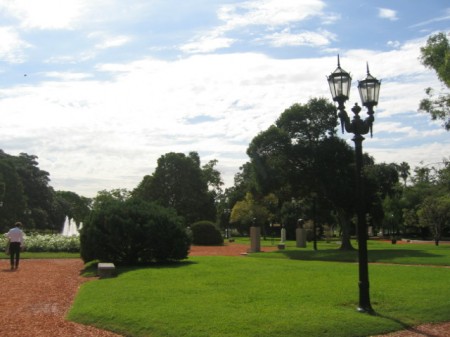 Buenos Aires is replete with public spaces-in the midst of the city, under its highways, along its harbors. But no neighborhood is greener than Palermo where you can find the zoo, the Japanese Gardens, the botanical gardens, and the Jorge Newbery park which contains the planetarium. Many of the city’s public spaces were designed by French landscape architect Carlos Thays. He served served as director of parks and sights of the city from 1892 to 1914. 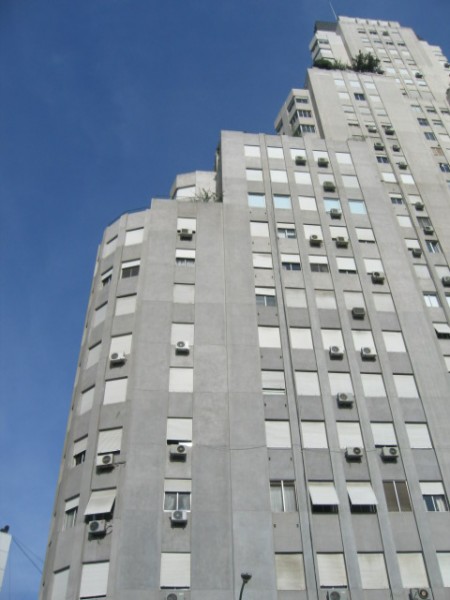 The Edificio Kavanagh designed by Gregorio Sanchez, Ernesto Lagos, and Luis Maria de la Torre in 1936 was built in tandem with the Rockefeller Center in New York. When completed, the 30-story apartment building with 105 luxurious units was the tallest building in Buenos Aires.

Warning: Vegetarians do not scroll down 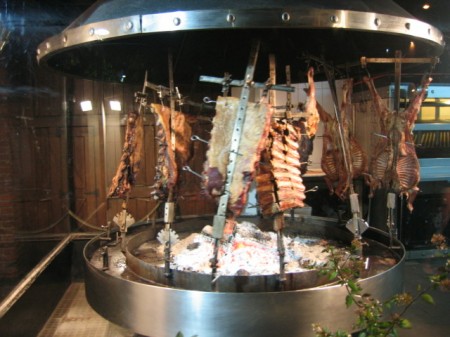 Of course dining in Argentina would not be complete without a sampling of the region’s meat, wine, and ever-present dulche de leche.

A stroll through more current projects in Buenos Aires to come….