Sao Paolo, Brazil A few years ago (truthfully, more than a “few”) I had formed an idea of Sao Paulo, based on a visit to a project by Lina Bo Bardi, the late Brazilian modernist architect. I was a student of architecture at the time and had made a point of visiting work that caught […]

A few years ago (truthfully, more than a “few”) I had formed an idea of Sao Paulo, based on a visit to a project by Lina Bo Bardi, the late Brazilian modernist architect. I was a student of architecture at the time and had made a point of visiting work that caught my attention in the magazines. Bo Bardi’s SESC-POMPEIA complex was one of these. That early architectural pilgrimage (among the first that became a life-long habit) left me with two distinct impressions: how incredibly talented and original Lina was, and how disorienting Sao Paulo was. Coming from Rio, where between Sugar Loaf and the Christ statue above the harbor, and the ocean helped you orient yourself, there were no such landmarks in Sao Paulo. As the bus meandered through the vertically-charged blocks, I was completely lost in that bland labyrinth. Ever since then this  vast placelessness has been my main memory of this megalopolis.

Last week, the SESC-POMPEIA again fulfilled its role as the city’s “ambassador”, but this time it left quite a different impression.  Immediately after landing at Guarulhos International Airport I was driven to the Bo Bardi designed culture/entertainement/sports complex SESC-POMPEIA to attend the launch of an art project that will take place in another iconic project of hers, the CASA DE VIDRO (Glass House) in September 2012. This art project will bring an international group of artists and designers together to create art work for an exhibit in the house. Introduced by the curator of the project, Hans Ulrich Obrist, two of the future exhibit participants, Rem Koolhaas and Petra Balise, were there to talk about what they are planning. 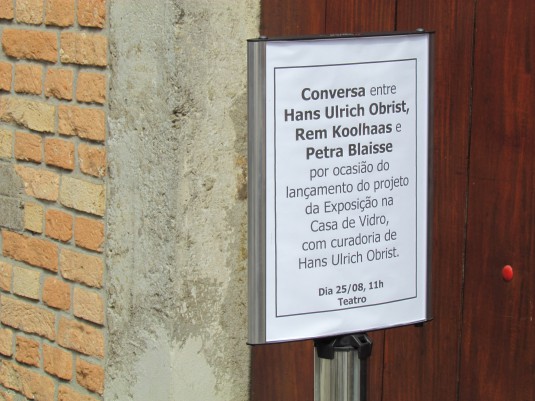 A few steps in, my host Roberto Cocenza, founder of BOOMSPDESIGN, introduced me to the who’s who of Sao Paulo’s design world, starting with Rodrigo Ohtake, son of Ruy Ohtake, the renowned architect responsible for many of the city’s landmark buildings. As passionate as his father is about his profession, Rodrigo  found Koolhaas’ comments on the role of the architect in the global society appropriate for the our times. But for him, it was  Petra Blaise’s presentation  that had a special appeal. “I was quite taken by her smart use of site-specific wallpapers, floorings, curtains, and landscape to create interventions within architecture spaces. She works with textures, colors, and transparencies in such a way that potentially oppressive spaces acquire a much lighter, more pleasant feel,” says the young architect. 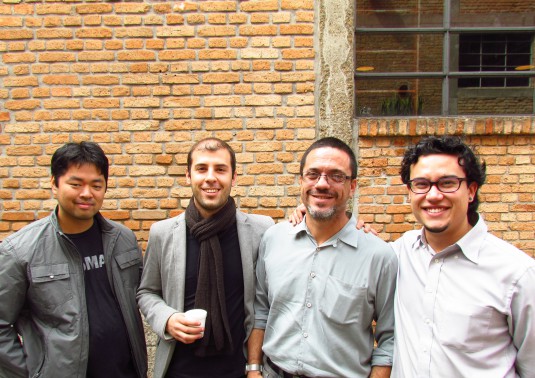 Indeed the exhibit concept and scale will favor the elegant subtleties found in Blaise’s work. Anna Carboncini, director of the Instituto Lina Bo Bardi e Pietro Maria says that this project is about the meeting of art and architecture and with that in mind, she affirms that both Lina Bo and her husband Pietro ( founder of another project by Lina Bo, the renown MASP, Museu de Arte de Sao Paulo ) would have very much appreciated this initiative. “I was thinking of them and their legacy that the Instituto supported this project,” says Anna, “as a creative homage to all they did for the arts in Brazil”.

Though I had familiarized myself with the Sao Paulo design scene back home, I was fascinated to see how the dedicated design aficionados, of all ages were willing to gather on a weekday morning to hear the talks.

Cocenza was also impressed that “two top world designers, like Rem Koolhaas and Petra Blaise, took the time to talk about a small scale, intimate, art project. It’s quite telling of how the city has arrived at.”  He should know. His BOOMSPDESIGN that just wrapped up this last Friday also brought other international design personalities, including Dror Benshetrit, Chad Oppenheim, Lorenzo Shakespear, and Matali Crasset to Sao Paulo. 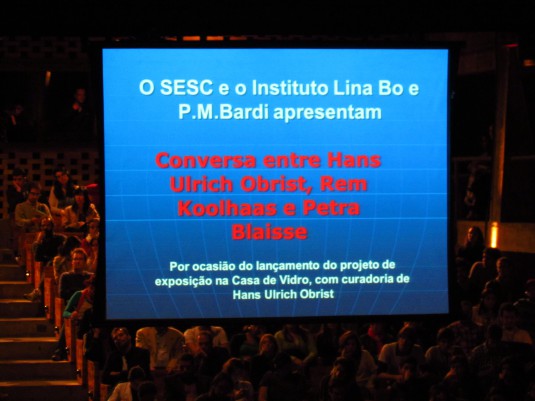 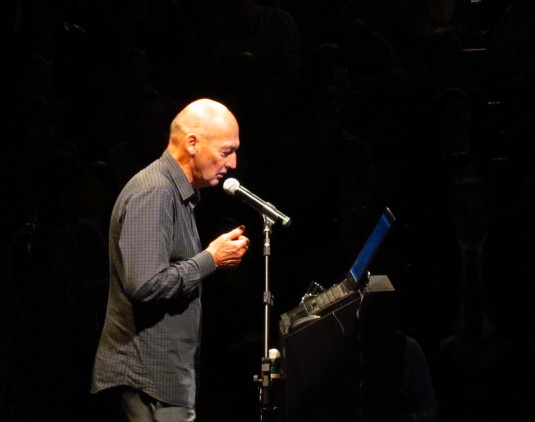 Vania Ceccotto of D & D Shopping, responsible for bringing in design celebrities like Ross Lovegrove, Gaetano Pesce, and curator Marva Griffin, says that the growing interest in the Sao Paulo design scene has made it easier to invite high profile speakers to talk. “It has become ‘in’ to have something going on with Sao Paulo,” she said.

And so in the end, this visit confirmed one of my first impressions and improved the other. Bo Bardi’s project is still as fresh and exciting and new as it was back then. An elegant balance between the warehouse spaces she re-adapted and the newly constructed parts are great expressions of her originality. 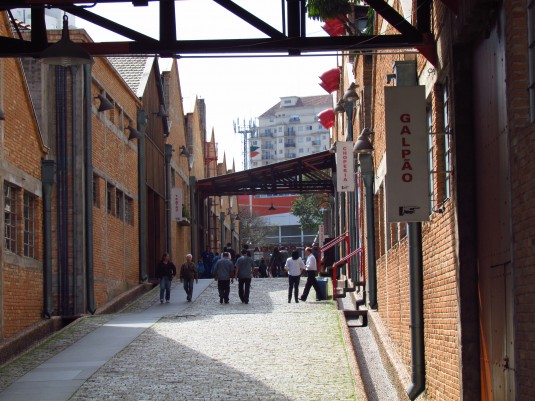 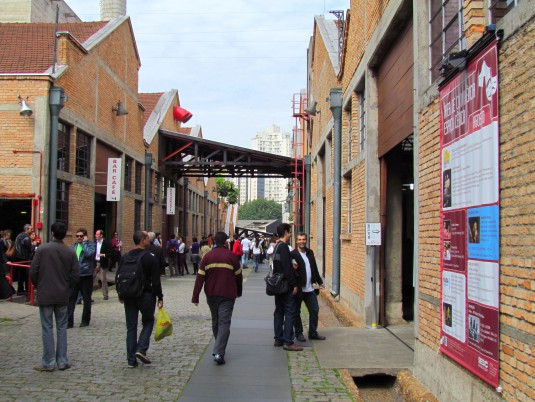 On this visit I no longer had that disorienting feeling I had during my first trip to Sao Paulo. Instead, I got the impression that this city is finding itself in design, making design part of its identity as much as the immense wealth and sprawling high rise buildings we’ve grown to associate with it. Design here is taken both seriously and passionately. And more and more, with its global outreach, we may be seeing the seeds of a lasting influence, beyond the “Brazil” hype. 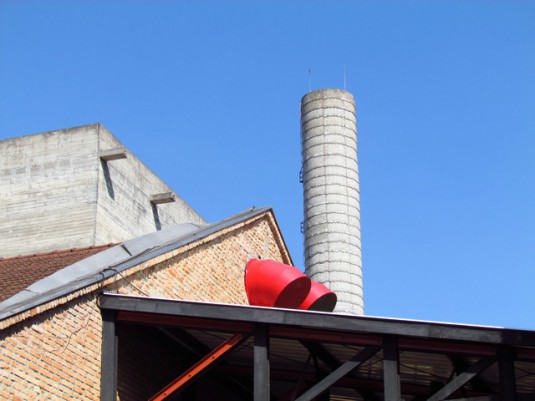 PAUL CLEMENCE is an award-winning photographer (http://paulclemence.com/) who has been shooting most of his life. His work can be seen in exhibitions as well as in major design and lifestyle publications. Over 400,000 people visit his his Architecture Photography Facebook page.