From Reclamation to Renewal

Hong Kong Island (view from Kowloon), photo: wired-destinations.com. Our interdisciplinary team, supported by the Runstad Center at the University of Washington, recently went on a research trip to Hong Kong. We were there to view the city through a multifaceted lens, looking to identify success metrics and their outcomes within the built environment. This led […]

Our interdisciplinary team, supported by the Runstad Center at the University of Washington, recently went on a research trip to Hong Kong. We were there to view the city through a multifaceted lens, looking to identify success metrics and their outcomes within the built environment. This led us to interview a diverse array of government decision-makers, private developers, investors, consultants, planners, policy-makers, and community representatives. The themes that emerged from our conversations were not quite what we expected in this intensely capitalistic city containing the most skyscrapers in the world. The glittering towers and pulsing streetscapes are on a foundation that is not quite what it seems. Hong Kong, from what we could tell, is at a monumental tipping point.

The phrase “land reclamation” is commonly used to describe the process of creating new land from sea, riverbeds or, as Webster’s puts it, from “wasteland.”Since most people associate the word reclaim with taking something back, it seems odd to use the word reclamation when it’s about creating land from something useful like the ocean or a harbor. In the case of Hong Kong, the land area wasn’t originally taken BY the sea for someone to take back, but it was certainly taken FROM the sea in order to develop something of greater economic value. It’s all a matter of perspective.

For the past 170 years, first as a British colony and then under Chinese governance, the Hong Kong government has had mostly free rein to reclaim, sell, and plan every inch of land in the region. The economic results are impressive. In 2010 the region’s Gross Domestic Product per capita was 8thin the world, right behind the United States. But decades of disputable planning policies, coupled with the public’s increasing attention to quality of life, are propelling the region into a new era. As we heard numerous times during our meetings, there are movements afoot where people are second guessing the wisdom of supporting ever-expanding economic development at the expense of their neighborhoods and their environment.

At the center of this approaching backlash is the region’s most prized asset: Victoria Harbor. In the past decade, a chasm has steadily grown in the attitudes of the government and the people towards urban planning. Since the handover in 1997, the public has experienced a paradigm shift. Residents are rejecting this “city in the sky” vision – once a symbol of a prosperous metropolis – and are now questioning whether the impenetrable walls of skyscrapers, highways, and flyovers circling the harbor are conducive to their vision of “home.” 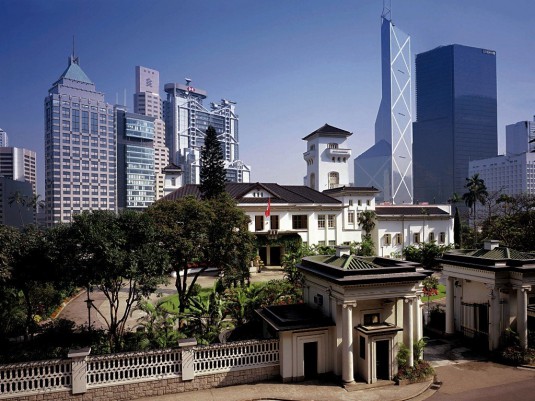 Since land reclamation first began in 1841, the harbor has shrunk to half its original size. Meanwhile, more than 17,000 acres of developed land have been added to the waterfront throughout the region – accounting for nearly 7 percent of total land area. The region’s most prominent landmarks have been built on land that was essentially “free”: Hong Kong International Airport, Two International Finance Centre, Disneyland, Hong Kong Convention and Exhibition Centre, andCyberport. 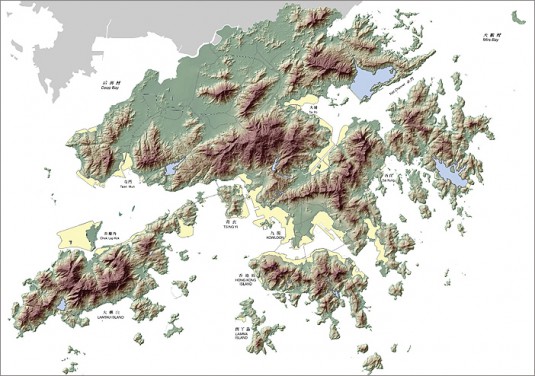 The Wan Chai neighborhood is a good case study of the long-term history of the region’s land reclamation policies. At the outset of British colonial rule, this area was the shoreline of Hong Kong Island on Victoria Harbor. To provide perspective on how much area was reclaimed since then, in Wan Chai today it would take about 20 minutes to walk from the original shoreline to the current waterfront. Today the area is filled with a colorful and bustling district of markets, shops, and restaurants at the pedestrian level. 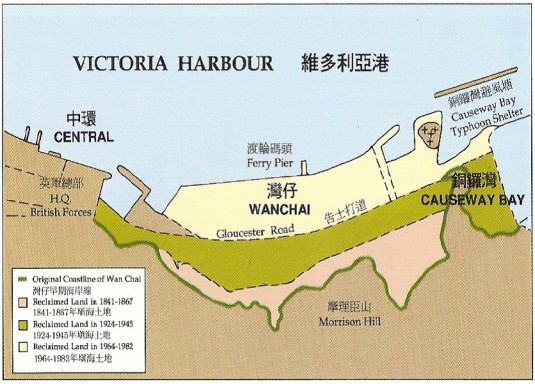 As you follow the path of reclamation toward the waterfront, however, the streets widen into boulevards and highways, and plot sizes grow correspondingly larger. The end result is walls of harborview “superblocks” along the shoreline and the complete disappearance of the vibrant street life pervasive throughout most of Hong Kong’s older neighborhoods.

Ironically, the type of development that is now most contentious is not taking new land from Victoria Harbor, but instead it is repurposing formerly reclaimed land through the process of urban renewal in the historic neighborhoods. The neighborhood opposition of the ongoing renewal of Wan Chai seems to epitomize this struggle and is reminiscent of the ever-present tension that exists between developer and community in so many places in the United States. In 2003, a small group of vocal Wan Chai neighbors organized an opposition (H-15 Concern Group) to the Urban Renewal Authority’s H15 project, an ambitious redevelopment project that has since cleared an aging housing tenement area and once included a thriving retail and arts collective at the pedestrian level, long known as Wedding Card Street. 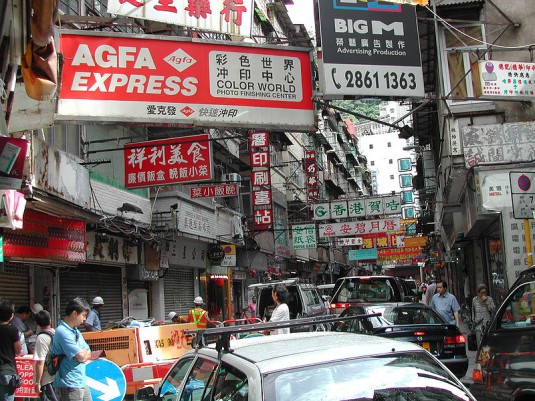 Although these passionate and articulate citizens likely feel that their voices were not heard as the bulldozers prevailed, they appear to be having a significant long-term effect on development policy and strategy in the concerned agencies. This is seen in the emerging campaigns for heritage preservation in Wan Chai, such the Blue House, the Central Police Station, and others and in the environmental movement against future reclamation projects on the waterfront. The public is shedding its feelings of helplessness against the urban planning policies of the government and is speaking up until the policies change, at least incrementally. As a result, agencies such as the (Hong Kong Urban Renewal Authority) are incorporating social, cultural, and environmental concerns into key reporting criteria within their annual reports.

So, what does this sea change mean for Hong Kong?

As in most developed real estate markets, the tension between the rights of developers, whether public or private, and the rights of the affected parties — whether the community or the environment — increase the friction, time, and costs in implementing large scale, urban development. This increased friction has a natural tendency to dampen economic growth, the exact opposite of the effect desired. As Hong Kong runs out of sea to reclaim and good will in its neighborhoods to sustain its massive development projects, there will certainly be increased costs to bear.

Each group of stakeholders in the real estate community looks at development from their own unique vantage point. More often than not, they are not looking at the perspective of the other stakeholders, but instead are myopic on their own preferred outcomes. Rarely can a project balance the needs of so many different parties successfully and still do so in a way that is efficient and financially successful. However, for a developer and the project to truly succeed in its community, the goals of these parties must be clearly defined and aligned with a system for measuring ultimate outcomes.

Perhaps if the reclamation and renewal processes in Hong Kong included clear sets of measurements for non-financial project performance, there would be a greater chance of broad project success. Think of it as the project’s over-arching community balance sheet or its non-financial assets and liabilities. Arguably, there cannot be success without damage – no winner without a loser. It is the yin and yang of the development process. However, as real estate professionals and policy makers, our responsibility should be to maximize the balance between the two, and to produce the best possible results for all the stakeholders involved.

Mark Huppert is co-founder and COO of Solarsmith LLC, a company devoted to electric vehicle infrastructure and renewable power. Mark Weigum is a Masters student in Real Estate, Both are Affiliate Fellows of the Runstad Center for Real Estate Studies in the College of Built Environments at the University of Washington. The interdisciplinary group of Fellows recently returned from a research trip to Hong Kong. Read more about their findings on their blog