Susan S. Szenasy talked with the partners at Ennead Architects about the challenges of place making, research, and mixed-use spaces in the current educational environment. 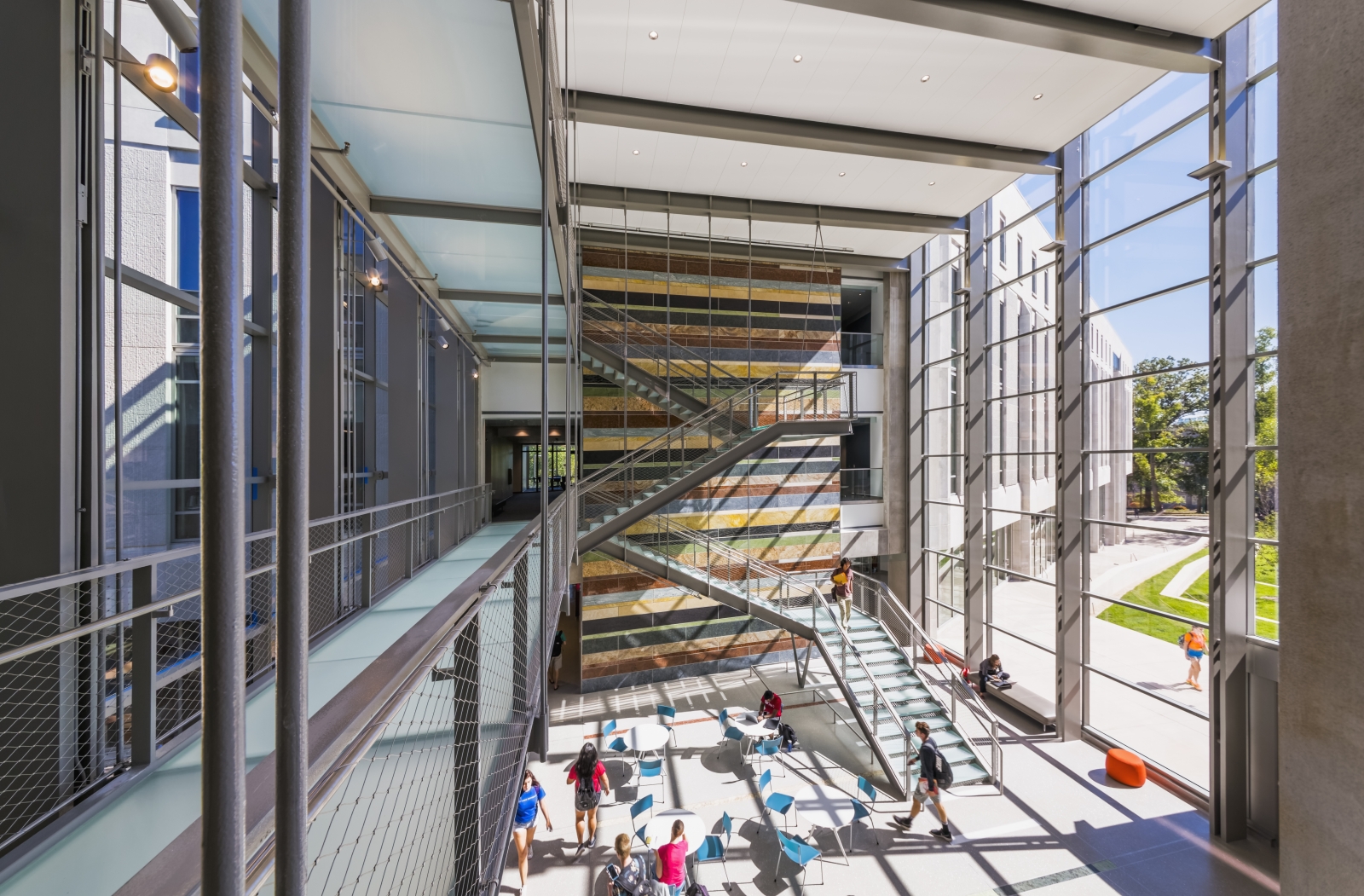 Throughout 2015, Metropolis’s publisher and editor in chief, Susan S. Szenasy, led the Metropolis Think Tank series of conversations on the seismic cultural shifts reshaping our society and the importance of injecting a new humanism into design and architecture in order to better deal with emerging challenges. As part of these ongoing discussions, Szenasy engages key industry leaders and gives a voice to different knowledge groups that participate in these processes—from architecture firms and clients to researchers and consultants.

On September 23, 2015, she talked to the partners at Ennead Architects in New York City about the challenges of place making, research, and flexible as well as mixed-use spaces in the new educational environment. What follows is an edited transcript, prepared by Dora Vanette. Think Tank 2016 kicked off in San Francisco in February.

SUSAN S. SZENASY (SSS), Metropolis: Let us try to unravel what the new college student is looking for. Universities, like workplaces, want to attract the best and the brightest, people who are going to be the next generation of leaders.

TODD SCHLIEMANN (TS), design partner, Ennead Architects: The pedagogical trend in higher education today is a collegial learning environment, with different student teams all sharing knowledge with each other toward a common learning goal. As a result, the details of classrooms have changed. The older model of the “sage on the stage” still exists, but there are now professors who record their lectures and send them out over the Internet to students, who in turn watch them outside the classroom. When the students come to class they work in groups, and the professor walks around and engages with the student groups in real time.

SUSAN T. RODRIGUEZ (STR), design partner, Ennead Architects: Student and faculty interaction is quite different from what it used to be. We’re working to create a mixed environment where once there were academic silos. Today, the building has to be a negotiator. The spaces we design are not only machines for teaching but generous spaces where real teaching and learning happen in less formal settings. Reinventing old buildings is challenging. The old rooms need to be 20 to 25 percent larger than they used to be. They need multiple screens and whiteboards, and they need to be quickly changeable between periods. So we’re trying to invent something that’s quite specific and at the same time flexible.

TS: Today’s college students are deciding to go to schools where they are closer to the real world, where there’s a sense of cross-fertilization with the practical realities of life beyond the “ivory tower.”

THOMAS WONG (TW), design partner, Ennead Architects: The convergence of traditional educational models and new innovations in technology and business methodology is transforming how we design not only academic spaces but also workplace environments. For example, we have an Ennead Lab project called Startup Box: South Bronx that envisions the next step in the evolution of entrepreneurial and educational incubator spaces. We are also exporting our findings on this relatively small project to others on a larger scale. It’s about place making for human interactions, and we design buildings that actively participate in the urban condition. 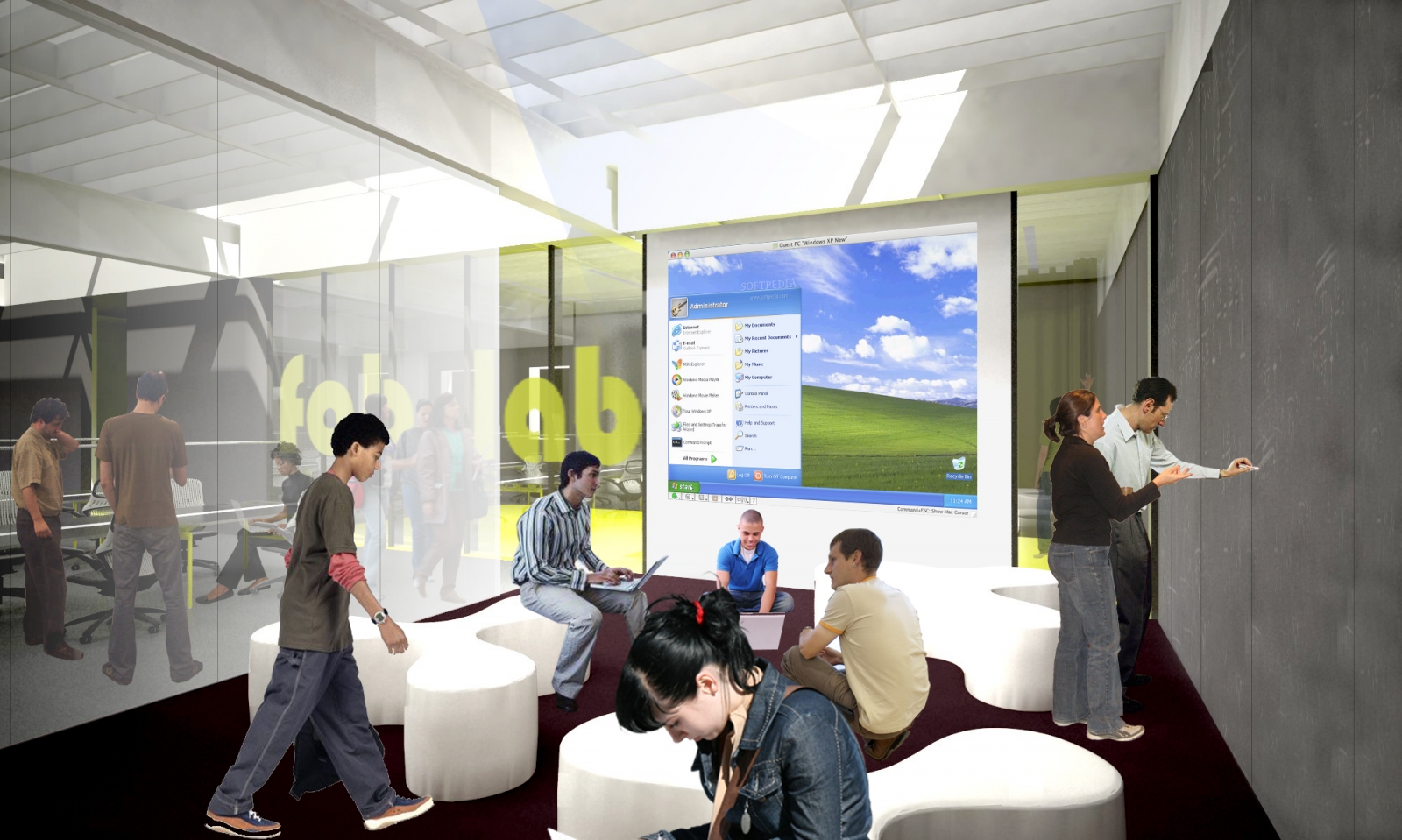 The vision for a classroom in the Ennead Lab project Startup Box: South Bronx displays the evolution of entrepreneurial and educational incubator spaces.

​SSS: There’s a growing trend on campuses to build makerspaces where students can experiment. There’s also a relatively new drive in higher education to create the next generation of entrepreneurs. How are you experiencing these developments in your work on college campuses?

TW: There’s a lot of investment in creating spaces dedicated to cross-disciplinary making. There’s the d.school at Stanford, and there’s another at Iowa State which is exactly that—a dedicated facility that actually brings all disciplines together.

SSS: How is this innovation in pedagogy shaping the college campus? Even in K-12, children have MakerBots and are working with material things, not only in the digital realm. There’s a shift at every level of learning. How does this resonate in your work?

DON WEINREICH (DW), management partner, Ennead Architects: We’re working on a high school in South Korea that has a dedicated makerspace, but in fact every classroom will have universal flexibility. This approach is about making the design less specific, so that what happens in the space isn’t prescribed. At first glance the classrooms look plain, but they’re actually a composition of teaching surfaces. We don’t pretend to know what technology will be like in five or ten years. We feel that overinvestment in something that is bound to change is not an appropriate use of resources.

STR: The flexible framework for change is crucial, but we have to be careful—providing unlimited possibilities does not necessarily serve all programs and institutional missions. We have to be wary of trends. Just look at the cycle of K-12 schools in the past. The open classrooms of the 1960s, for instance, were too big to bring air and light into the interior. Similar issues might arise in the current period of innovation and flexibility. It all goes back to the idea of programming and trying to anticipate the possibilities, but balancing that with the pressure of having to be really efficient.

DW: We are seeing the idea of flexible spaces not just in educational projects but across the board—certainly in our sciencelaboratory and museum projects. In a traditional museum you have an object and a label as an intermediary—that’s it. Some of the museums we’re designing now are set up to more thoughtfully curate the relationship between the visitor and whatever it is they’re observing through digital technology, but also through human interaction. Regardless of typology, we choreograph the circulation of the building so that the staff, who were previously hidden away upstairs—those doing scientific research or museum curatorial work, for example—now have to cross paths with the visitors and each other. 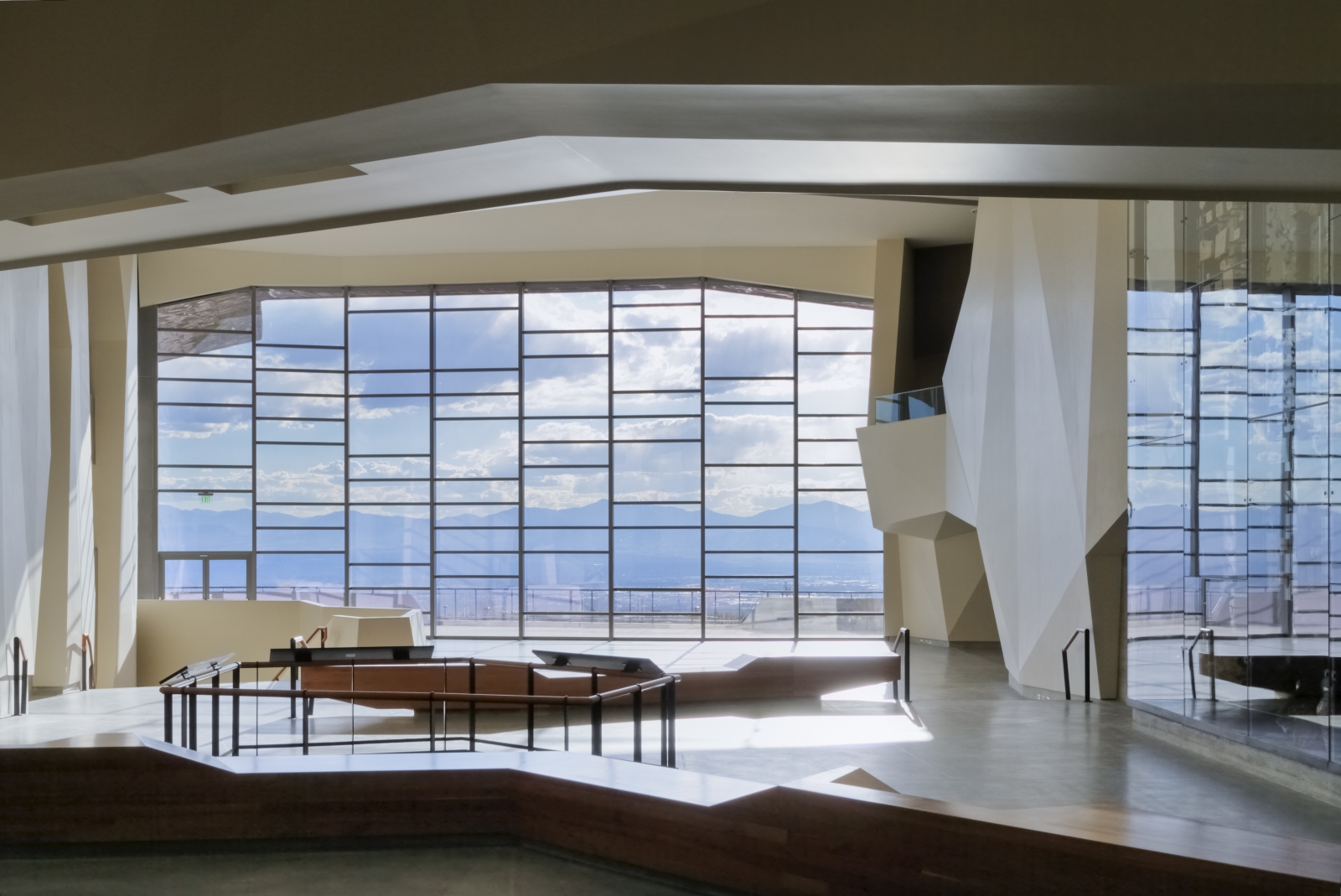 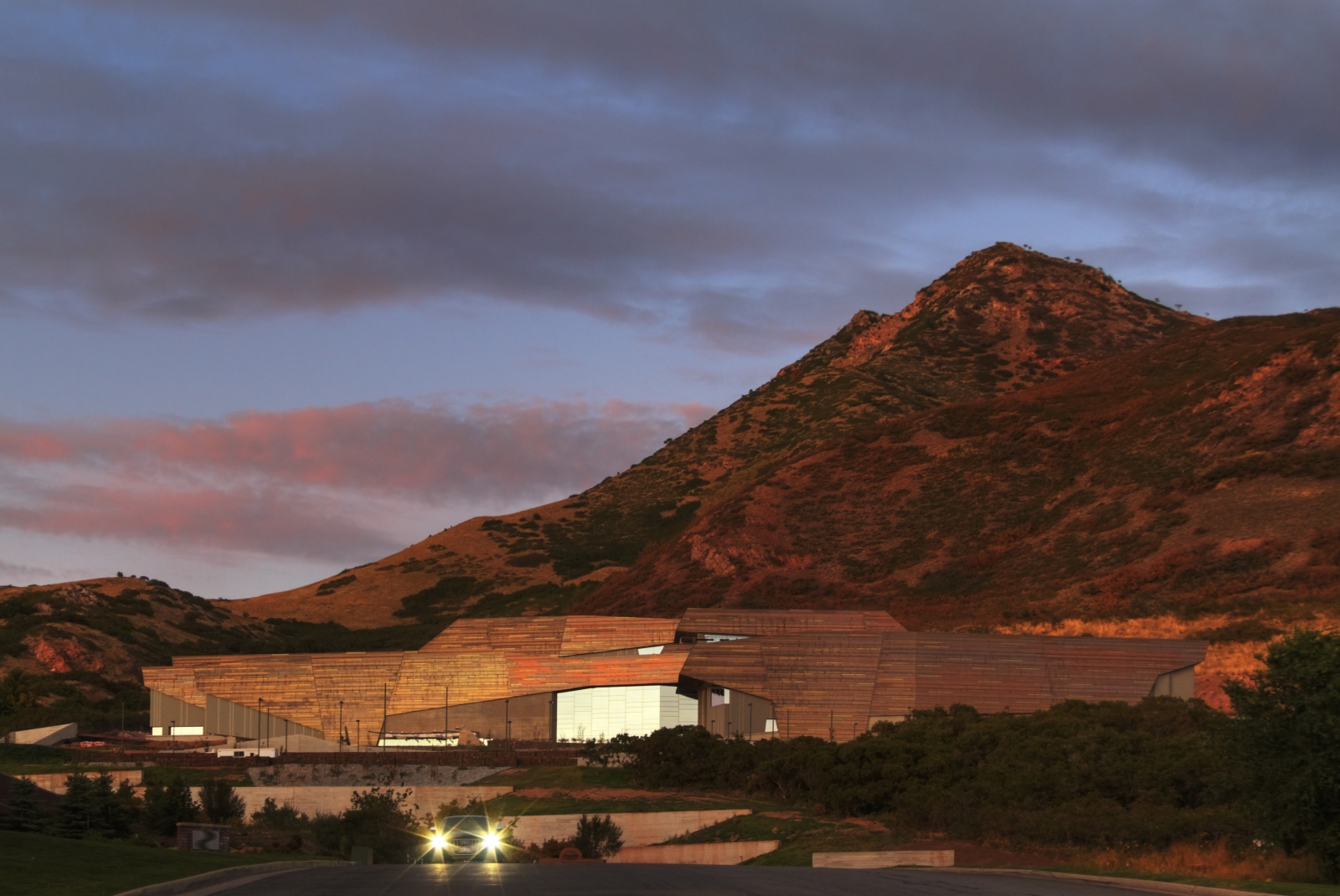 The Natural History Museum of Utah’s interior is designed to more thoughtfully curate the relationship between the visitor and whatever it is they’re observing through digital technology, but also through human interaction. Interior and exteriors of the museum; design partner Todd Schliemann and management partner Don Weinreich

The Role Of Research

TW: We are pursuing an all-encompassing set of issues. One beauty of our practice is that we have a shared platform, and we don’t divide it into specific studios, where partners are focused on specific disciplines. STR: We’re more humanists than scientists. And we value the experience of a space as much as formal invention. It comes down to not only creating the big framework but paying attention to every detail along the way. Besides our common values, we share the idea of not coming to a project with a predisposed set of beliefs. We don’t say, “This is what it’s going to be.” The politics of what we do are very complicated in that everything is in the public realm. To build a case for the structures we design, to make them into something that will be lasting and memorable, we start with a strong foundation that is built on knowledge and based on research.

TS: We believe that the public realm profoundly informs the making of a building. We also believe in a deeply collaborative process that gets the different voices on a project to move forward at the same time toward the same goal. This idea of collaboration goes even further in how we work with our clients but also in how we expect our buildings to communicate with the communities they’re in.

Architecture for the Changing Environment

STR: You would think that we’re long past the idea of defining things by walls, but we’re still in a culture that’s quite hesitant to break them down. We’re experiencing backlash from those who raced headlong into open planning. Now we’re being asked to find the right balance between open and closed, between transparency and opacity. In order to address this, we are reexamining how people work, and exploring the variety of spaces needed to accommodate these ideas. At the root of the problem is the issue of scale, which is really important. There is a monolithic aspect to a lot of buildings, giving no expression to the variety of programs that take place inside them. We need to break down massive, seemingly impenetrable spaces and turn them into spaces that people can negotiate. How do you translate a building into a living, breathing organism? We can plan to accommodate things that happen over time, provide little nooks and crannies, and take all the disparate pieces and put them together to create moments for special things to happen and for communities to come together.

TS: Think about older college campuses and the way the buildings are situated around a green space, with a network of pathways. When I was in school, I would choose a different path every day because there were many ways to go to the same place. I would get a chance to see different disciplines by varying my route, not just outside but inside the buildings as well. We need to talk about similar overlays of different networks of pathways inside buildings to achieve the same goal. When we design buildings on college campuses, they are extensions of the outdoor network and can connect to the rest of the campus. 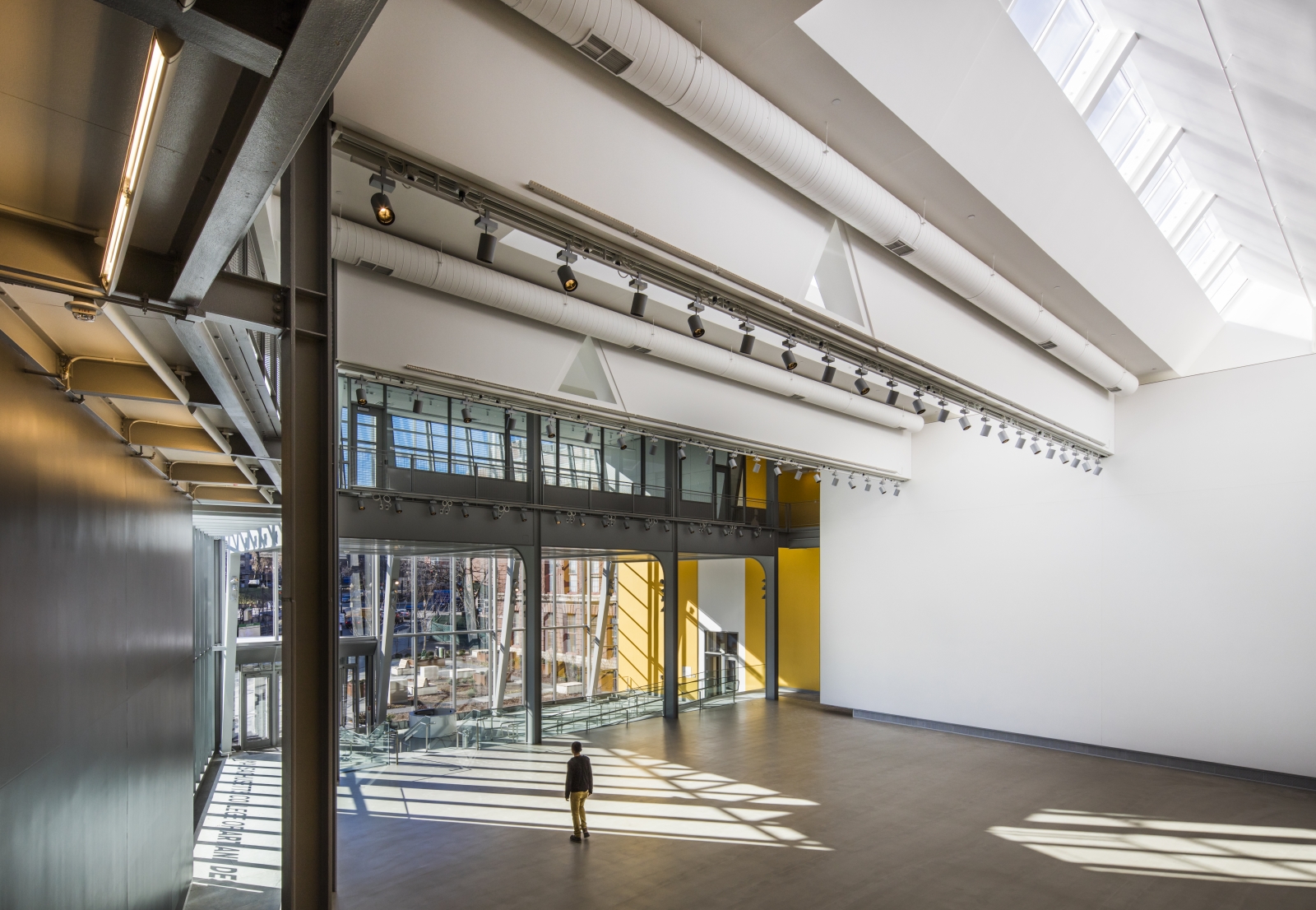 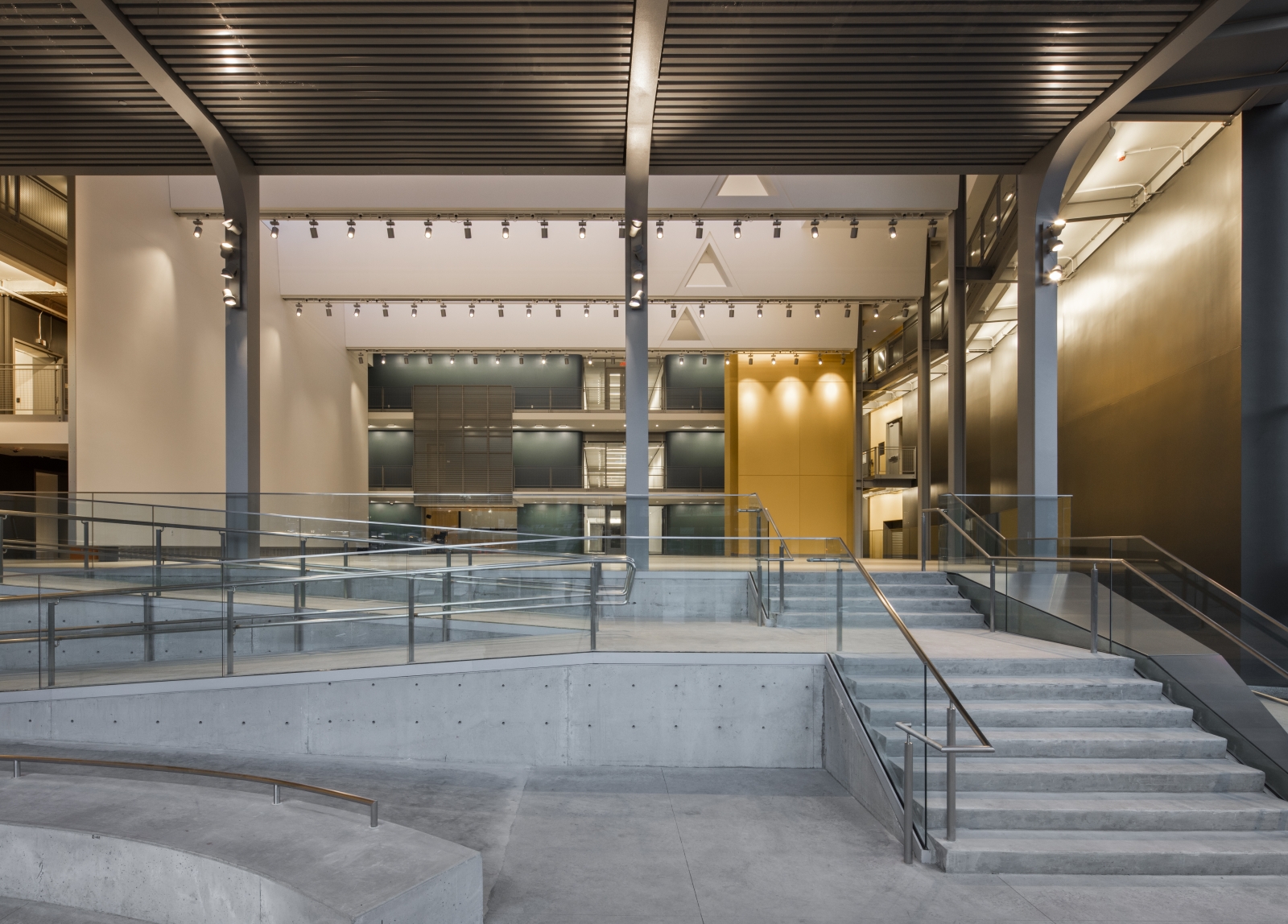 TW: Many things make a successful place. But I’ll start with one. A place is often helped by identity. It can’t be an anonymous set of things.

SSS: Is there something that makes you ask yourself, “If I could only do this, our project would be so much better”?

STR: Construction is now so speedy that by the time the building is done, elements can be outmoded as new innovations come along. So we have to anticipate a future but we don’t know what it is. I think the most flexible building is a loft building. It can be residential, an office, a place of manufacturing—it can be anything.

TS: When working in the public realm, oftentimes we’re making presentations to communities, and we have to explain our architecture so they understand it. We can’t just get up there and say, “This is my design, take it or leave it.”

STR: That’s where you have the idea of reciprocity. Rather than just coming in and depositing whatever you think is right, by having an actual dialogue with the community you are inherently setting the project up to be not just a building but an experience that enriches the public realm.

This Metropolis Think Tank conversation is presented in partnership with our sponsors, Bretford, DuPont Solid Surfaces, Sunbrella, Teknion, and USG.