Inside a Sears Home

The Sears Modern Home celebrates its 100th anniversary this year and it raises some questions about the modern prefab movement.

I recently spent a weekend in Cape May, New Jersey with a group of friends. It was my first trip to the beach town, and I had prepared myself for streets lined with fussy, ornate Victorians. I had not properly prepared myself, however, for the onslaught of Victorian-clad historical actors sipping tea on the porches of B&Bs. It quickly devolved from quaint to rather creepy. All of which made our own lodging situation a very pleasant surprise: we stayed in a solid and simple 1908 Sears Home purchased from the Modern Homes catalogue (with no period actors on the porch, thank god). 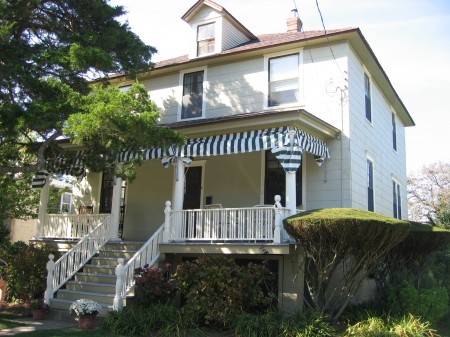 Sold between 1908 and 1940, the Sears Modern Home offered several models that could be customized by the homeowner and built on site from prefabricated pieces. The models ranged from expensive and fully outfitted primary residences, to modest vacation homes with optional plumbing. You could choose interior trim, flooring, windows, and hardware. You had the option of building it yourself or using the Sears contractors (a friend reminded me of a hilarious Buster Keaton film called One Week, which is about a newlywed couple trying to put together their own Sears home. They are foiled by a jealous man who re-numbers the boxes of parts.)

The design we stayed in was released in 1908 and is called The Hamilton or Modern Home No. 102. It ranged in price from $1023 to $2,385 depending on the interior options. Houses that year could also be purchased for as little as $107.

I’ve always been fascinated by the Sears Home concept, but until now, had never been in one and if my host had not told me what it was, I never would have recognized it. This was, in fact, part of the mission, according to the Sears archive. “Sears was not an innovative home designer. Sears was instead a very able follower of popular home designs but with the added advantage of modifying houses and hardware according to buyer tastes.” People could design their own homes as well and submit their plans to Sears. The company would cut the pieces to order and send the house to the homeowner in a kit of parts. The goal was to make stylish, affordable homes easy to assemble. They developed a balloon style of framing that required only one carpenter and introduced drywall. 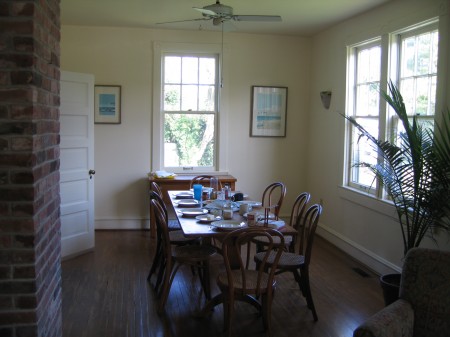 The home originally had a wall between the living and dining rooms, but the current owner removed it to create an open floorplan. 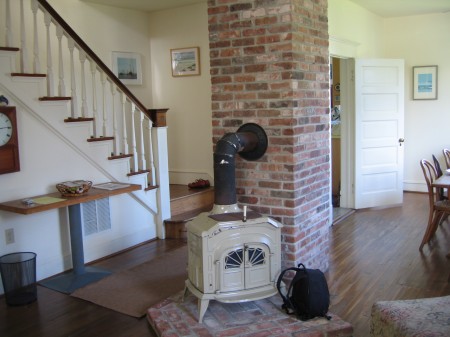 I was struck by how solidly this house has stood the test of time. Not a creaking floorboard to be found. Most of the guests had a similar reaction: no one took it for prefab. Which raised an interesting conundrum regarding the modern prefab movement. An informal poll on my part ( very informal: it was taken over several beers at a local pub called the Ugly Mug) found that most of my friends see today’s prefab as overly complex, experimental, and expensive. Some said they didn’t think modern prefab could last 100 years like The Hamilton. Asked to name some examples of modern prefab, most cited designers (Kieran Timberlake, dwell homes). Somehow, prefab has become synonymous with the designer, not the homeowner. Conversely, Sears never set out to see its designs showcased in museum exhibitions; rather they wanted to transform the way real people bought and built housing. They managed to marry the latest in modern technological advances (indoor plumbing, drywall, balloon framing, etc.) with designs that resonated with homeowners of the time. And they put the focus on the end user. This also explains why it can be so hard to spot a Sears Modern Home. Again from their archive: “The Modern Homes program encouraged custom designing houses down to the color of the cabinetry hardware. The difficulty in identifying a Sears home is just a reflection of the unique design and tastes of the original buyer.”