The weeks leading up to the installation near the Mall in Washington DC were some of the longest work weeks of my life (this is coming from some one who has been in the construction industry professionally for a number of years prior to enrolling at the Southern California Institute of Architecture, SCI-Arc). This being […]

The weeks leading up to the installation near the Mall in Washington DC were some of the longest work weeks of my life (this is coming from some one who has been in the construction industry professionally for a number of years prior to enrolling at the Southern California Institute of Architecture, SCI-Arc). This being an unprecedented experience, I was unsure of what to expect, especially after the grueling past weeks. Seven days to fully assemble a house containing a number of elements that had yet to be completely realized is a daunting task, especially with a crew of students. Though seasoned by six months of intense construction experience (our team built the house with almost no subcontracting) it was unclear how things would unfold in West Potomac Park. As the four trucks carrying the modules traveled across the country our team filtered into the capital eager and anxious to begin assembly.

In design school a student spends so much time designing and redesigning each project that the scope of work involved in actual construction is well beyond his or her comprehension. Though the Solar Decathlon (through October 2) project lacks much of the organizational and bureaucratic complexity of a “real” architectural project, it remains filled with many of its own unique challenges.

Internally, organizing 40 students from two separate schools on a single project is no small task. Externally, handling the sponsors, donors, consultants, media, and all the logistics involved with transporting a home across the country can get complex quickly and if not organized will lead to failure. Every team faces these challenges, of course, and their respective solutions are woven into the project early on. Being from SCI-Arc, I can only comment on our experience, which I suspect is unique, due to the small size of the SCI-Arc / Caltech facilities. The challenge, then, must be handled by the students in tandem with the design and construction of the project. The ability of our team to self-organize and to adapt is something we’re immensely proud of.

The day the trucks arrived in DC was exhilarating. It was a relief to see each truck roll around the bend with our house safely strapped down. We were fortunate to have a staging area where we could unload the trailers and prepare the modules for craning. The Conway Corporation generously let us use their facilities for the days leading up to assembly. Here, each truck was unpacked, and the modules inspected. Modules 1, 2, and 4 were in great shape, but the rear of module 3 had slipped off its sleepers causing some damage to a few of the shear walls. Luckily, the damage was only cosmetic. It’s moments like this when the benefit of building things ourselves is really apparent. Because we built it, each of us has intimate knowledge of how the building was made. This makes emergency repairs easy to evaluate and to solve. 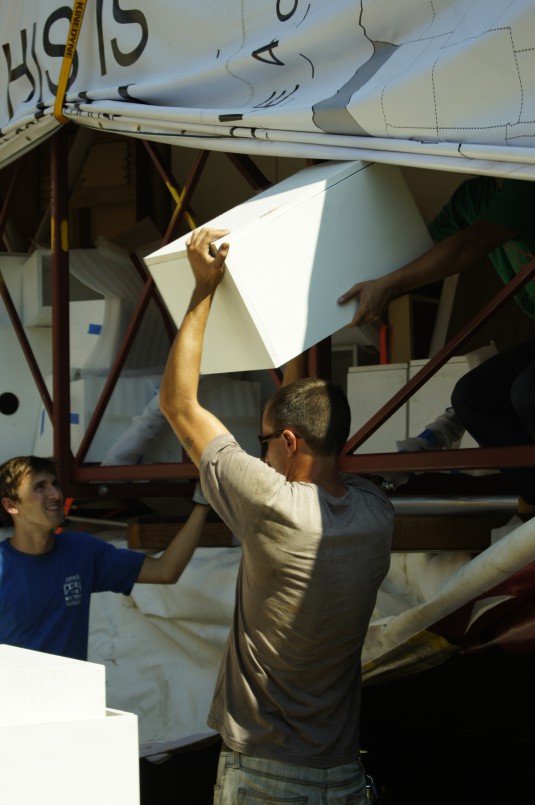 September 13th at 11 p.m., the first shift of our team was sitting by with trucks packed ready to unleash a fury of ambition on the West Potomac Park. As soon as we were given the go we rolled in, bolting foundation pieces, organizing tools, and prepping the site for the modules to arrive in the next few hours. We worked around the clock in 13-hour shifts. Each shift balanced to contain the right mixture of expertise and skill. The modules were craned in and bolted together on the first day. Following the removal of the bracing, we began installing the insulation, skin, engineering systems, decks ramps, and interior. The process went according to plan, in general. We did lose a few hours here and there due to differences in new equipment, oversight, and transportation damage, but each problem was short-lived, again due to our complete knowledge of the building construction and systems. 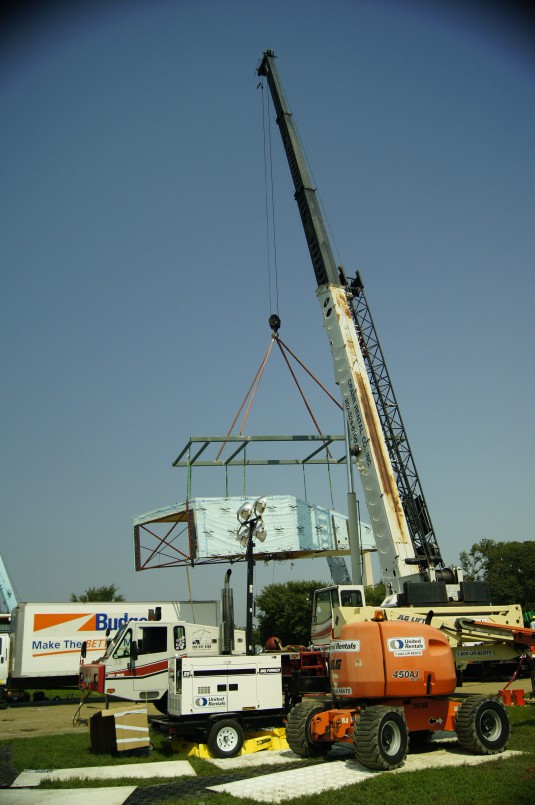 One of the many things I learned through this phase of the project is that modularity, a word often touted in this competition, has a very nuanced definition. It shifts depending on the economy and flexibility of its components and is seen throughout the competition, from the delivery of assembled components to the assembly of its individual parts. Each has its own geographical, economical, and cultural limits that will continue to be tested and evolved further in future competitions. 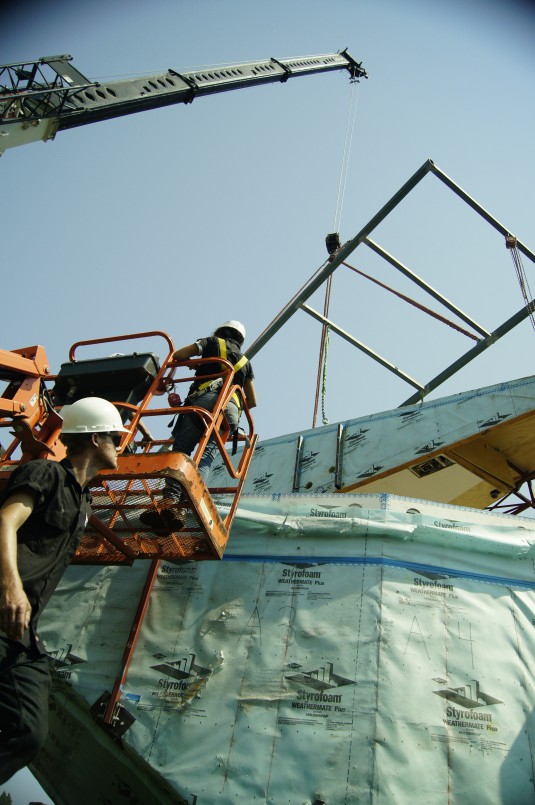 After two years of planning, 6 months of construction, 3,000 miles of trucking, 16 hours of craning, the many tests, prototypes, and countless student hours that went into this project I can say that no one could have foreseen all of the challenges we’d face. CHIP (Compact, Hyper-Insulated Prototype) was only made possible by a motivated team with a wide range of experience and skill.