An IV drip of espresso would have stimulated the brain less than an afternoon at CUSP, the two-day innovation conference–created and hosted by design firm smbolic–that flipped Chicago’s lid last week. Swampman kicked it off. Covered in head-to-foot, craft-store moss, former priest Mike Ivers took the stage, complaining of deadlines: “I’m swamped!” he shouted, shedding […]

An IV drip of espresso would have stimulated the brain less than an afternoon at CUSP, the two-day innovation conference–created and hosted by design firm smbolic–that flipped Chicago’s lid last week.

Ivers, now President of Goodcity, a capacity-building organization for NPOs, proposed his perspective on swamps–or the social, economic and personal problems we’re trying to design ourselves out of. To find our way out of the bog, we have to get lost in it first. “Let us shift the paradigm of life’s swamps, and see them as adventures–frightening and scary, but always exhilarating!”

Halleluiah. Conferrers then dove into the “gumbo mud” and morass of Broken Systems like health care, food distribution, manufacturing and education. 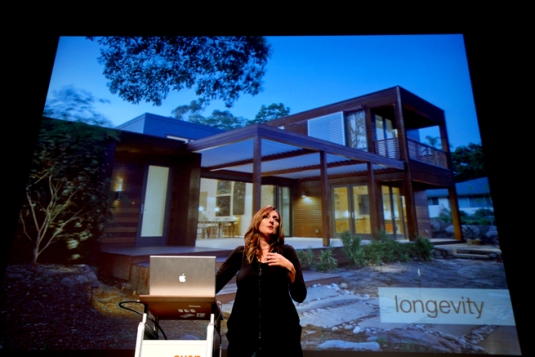 Michelle Kaufmann presented her smart homes, which have the Sierra Club calling her “the Henry Ford of green homes.” Biomimicry expert Whitney Hopkins posited that, if designers and companies started emulating nature, we’d “take care of the planet that will take care of our offspring.” And if there were a molecule of pretension within a mile radius, it vaporized when tattooed Mayor John Fetterman of Braddock, Pennsylvania–more death metal, sartorially, than municipal–talked about revitalizing his community.

The 27 presentations were diverse in the extreme (included in the mix: gansta-scholar Baba Brinkman, who rapped about Darwin), making manifest CUSP’s tagline, “a conference about the design of everything.” But a commonality surfaced: The story of careers progressing according to plan, until some problematic truth made it impossible to stay the course. 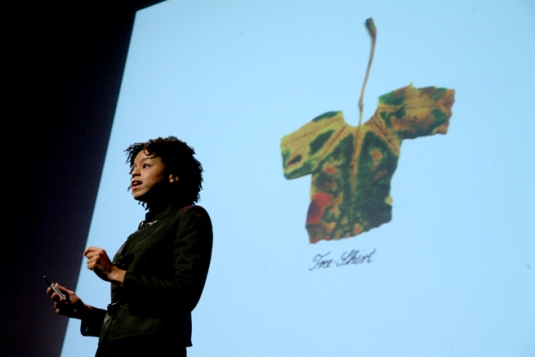 Fresh from school, Natalia Allen won acclaim for her high-tech apparel. Soon, though, she had misgivings about fashion’s relationship to the environment. “We’ve been taught to design recklessly,” she said. “We move from season to season, reverie to reverie, inspiration to inspiration.” Allen founded Design Futurist to upend that standard, creating sustainable solutions for the likes of Calvin Klein. 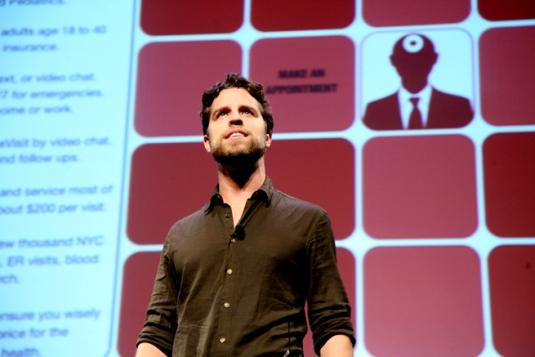 Having trained at Johns Hopkins, Jay Parkinson was primed for a doctor’s life, healing with scalpels and pills. But he realized Americans were dying of conditions that start with behavior, like obesity. And since scalpels and pills don’t change behavior…. Well, so much for linear career trajectories. His Future Well designs solutions to help people live happier, not just longer, lives.

Then there’s Tim Will, who had only just retired–envisioning a quiet farm life–when he met his new neighbors, Appalachian farmers crushed by the U.S. food distribution system. Enter retirement Plan B. His Foothills Connect Business & Technology Center trains farmers to sell high-end produce to chefs. Having eliminated the middleman, these small farmers take home more per unit and thrive. 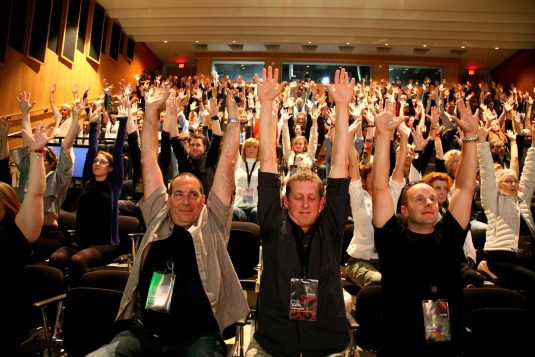 “What’s the purpose of your life’s swamp?” Ivers semi-shouted in his keynote. And if CUSP had a primary takeaway, it would be that, once you find it, innovation follows.

At the risk of sounding sauced on conference Kool-Aid, one last thing: CUSP provided a rare chance to feel part of something bigger than its facts. It was, in fact, a “conference,” for instance. But that’s an anemic descriptor for how it played out, as a 48-hour mosh pit of neural activity and design optimism. By the end of day two, people were just as swamped as Mossman–with ideas, inspiration and connections.