“Frozen Skyline[i]” and “Layoffs Sweep Architecture Profession as Economy Worsens[ii]” were the headlines in 2008. Architects watched projects put on hold, hoping for a more favorable financial climate even as projects in the pipeline dissolved. In 2009, one article listing architecture as the Number One hardest hit profession, described the situation: “it was the worst […]

“Frozen Skyline[i]” and “Layoffs Sweep Architecture Profession as Economy Worsens[ii]” were the headlines in 2008. Architects watched projects put on hold, hoping for a more favorable financial climate even as projects in the pipeline dissolved. In 2009, one article listing architecture as the Number One hardest hit profession, described the situation: “it was the worst of times, and it was the worst of times.”[iii]

Four years later, while other industries have seen some recovery, architecture and construction continue to languish. The number of employed architects has steadily declined from 2008, currently resting at 70% of the pre-recession peak numbers. This lingering atrophy begs the question: will we ever recover to pre-recession numbers or will the current situation be ossified, permanently restructuring architecture as a smaller industry?

Last week, Yale University hosted a panel discussion on job creation, featuring Rick Levin, the University’s president and an economist, as well as distinguished faculty members Robert Shiller, John Geanakoplos, Judith Chevalier, William Nordhaus, and Aleh Tsyvinski. President Levin spoke about the university’s obligation to address the current and growing unemployment protests around the country, and how a discussion between economic thinkers on an innovative, academic level, might offer generative ideas to the dialogue at the federal level.

The conversation engaged job creation at a comfortable distance, focusing on how it relates to political policies that address the troubled economy as a whole.  Several speakers directed our view toward longer-term planning and a 30,000-foot view.

“When we go through a crisis like this, it’s time for us to improve everything,” posed Shiller and added, “I think the general trend should be towards improving and extending our financial markets.” Tsyvinski furthered the idea, pointing negatively to a “tendency now to talk about today, now, the crisis, the horrible situation we’re in now”.  He warned that “the focus on…what to do about the crisis, I think, overshadows a much bigger problem: the long term economic growth.”

While a focus on short term planning seems valid, even crucially important, this approach alone overlooks the reality of industries like real estate, design, and construction, which operate on very long schedules, for which foundations for the ‘long term’ start now, or even more accurately, yesterday.

Building and infrastructure projects have an unusually long time frame, the largest and most complicated projects involving multiple years in the design process and then, again, multiple years in the construction phase.  And as for the future health of the architecture and construction industries, it’s as important to be looking toward long-term future growth, as it is to be looking toward short term, more immediate growth. When asked specifically about the languishing state of these industries and potential for future growth, the panel’s responses were varied.

Geanakoplos was optimistic, speaking to potential growth in residential building, “there have hardly been any new houses built in the last four years…plus there are a lot of young people coming of house-owning age, so if you just look demographically at what should be happening now, we should be starting a new housing boom.”  He went on, “the trouble is that housing prices are still being held so low…but all the elements are there for a renaissance, tremendous resurgence in housing construction…we’ve hardly ever had so few houses built over a four year period.”

Shiller had a more neutral outlook, “Housing booms historically are very rare on a national scale…I’m not saying for sure…but we shouldn’t have the idea that the next boom is right around the corner.”  He referenced the Japanese housing market that, starting in 1991, went downhill for 15 consecutive years.

A member of the audience spoke about how modernizing and beautifying existing structures, especially with energy retrofitting devices, can create jobs while essentially paying for themselves in energy savings. Levin agreed that energy retrofitting can offer significant returns, however for very comprehensive renovations like the ones he’s overseen at Yale, that’s not always the case, at least not right away.

William Nordhaus closed by reminding us that because construction expenditure accounts for only a small part of our economy, this issue will not make or break the future U.S. economy as a whole.  Looking at one industry won’t solve the U.S.’s problems.

I waited for a bottom up conversation about what individuals, companies, corporations are doing and could be doing to promote job creation and a more specific evaluation of the future of specific industries, especially industries like architecture and construction that often require years of pre-planning to secure future work.  It would have been more comforting to focus optimistically on the near term, rather than the top-down, policy component.  But the university’s willingness to engage with uncomfortable issues was admirable, and the conversation thought provoking at a macro level.

One can’t help being reminded of the chronically unemployed, and the new job seekers graduating into a market that can’t absorb them, but perhaps the real value in this meeting was bringing an example of an enlightened academic presence in the national dialogue with a more comprehensive conversation. 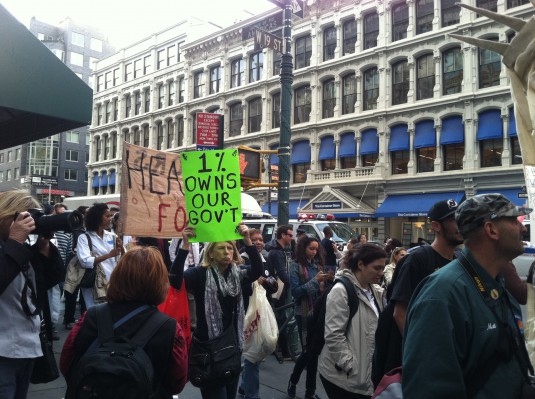 The Yale University panel discussion can be viewed here

Kathryn Lenehan is a student in Yale School of Architecture post-professional master’s program.  She received her Bachelor in Architecture from the University of Notre Dame.