On October 14th 2011, Moore College of Art & Design and Metropolis magazine presented a symposium with Editor-In-Chief Susan S. Szenasy and leading Philadelphia designers on research shaping contemporary practice. Szenasy screened the Metropolis film “Brilliant Simplicity: 15 Designers Research Collaborate Innovate,” then she and the three panelists launched into a lively discussion. Andrew Dahlgren, whose story follows, was one of the invited participants.

“My dream is to have a sheep farm in Philadelphia.”

Industrial designer Andrew Dahlgren arrived in Philadelphia in the summer of 2005, from North Carolina via Austin, where he spent a year and a half working as a woodworker/craftsman involved in community gardening. As a new design student in the city he hoped to knit together three focused strands of thought: Discovering a meaningful way of making things, sustainability, and design.

He ended up with a grand, almost Utopian entrepreneurial vision to resurrect the knitting industry in the once textile-dominant city of Philadelphia. ADMK, his project management and “industry design” company, is re-envisioning textile manufacturing and labor, revolutionizing the classic cottage industry model for the 21st century. 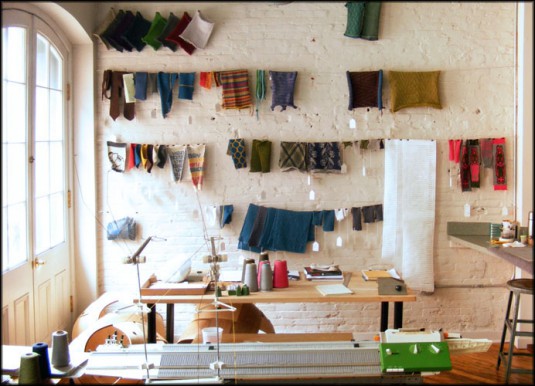 In the fall of 2009 a friend handed Dahlgren a broken down knitting machine made by the Brother Label Manufacturing Company. Dahlgren saw a “gleaming opportunity” embodied in the intricacies of that machine, a vision that has propelled his design career and decision making ever since.

His arrival in the City of Brotherly Love dovetailed precisely with the advent of “DesignPhiladelphia,” a hugely successful annual event that promotes design in the city through symposia, exhibits, demonstrations and the like. Dahlgren sees his own work in the context of the extraordinary blossoming of design and connectivity in the city. As intense and broad as his ambitions are, he is quick to cite similar progress already being made by other 21st century industrialists in New Orleans and overseas, notably Japan and Germany.

A cradle-to-cradle approach to a knitting business that is environmentally respectful and, simultaneously, generates economic hope begins with the shearing of sheep. Yet “sustainability” is already too loaded or ubiquitous a term to Dahlgren. Instead, his emphasis is on developing a regional knitting industry based on sound (nonetheless, self-sustaining) ideas for technology distribution and production hubs. His previous studies of permaculture infuse a biologically influenced structure into his conceptual diagrams for sparking industry. Knitting, as a single strand or stream technology, transmutes into an elegant model for industry in the new millennium as Dahlgren sees it.

“Ultimately, what we are talking about is a new way of living,” says Dahlgren. Pattern files can be digitally conveyed to satellite knitters in their homes who may, in turn, use the knitting machines to provide for themselves beyond their contracted production. 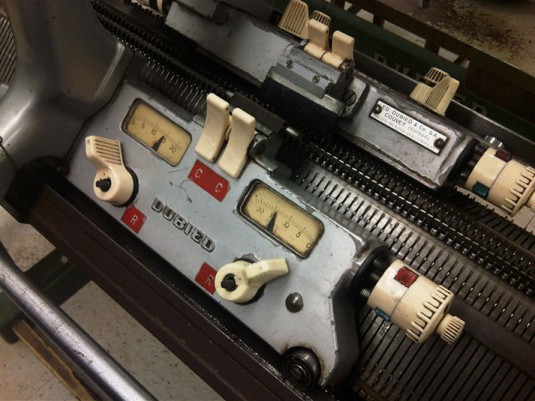 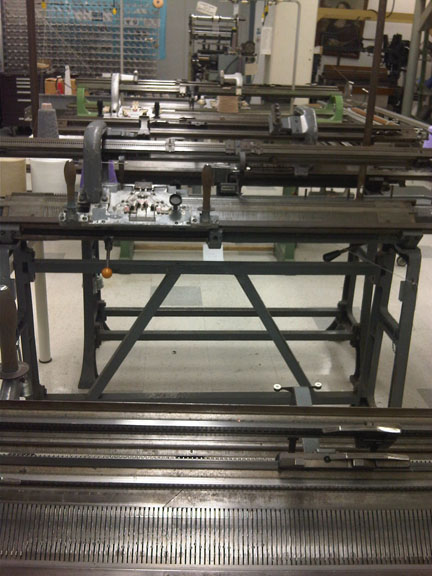 Dahlgren takes the long view, pointing out that “Stradivarius was still innovating violin making in his 80’s…can we as a culture accept, as a way of living, making things?” Dignity, pride, and identity in workmanship seem like quaint yet timeless building blocks for reviving an industry that once boasted some 60,000 employees in Philadelphia and competed globally long before “globalization” was ever coined.

Andrew Dahlgren fervently believes, with a slyly subversive smile, that if we “think big, work small,” the possibilities are immense. 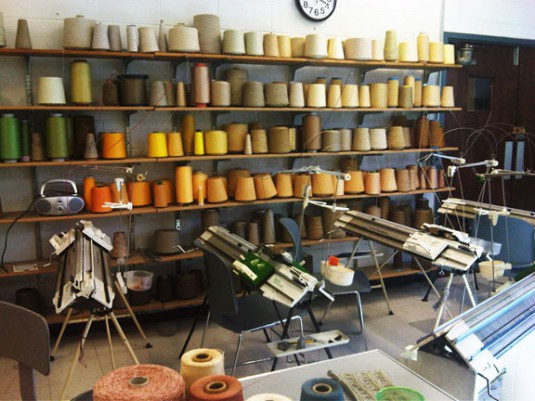 Joseph G. Brin is an architect, fine artist and teacher based in Philadelphia, Pennsylvania. He is writing a graphic novel on Al Capone to be published on Kindle.