Think of university design research and it conjures images of fantastical projects accessible only to other academic researchers. Yet what is most exciting about university-based design research today is that some of its results will be eventually available to the public. At Cornell’s Creative Machines Lab, they have achieved this goal, producing a set of […]

Think of university design research and it conjures images of fantastical projects accessible only to other academic researchers. Yet what is most exciting about university-based design research today is that some of its results will be eventually available to the public. At Cornell’s Creative Machines Lab, they have achieved this goal, producing a set of design platforms and tools that are available for download to anyone with a computer.

Freehand 3D sketching is one readily-available tool developed at the Cornell Creative Machines Lab. While similar 3D sketching tools have been proposed elsewhere, this one boasts a true 3D interface; it translates 2D sketches in near real-time into three-dimensional renderings. The applications are obvious, especially for those in the architecture and design fields.

In architecture, for example, while much of the designing occurs on the computer using CAD, the initial phases often still require pen, pencil, and paper. But the time between these initial sketches and translating them into CAD drawings for evaluation can often be long and laborious. This 3D sketching tool can significantly decrease both the time and labor involved because it is designed to interface with CAD platforms including 3D CAD. For designers and architects this means that they can use the Creative Machines tool from the very earliest stages of the design process. The use of the pen makes the tool accessible and it is compatible with machines that run Windows-compatible OS. 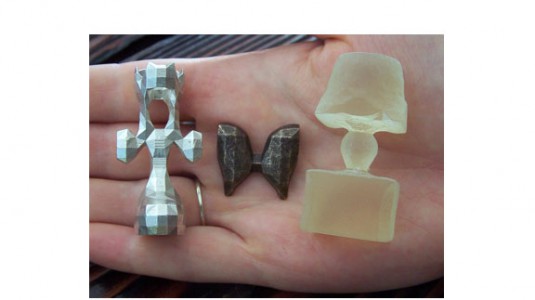 Another tool, EndlessForms.com, uses 3D printing and allows you to create 3D objects. Ultimately, the lab’s goal is to create robots with the “complexity, intelligence, and agility of natural organisms.” But developing robots that mimic natural organisms is only one of the outcomes of this project. It is now possible for anyone to design and choose to 3D print any object. These “first generation” objects then become the prototypes for the next generation of objects through a process of evolution in which robotic parental genomic mutation is demonstrated. The design submissions can be 3D printed in silver, steel or bronze, and they embody the natural evolutionary process; according to the lab, “each object is grown from its genome similar to how a single fertilized egg grows into a jaguar, hawk, or human. This grounding in developmental biology enables the evolution of complex, natural-looking forms.” But as with most creations, the true outcomes surpass the original intent. For one, this technology can be used not just to robotically simulate natural organisms but, more importantly, it becomes a tool for those who engage it to learn more about the natural evolutionary process, not something readily accessible or understood by most of us. What’s more, a demographic that would significantly benefit from the edifying aspects of this project could be children. 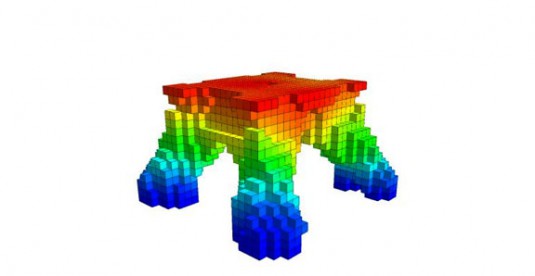 A third project, while not yet available to you and me, has the potential to aid architects and designers in their work. Indeed, Freeform Mechanical Design seems like the perfect combination of the often fantastical and wild imaginings of architects who favor programs like Rhino and Maya combined with real-world load considerations when using vector-based CAD programs. On the other hand, CAD programs cannot adequately accommodate mechanical, electrical, thermal, and optical properties into a comprehensive 3D model. This research incorporates all these materials to produce a tool that can design freeform, or as they say, unconstrained shapes that are simultaneously load bearing, a feature that is missing from designs made using Rhino and Maya.