Photo: Kevin R. Horn Next month marks a full year of work on the Tingo water system. In previous posts I described the process of site surveying and planning, and then how in late January we finally began construction.  Earlier this summer we finished the intake, sedimentation tank, and pump house, three structures which will, […]

Next month marks a full year of work on the Tingo water system. In previous posts I described the process of site surveying and planning, and then how in late January we finally began construction.  Earlier this summer we finished the intake, sedimentation tank, and pump house, three structures which will, respectively, collect groundwater, clean it of sediment, and send it upwards to the community through 3,300 feet of stainless steel and high-grade-PVC piping. At the top of the mountain the water will gather in a storage tank and then flow down the other side of the slope through another set of pipes that connect to individual households. The piecemeal construction schedule – we built each segment of the system as time and logistics allowed – means that we have finished the first and last parts of the system – the intake and pump house and the distribution system – but have yet to lay stainless steel pipe to connect the water source to the community tank. In September we hope to do that.

As I write, a group of American engineers, recently arrived from Pittsburgh, work on the foundation and walls for the storage tank, which sits at the highest point in the village. They are the second group to visit this year from the nonprofit Engineers Without Borders (EWB), the organization that is responsible, along with engineering students from the University of Pittsburgh, for the design of the entire water system. Under their supervision this week we will pour concrete and bend rebar, and embed galvanized iron and PVC piping within the walls and floors of the tank. 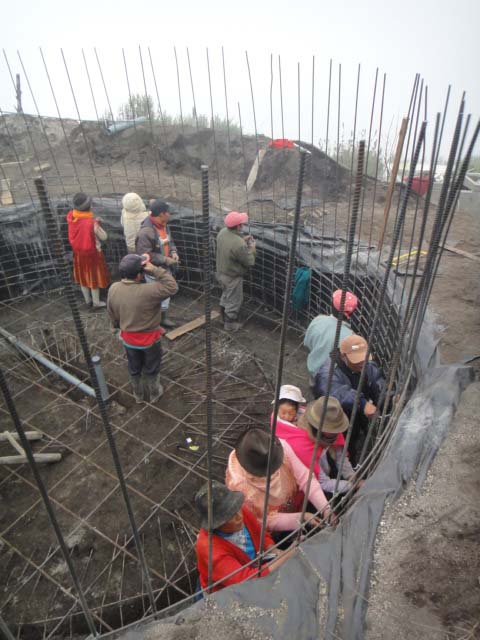 The design of the tank, like every other aspect of the system, is a combined effort of dozens of professional and student volunteers back in Pittsburgh, who supply the kind of technical knowledge that we in the village do not have.

But the Tingo villagers bring construction experience that many of the engineers lack. There is no industry here in remote Guangaje, and to earn money men often find seasonal work as day laborers during two or three week stints in Quito and Guayaquil. And so the process of building has become a compromise between American design expertise and Ecuadorian practical know-how. We, in Tingo, build according to the designs we’re sent. But given the idiosyncrasies of the construction process here – local materials that don’t correspond to their American equivalents, unforeseen on-site complications – the procedure often deviates from the initial plan.

Disagreements are not uncommon between engineers and locals, who often insist on greater structural redundancy (in the form of more rebar more concrete) than is actually needed.  But the Tingoans’ suggestions – a faster way to build something, an alternative method given available tools – often accord better with the practical reality of an Ecuadorian building site. In this way, during the Americans’ visits to Tingo a general working process has emerged: the engineers propose an idea, the villagers suggest another, and some combination joins best building practices with the practical and economic necessities of the day. 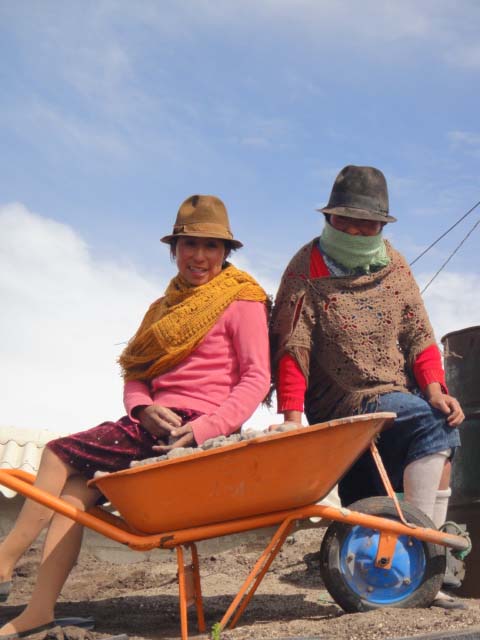 I should confess, however, that I have not always had such confidence in the abilities of the local maestros de construcción.  The villagers in Tingo have little schooling – no high school, much less college degrees – and limited capacity with complex math.  There is no doubt that they would be unable to design the water system themselves.  But in the first months of construction, their lack of formal education, along with my faith in the American engineers and their degrees, blinded me to the very real skills and knowledge that the Tingoans do possess. Over the course of decades spent in and around worksites they have developed good instincts in the place of formal education.

George Beane returned to New York, his home town, after graduating from college in 2008.  He worked for Metropolis (writing some memorable blog posts for this site) for a year before leaving, last June, for the Ecuadorian sierra.