At the Metropolis booth this year, we’re asking fairgoers to write their “blue sky hopes” on a piece of paper that can then be cut and folded to create a pinwheel—a nod to the 2009 Next Generation winners, who propose retrofitting electrical pylons with wind turbines. We’re posting the pinwheels on the booth wall and, at the end of the fair, we’ll give away a magazine subscription to one lucky participant. 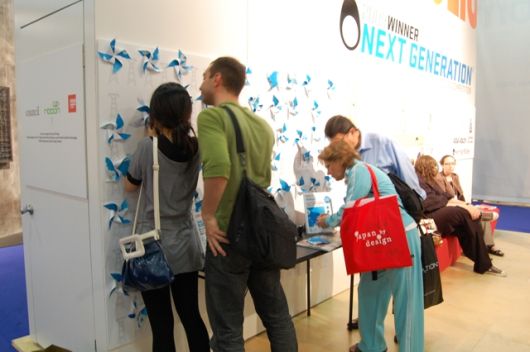 Here are some examples of people’s hopes so far:

“That everyone reaches their full creative potential” –Elizabeth Levine Rigie

“To have a successful think-tank design company” –Uriel Ortega

“For skies to be so blue that a new word is made to describe it, something like “überblu.”– Jesse Seeger 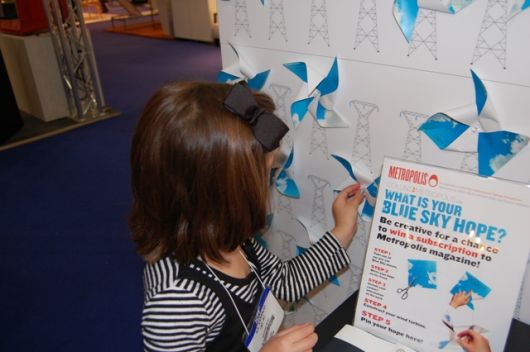