[email protected]: The Elephant in the (Show)Room

The economy was on everyone’s minds at this year’s fair.

Amidst the glittering booths and the plastered-on trade-show smiles, there was a subtle but palpable  concern over the economy throughout the 2009 ICFF. “How will this year’s fair compare with years past?” everyone wondered. And the obvious answer seemed to be: not very well. Jim Stockshill, who works the Hansgrohe booth, said things were “definitely slower” than year’s past, and most of the other exhibitors I spoke to agreed.

In Tom Dixon‘s booth, the sales pitch on the pressed-glass pendants included the oft-repeated phrase, “These are set at a really nice price point.” (And they are: $290 each, starting in October.) 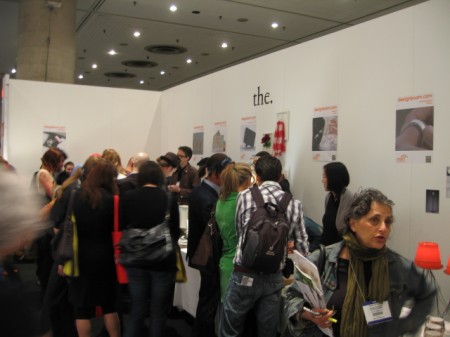 Over in the designboom Mart, the tabletop displays featuring emerging designers drew some of the largest crowds. The products sell for under $100. Designers reported mixed results: some said they were making bank, others felt sales could be better. 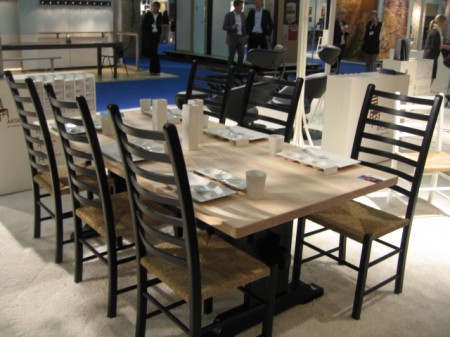 In a booth featuring chairs from Norway, all products were 25 percent off—and the classic wood and seagrass Askel chair (above) was being offered at a special bargain. “We have an ICFF deal where you buy three and you get one free,” the booth attendant explained. Blue light specials at ICFF!