It’s hardly news to architects and planners that the increase in security after 9/11 has changed American cities, with bollards, blockades, and security cameras sprouting like toadstools after a rainstorm. But exactly how much space is affected?

A new Web site called Secure Cities is helping to quantify the issue. Professor of urban design Jeremy Németh and his partners at the University of Colorado, Denver, surveyed the civic centers and financial districts of New York (left), Los Angeles, and San Francisco, evaluating public spaces on three criteria: accessibility (are the entrances blocked off?), mobility (are there restrictions within the space, like security checks?), and surveillance (are security personnel present?).

Across all three cities, a total of 17 percent of the public space (loosely defined as total land area minus buildings) was at least moderately securitized. “There was much more of this space than we’d expected,” Németh says. “We knew there was going to be security in New York, but I didn’t know there was going to be as much in L.A.” And although the security literature tends to focus on public buildings, his team found just as much securitization near high-value private buildings. 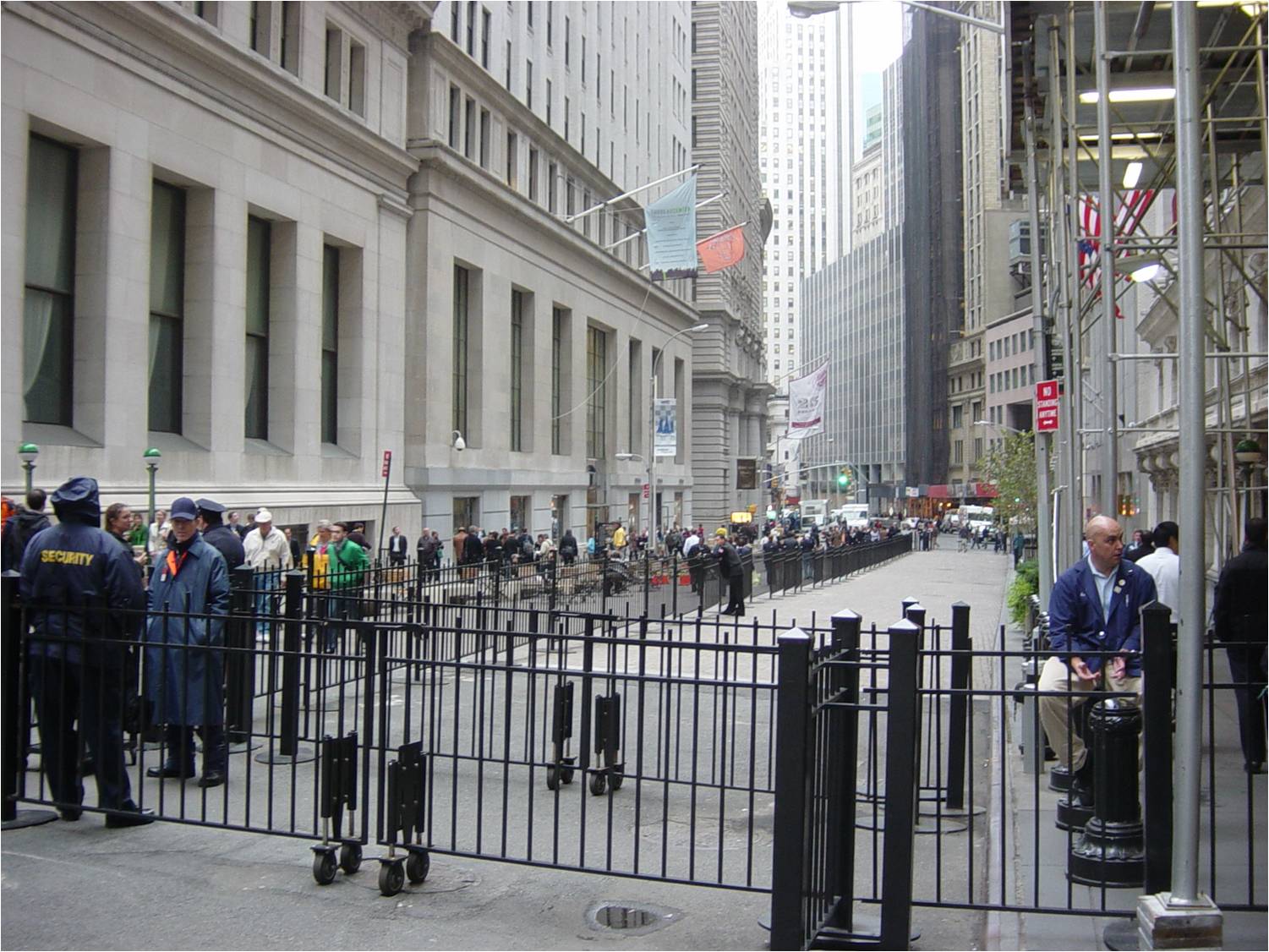 The jury is still out on how these security zones affect the way people feel, act, and interact with each other–even the degree to which people are aware of them. (Tackling those questions is Németh’s next step.) And not all the security zones are equally obtrusive: a sidewalk on Wall Street patrolled by armed guards surely has a different effect than one on nearby Broad Street that is closed to vehicular traffic but filled with tables and chairs.

But the sheer amount of space these zones occupy in the heart of our cities is at least an argument for studying them more closely. “These sorts of maps don’t exist,” Németh saays. “Yet if we had 17 percent of any sort of land use–open space, ball fields, anything–we would consider that something we need to know about.”
Related: In a 2006 article, “Fear Factor,” John Hockenberry wrote about security design in a post-9/11 world.