Held at the Museum of Arts and Design in New York, the awards ceremony was charged with critical ideas and reflections.

The 2015 Game Changers, pictured with previous awardees and event sponsors

The tone for Metropolis‘s 2015 Game Changers awards ceremony at the Museum of Arts and Design (MAD) in New York City yesterday was set by a poignant film sequence. In the scene, an elderly housekeeper laboriously lugged a vacuum cleaner up the narrow spiral staircase of a house designed by Rem Koolhaas. In a later clip, she offered the camera operator tips on navigating the steep incline of the home’s driveway. The footage was from Koolhaas Houselife, directed by Game Changers Ila Bêka and Louise Lemoine, whose films put human experience back at the heart of architecture and design—a theme that every speaker and awardee returned to during an evening charged with critical ideas.

To mark the special anniversary of the Game Changers program, the magazine invited three previous awardees to share their experience of receiving the honor and the work they have been up to since then. “All I have done is grow a beard,” claimed 2012 Game Changer Vishaan Chakrabarti, before going on to talk about the urban planning that his firm, SHoP Architects, is executing at the site of the Domino Sugar Factory in Brooklyn. Architect and 2013 Game Changer Sharon Davis spoke eloquently about her work in Rwanda, not only on a series of social initiatives, but also taking on sensitive issues such as the memorialization of the lives lost to genocide and conflict. “Winning this award has been life changing,” said 2012 Game Changer Ruth Finkelstein, who left every audience member smiling and nodding in approval with her animated account of efforts to make New York City more age-friendly. 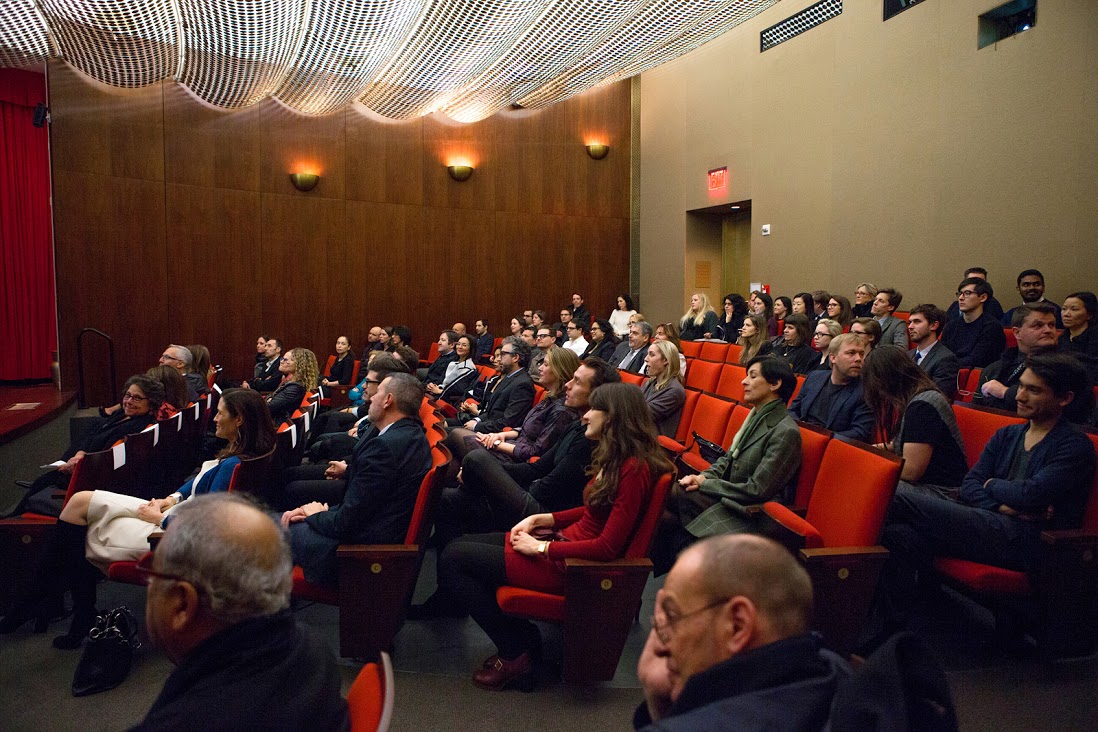 The 2015 awardees managed to raise the bar of excellence set by these presenters. Supply chain guru Liam Casey spoke of celebrating the factory workers who make our indispensable electronic devices; the architect duo behind Water Pore Partnership announced that the city of Las Vegas was looking with keen interest at their revolutionary plan to save Sin City from drought; and the history collective Aggregate discussed how their study of architecture has broader intersections with culture and society—most recently, their initiative to track the Black Lives Matter movement. Nancy Talcott, press liaison for Issey Miyake Design Studio who received the award on behalf of Makiko Minagawa, relayed how much the textile designer was delighted to have her work analyzed in such detail, while Luminaire’s founders Nasir and Nargis Kassamali looked back fondly at their relationship with Metropolis over the four decades that are celebrated in the January issue. The filmmakers Bêka and Lemoine, whose documentary kicked the evening off, have most recently turned their critical lens on a building by the Bjarke Ingels Group. The Danish firm’s partner Kai-Uwe Bergmann graciously accepted the award on their behalf, even though—or perhaps because—”Their film is really honest. It shows some good things, but also some challenges,” he admitted. 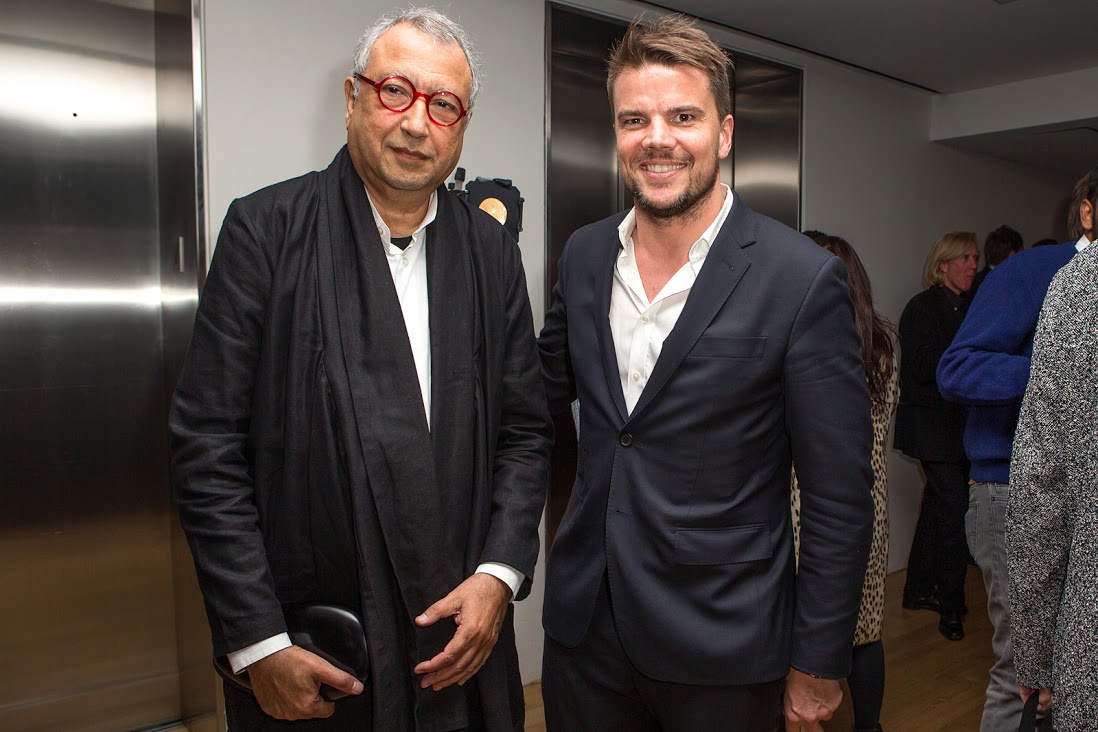 During the cocktail reception held on the seventh floor, Alex Rasmussen of Neal Feay Company, who designed this year’s beautiful awards, was deep in conversation with Talcott; while Miami collaborators Nasir Kassamali and Bjarke Ingels were delighted to meet in New York. Across the room, Theo Richardson and Charles Brill from Rich Brilliant Willing quizzed Casey about global production, while the latter probed the designers about the American lighting market. The evening was planned as a meeting of great minds, so this bodes well for next year’s event. 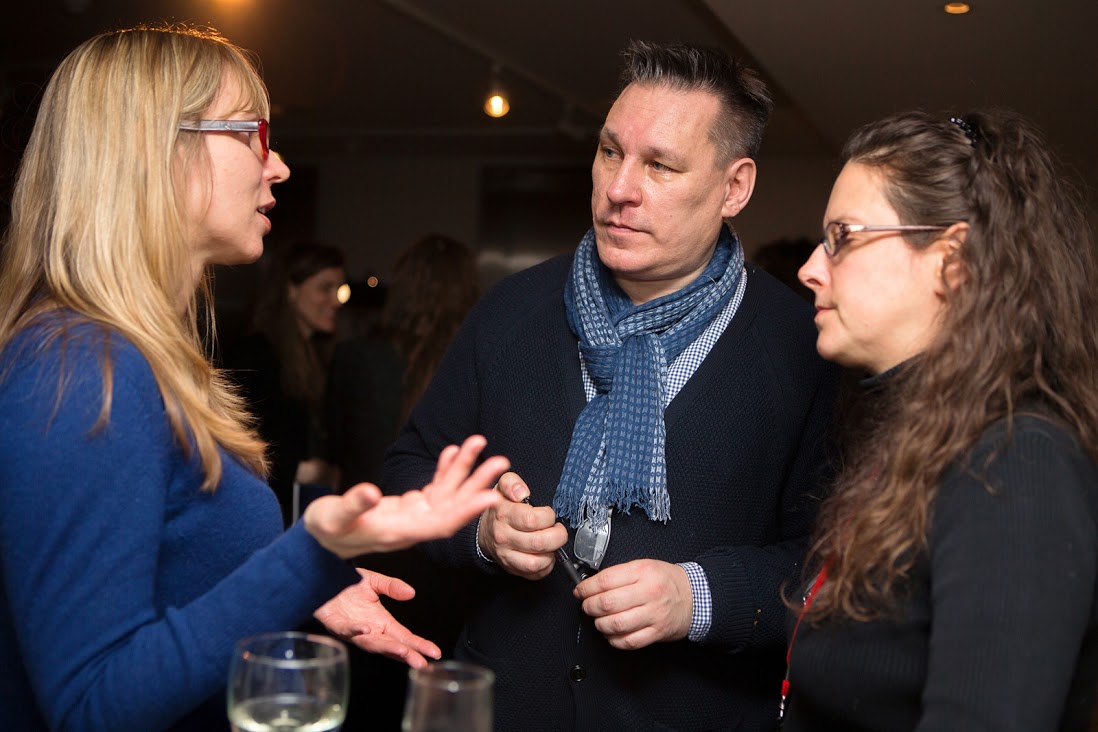 A very special thanks, too, from everyone at Metropolis, to our sponsors of this year’s ceremony. We value our partnership with you, and applaud your commitment to great design.