Could a bioluminescent coating be used to light concrete surfaces and structures at night?

Metropolis’s 2009 Next Generation competition received scores of entries, from which this year’s jury chose one winner and eight runners-up to be recognized in the May issue of the magazine. But there were far more than just nine good ideas in the bunch. The judges also selected 12 “notables”–entries that, for various reasons, fell short of the final selection, but that the jurors felt still deserved recognition. To that end, we’re posting one notable Next Generation proposal every Thursday for the next few months. (Click here to check out previous weeks’ selections.) In doing so, we hope to foster discussion that will help the teams refine their ideas, connect with like-minded readers, and perhaps even implement their projects in the real world.

This week: Luciform, a bioluminescent coating for concrete proposed by Erin Hayne and Nuno Ferreira, of NunoErin. How would it work?

According to their proposal, Hayne and Ferreira would apply coelenterazine, a light-emitting marine enzyme, to a soy-based material. With some tweaking from biotechnology experts, the coating could emit intense light at night and a moderate glow during the day. 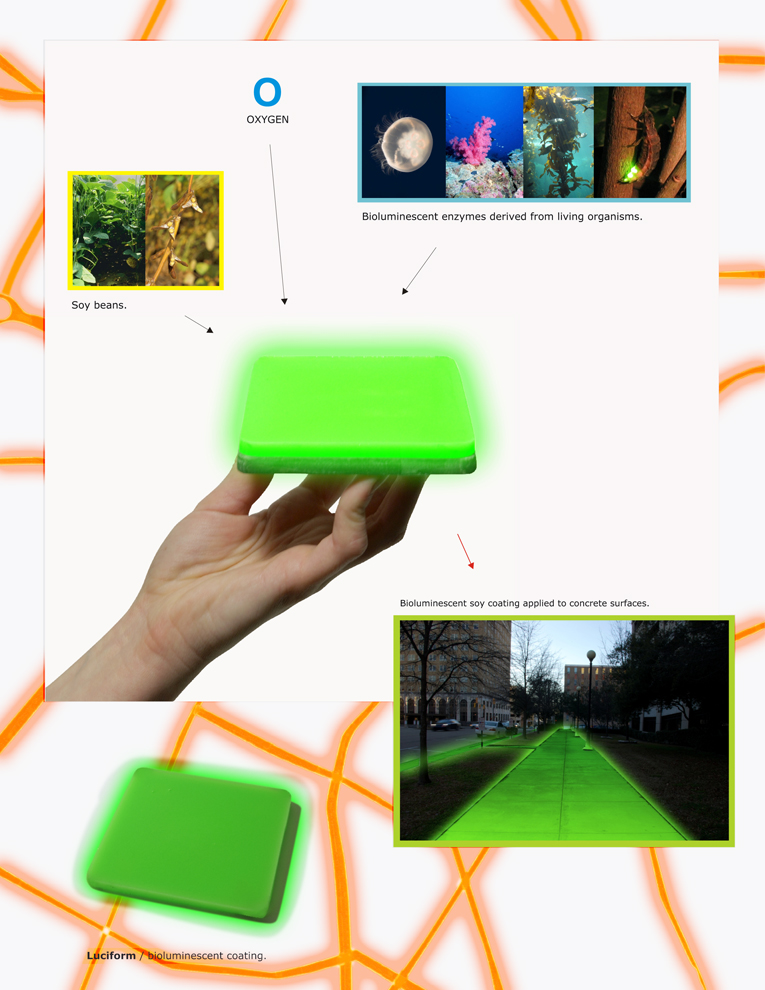 The Luciform project combines coelenterazine with oxygen to create a light-emitting compound that could be applied to concrete surfaces and structures. (Click for a larger image.)

Intrigued? Read more from the team’s proposal over on our Next Generation site. Have a suggestion for implementing or adapting this idea? Leave your feedback in the comments form below.