One Hundred Acres of Art

A sneak peek at an impressive new museum park in Indianapolis

In aerial photos, the Virginia B. Fairbanks Art & Nature Park—also known simply as “100 Acres”—looks like a remote swath of unspoiled nature, with a forest and wetlands surrounding a pristine lake. In reality, you’re looking at the newest addition to the Indianapolis Museum of Art. The IMA created the park out of an old gravel pit and construction yard—and, next June, 100 Acres will finally be complete with the installation of eight site-specific works by an impressive roster of international artists.

Museum art parks are nothing new, of course, but 100 Acres will be one of the largest such parks in the country and, according to a recent press release, “the only one to feature the ongoing commission of temporary, site-responsive artworks.” The IMA commissioned eight artists to create pieces for the inaugural installation—Atelier Van Lieshout, Kendall Buster, Alfredo Jaar, Jeppe Hein, Los Carpinteros, Tea Mäkipää, Type A, and Andrea Zittel. And, going forward, a new site-specific project will be announced every year. For a more in-depth look at 100 Acres, visit www.imamuseum.org/art-and-nature-park. 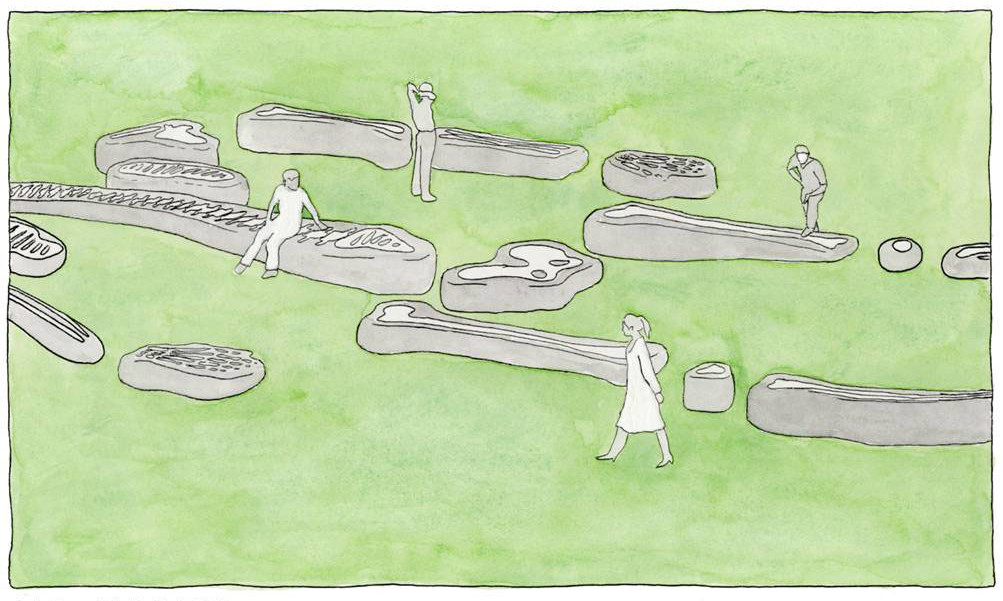 A drawing of Funky Bones, a site-specific piece by Atelier Van Lieshout that will be created for the new park. Image: courtesy the Indianapolis Museum of Art 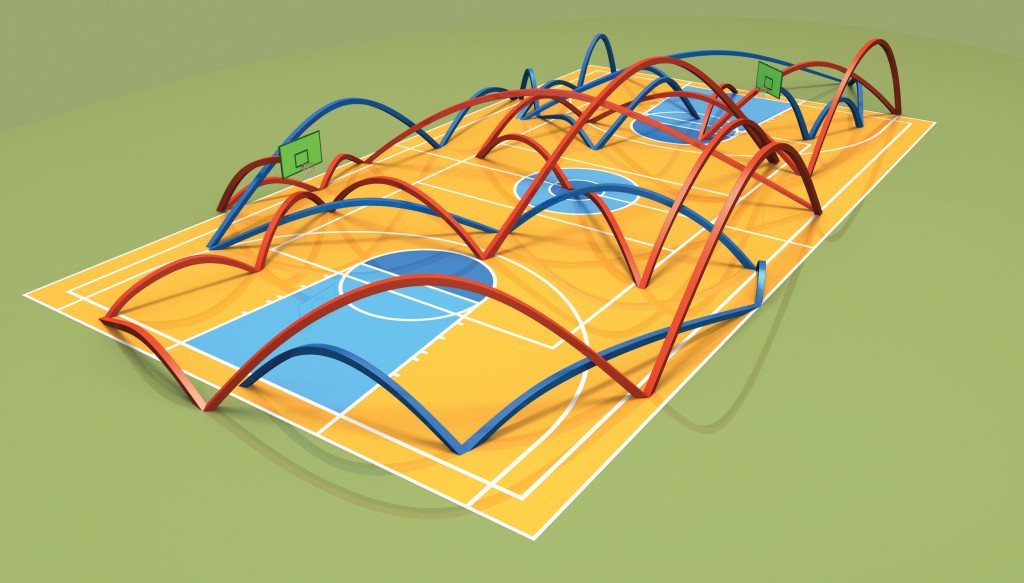 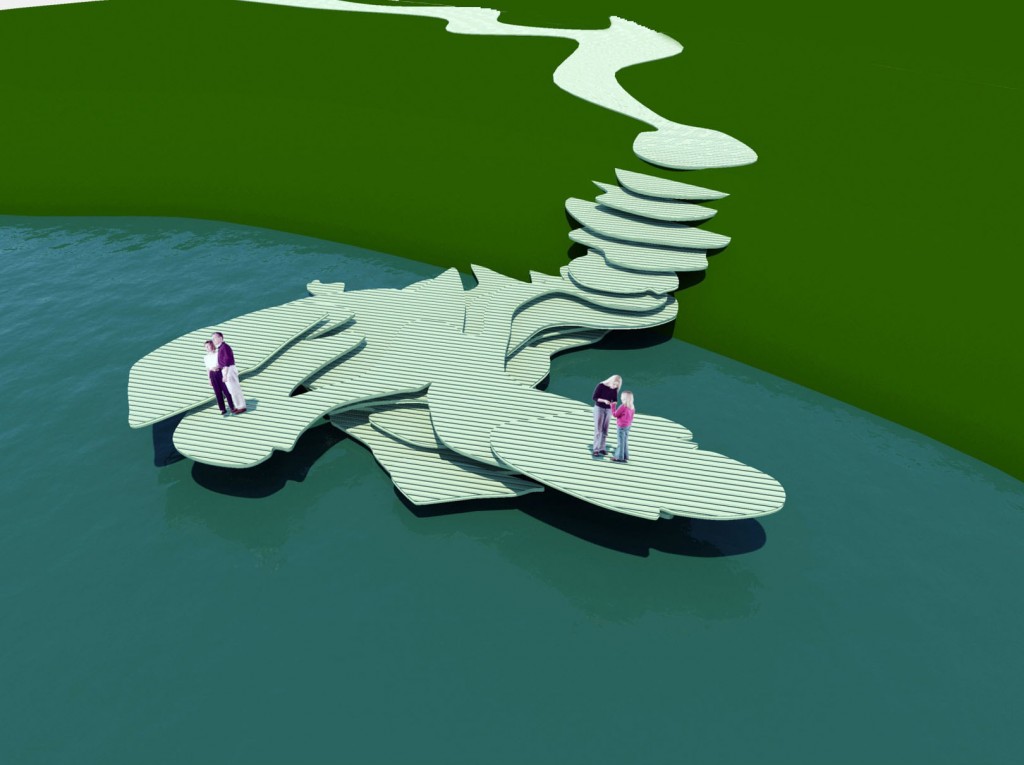 A rendering of Kendall Buster’s installation. Image: courtesy the Indianapolis Museum of Art 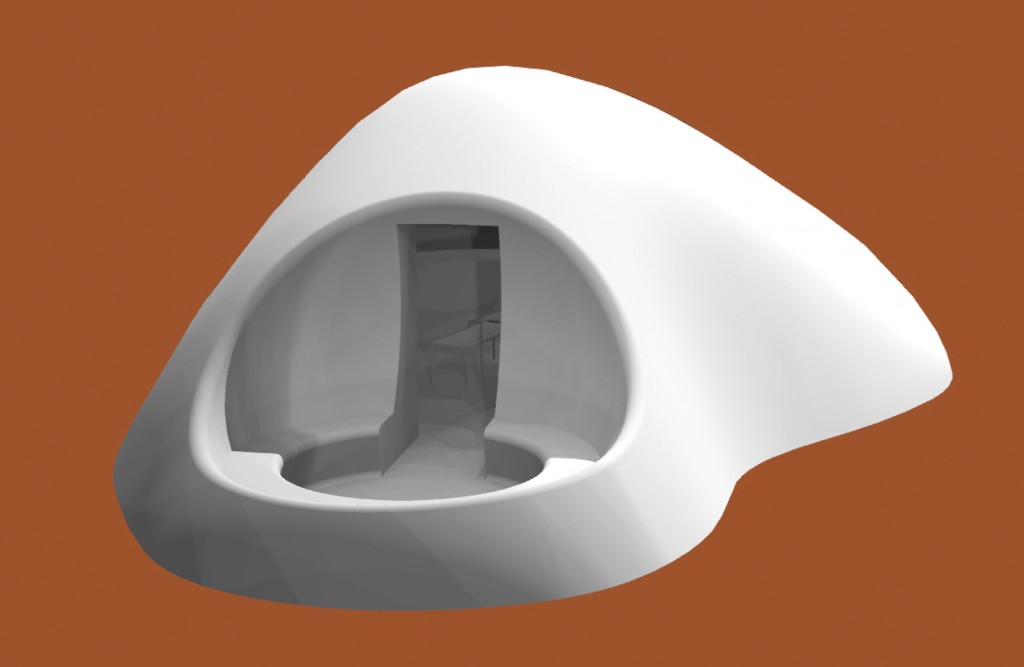 .
Related: In her May 2000 cover story for Metropolis, Melissa Milgrom asked if Atelier Van Lieshout’s “weapon designs, sex equipment, and militia compounds are ‘just art’–or something more sinister.” (The full text of this story is not online–yet. Stay tuned while we find someone to type it up.)