In 2009, Project H founder/executive director Emily Pilloton and her partner Matthew Miller relocated from the West Coast to rural North Carolina to begin Studio H, an innovative design/build curriculum for high school students. Recognizing the need for a fresh approach to public education in economically challenged, rural geographies such as Bertie County, Pilloton and […]

In 2009, Project H founder/executive director Emily Pilloton and her partner Matthew Miller relocated from the West Coast to rural North Carolina to begin Studio H, an innovative design/build curriculum for high school students. Recognizing the need for a fresh approach to public education in economically challenged, rural geographies such as Bertie County, Pilloton and Miller embrace a radically local, hands-on approach, working from within the community to empower the next generation of residents with design skills that can help create lasting change. I recently caught up with Pilloton in Portland, Oregon, where an exhibition chronicling the studio’s first year, Studio H: Design. Build. Transform, is on view at the Museum of Contemporary Craft.

Katherine Bovee: What is the difference between “designing for” and “designing with,” and why is this distinction important?

Emily Pilloton: I don’t think it’s necessarily an either/or. “Design for” tends to be a much more top-down dynamic between designer and client, whereas “design with” is more fluid and democratic. Our clients are not corporations or wealthy individuals. They haven’t worked in a creative capacity—schoolteachers, a foster care home, 17-year-old students from a very impoverished part of North Carolina. “Design with” is not driven by just being more democratic for the sake of being more democratic, but by the nature of who we’re working with. We want to give them not just a say, but a stake in whatever is being produced, so that by the time we come up with something, it’s not a handover, it has already been embraced by the people that are going to use it and they feel like it’s their own. That’s what will make a project successful in the long run. 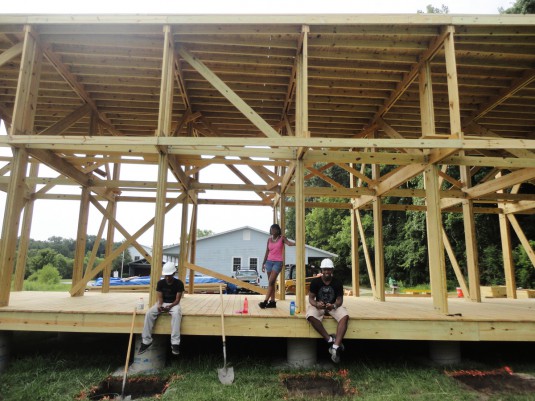 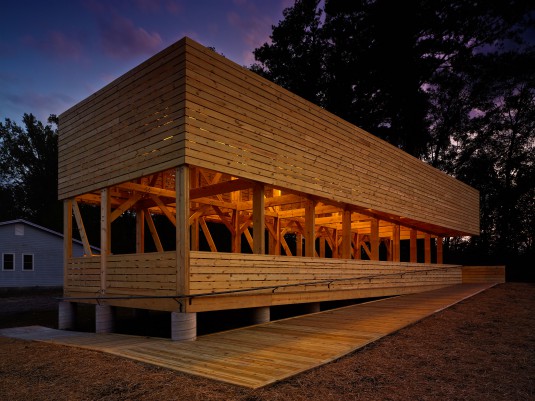 KB: You have just wrapped up your first year curriculum in Bertie County, North Carolina, culminating with the opening of the student designed and built Windsor farmer’s market pavilion earlier this fall. What has been the biggest surprise for you coming out of your first year of teaching?

EP: Personally, this was the hardest year of my entire life—physically and emotionally—both working with teenagers and with my partner in capacities that we never thought we would ever have to. Working as the founder of Project H and having a lot of early success, I came into Bertie County feeling not cocky, but confident that we could contribute something. And then we ran into so many different brick walls.  It was a big lesson in humility.

Programmatically, I think we learned a lot about limits: the limits of our students, the limits of us as teachers, and the limits of a community. We also learned about the limit of design and architecture within a community—that you can’t just build for the sake of building without the educational and political structures in place to ensure the project’s success. When we built the farmers market this became particularly apparent. We didn’t just build the structure; we had to start the farmer’s market. It’s not the Field of Dreams—”if you build it they will come.” We needed the civic support, the farmers, and the community to take the market and run with it.

Going into next year we have a much better understanding of where our sometimes outsized ambitions meet up with the realities of this place and the people who live in it. Understanding that context is not shackling us, it’s defining the work. That was a big lesson, coming to terms with those limits and seeing them not as obstacles, but as the nature of the place and the things that would define really meaningful work.

KB: What has been the biggest surprise for your students? What kind of revelations did they have working through this process?

EP: The students took to different parts of the curriculum in different ways, but they all increased their communication skills. I think so many of these students had been programmed through their families and through growing up in the “No Child Left Behind” era, where it’s all about standardized tests. They had lost the belief that their voice matters, in the classroom or elsewhere.  We brought our students to school board meetings and they had to present their work to five mostly inaccessible, pretty truculent people. Just doing that over the course of the year, they all became really wonderful communicators and shepherds of their own vision for the community.

Once the farmer’s market was done and they were all at the grand opening, one of our students said to the crowd during the ceremony, “I never, ever thought we’d be able to pull this off. I didn’t think that 17-year-olds could build a 2,000 square foot building in three months. I want to be able to come back in 10 or 20 years with my kids and show them that I built this.” For a lot of the students, just seeing it all the way through and then standing in the building occupied by their neighbors and farmers was like, if we did this, what else can we do? That feeling of possibility was, I think, something that a lot of them hadn’t experienced before. 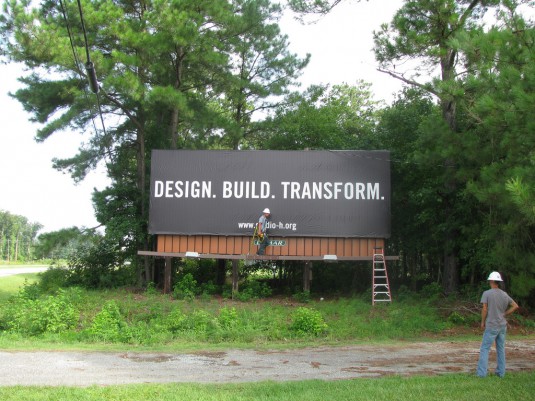 KB: What do you believe is a designer’s responsibility to contribute towards positive change, both locally and globally?

EP: I think it’s beyond responsibility. It should be everything, and I mean that very seriously. If you’re not designing something or contributing a solution that has a positive impact, I don’t think that we should be calling it design, I think we should be calling it unnecessary crap. If you think about the root of design, the nature of it is so optimistic, that we as people can build and create and make a better future for ourselves. I think it’s not so much a responsibility as it’s the nature of the work if you’re doing it right. We’ve lowered our standards to where we’re willing include the kind of stuff that lacks social and environmental responsibility or contributes more plastic crap to the world as design. And it’s not.

That being said, there are now so many designers who are realizing this and trying to steer their practices back towards that kind of optimistic design. I think the next step is figuring out how to make that the heart of all of our practices, and not an add-on, not like, “oh, and we also do social impact.” 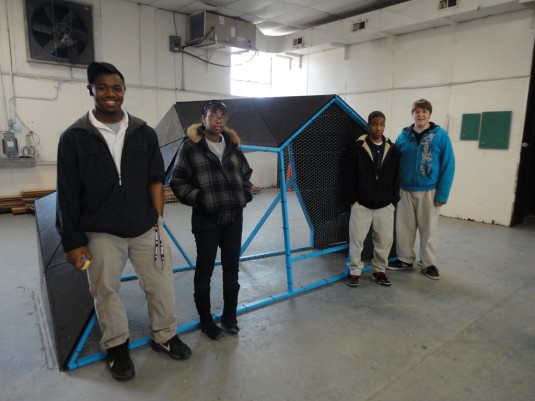 KB: How do you hope that Studio H will help create a precedent for initiating change elsewhere? And how does working locally help seed change on a much larger scale?

EP: I always get asked this question of scalability and I just hate that word so much. I think that when you start working at a bigger scale, your priorities change. I’ve said before, and I still totally believe it, that doing humanitarian work on a large scale causes you to ose the ability to see individual people as humans, it becomes all about numbers and metrics. The reason why Studio H has been successful this past year is that everything we did was focused on those kids and that context. We built the chicken coops for a specific reason, because the biggest employer is Perdue. One of our students has 250,000 chickens on his farm. So what does it mean to have six chickens in your backyard?

I would also like to start thinking where else we could be. The urban application is the most puzzling to me. The home run of the Studio H program is, I think, that we can take 17-year-olds through a school year and come out of it with a full-scale architectural project that they built. You lose that ability in places like downtown Brooklyn where land is expensive and zoning codes are insane. Architecture is very unique in that you can build at a scale that engages people with their whole bodies. It’s a spectacle seeing something built like that in a community and I don’t want to lose that by putting it into an urban environment.