For our Leading Luminaries story, Barbara Eldredge and Derrick Mead interviewed eight of our top lighting designers. To create the article that appeared in our December issue, we pulled together all of their interviews and edited them into a group conversation. I think it represents a kind of state-of-the-union for the discipline. The following is […]

For our Leading Luminaries story, Barbara Eldredge and Derrick Mead interviewed eight of our top lighting designers. To create the article that appeared in our December issue, we pulled together all of their interviews and edited them into a group conversation. I think it represents a kind of state-of-the-union for the discipline. The following is an edited version of Eldredge’s lively conversation with Hervé Descottes, the founder of L’Observatoire International. –Martin C. Pedersen

Less is definitely a lot more.

What do you mean?

Less color, less uniformity. Be more customized. It’s about precision. I think lighting hasn’t been very precise. It’s been a lot about quantity and light level and making lots of surfaces of light and using the technology at the maximum of the extravagance of the technology.

So it’s about subtlety and form?

Do you think that lighting designers have been under-acclaimed?

You don’t consider yourself an artist?

Absolutely not. We have a certain sensitivity to space. That doesn’t make us artists.

Are there any new lighting technologies that you’re particularly excited about right now?

The whole progress with LEDs and organic LEDs is pretty exciting. But it’s like when you receive a new computer game for Christmas. It’s always exciting. It opens new doors and possibilities, but new technology doesn’t make a better design. I am always frustrated when design is driven by technology and not the other way around. 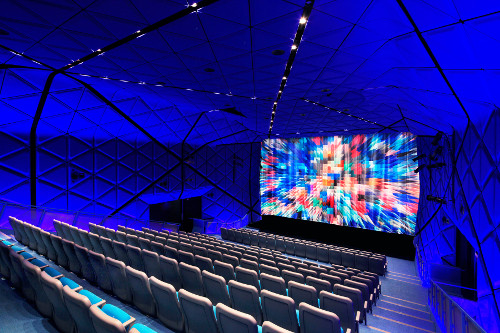 I am. On my team I have people who are specialists in green technology. I have a person who is doing only this and every time we design we really fill the earth up with what we discover. But most of the time the idea and the design come with no restrictions.  Every time I design everything is possible. And then we see how we can do it and if a new technology can make it much better.

Do you use computer software?

Yes, we use lighting design software: AGI, Microlux. I work a lot in Photoshop and Watercolor. We also do a lot of models. Modeling at scale 1 or smaller scale, and we test. Testing is very important in our work, because it’s difficult to express an idea if we don’t visualize it. And the best visualizations happen through mock-ups. It’s important for the contractor to understand how the lighting scheme is built, it’s important for the client to understand the site and why we’re so demanding for a certain quality of light fixture because the effect wears. Everybody learns from building the model.

What’s the biggest challenge coming up for lighting designers?