Q&A: Mobility on Demand—and in the Near Future

A rendering of the CityCar on the streets of Manhattan. Image: William Lark, Jr., Smart Cities When I first saw computer renderings of the MIT Smart Cities research group’s CityCar a few years ago, I thought I was looking at a pie-in-the-sky vision of a distant (and idealized) future. This compact, stackable electric vehicle is […]

A rendering of the CityCar on the streets of Manhattan. Image: William Lark, Jr., Smart Cities

When I first saw computer renderings of the MIT Smart Cities research group’s CityCar a few years ago, I thought I was looking at a pie-in-the-sky vision of a distant (and idealized) future. This compact, stackable electric vehicle is supposed to dock at charging stations throughout a city, allowing lucky urban dwellers to simply swipe a card for an instant, on-the-go rental. But it turns out that a system like this—dubbed Mobility on Demand by the MIT researchers—could become a reality in the tantalizingly near future. The Smart Cities team has already developed three concept vehicles, including the CityCar—it’s currently working with General Motors on a drivable model—and it has an initial pilot program, using an electric bicycle, tentatively lined up for Boston next summer. Ryan Chin, a PhD candidate in the Smart Cities group, predicts that a full-fledged system will happen within the next five years. (A $100,000 prize awarded by the Buckminster Fuller Institute last June should help here.) Recently, I spoke to Chin about the principles of Mobility on Demand, his team’s fleet of lightweight electric vehicles, and the differences between car development in Cambridge and Detroit.

So what exactly is Mobility on Demand?

Mobility on Demand, at the highest level, is a very sustainable personal-mobility system for urban environments. How it works is you have a fleet of lightweight electric vehicles that are placed at charging stations throughout the city. And at each of these charging stations you can pick up or drop off one of these vehicles. You have either an RFID reader or an access card or a credit card that releases the vehicle to the user. And then you are allowed to drive any one of these vehicles to any other station in the city. So these stations would be distributed throughout the city at convenient locations, within reasonable walking distance. And the whole idea is that you can pick up vehicles and drop them off anywhere; you don’t need to return it back to the location you took it from.

It sounds a lot like the Vélib’ bike-share program, in Paris.

Yes, exactly. It’s the same model. The only difference is that they are using bicycles and we are suggesting that there would be electric vehicles. And we have designed three different types. We’ve designed a car, called the CityCar. We’ve designed a motor scooter, which is called the RoboScooter. And then we’ve designed an electric bicycle called the GreenWheel Bicycle. These three vehicles are motorized and provide you with fairly convenient low-energy solutions. At the same time, because they are motorized, they have much better range than the bicycle. And you can mix and match the different types of vehicles. So you can imagine taking a bicycle first and then, say, going to the supermarket, buying a whole bunch of things, and taking a car back home. Those are the types of things that you can do once you have a system like that.

And these three vehicles are currently in development?

Yes. We’ve built concept vehicles for all three. With the scooter, we are now working with a manufacturer in Taiwan that’s very interested in mass producing this for the Chinese market. We’ll see what happens with that; it’s still in development, and they need to go through manufacturing and testing, but it’s certainly in the pipeline.  With the CityCar, we have been working with General Motors, and we are at the concept model right now. We built one full-scale prototype, and now we are building a half-scale model of the entire vehicle—meaning a working vehicle, basically, so we can drive it around.  I suspect we should have a full-scale version of that sometime next year.

And the GreenWheel Bicycle, we have done three working prototypes already and we are moving toward commercial production of it by the spring of next year. We are very excited about that because it is the simplest one. It’s the one we can get out there very quickly and have people test. They are fairly low speed and there is not much regulation to worry about when it comes to the electric bicycles. So our goal is to run a pilot program using these GreenWheel bicycles very soon. 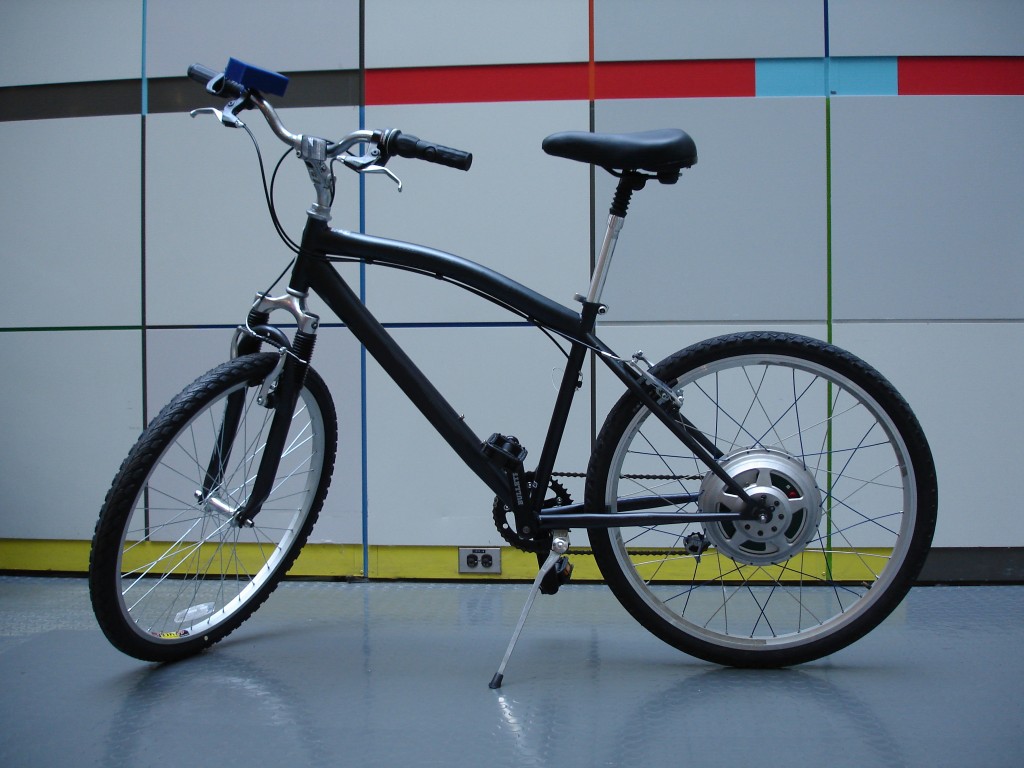 Other than developing the vehicles, what else needs to happen to make a successful program?

The other thing about Mobility on Demand, beside the vehicles and the charging, is that you need to have a very good fleet-management system. You need to have an IT backbone and communications backbone behind it. And that’s necessary because you need to know where all the vehicles are. You need to have sensing at the stations, to know which vehicle is at which station and what the charge levels are. You need to have communication between the vehicle and, say, the operator, the one that is running the entire network. So the whole fleet-management optimization logistics are also critical. And this is distinctly different from what is out there already. For example, the Paris system has a very limited amount of sensing and data collection—although it’s not bad now, because they have run it empirically for a number of years now and they have a fairly good sense of what’s going on out in the street. But what we are trying to do is incorporate smart phones and GPS in all of the vehicles which allows us to then become very good fleet managers.

So what’s a realistic target date for the first full-fledged Mobility on Demand system?

I would say within five years.

Really, five years? I would have thought that just developing the car would take that long.

Well, it takes about two years to go from a design through crash testing and then eventually to a final vehicle. So five years is not unreasonable. Our cars are not that complex. They are basically a bunch of batteries with electric motors in the wheels.

Speaking of which, does this plan depend on advances in battery technology?

Well, I think that batteries will improve, but they are not going to dramatically improve. Talking to battery manufacturers, the top people in this area, they say the performance will only improve about ten percent a year. So even in ten years, one-hundred-percent improvement is not going to make a battery as good as gasoline. It will probably take one hundred years for that.

However, our approach is very different than what the car companies are trying to do. Car companies are trying to take gasoline-powered cars and retrofit them with electric drive trains and batteries. They are trying to make these cars perform like gasoline-powered cars. That’s the standard industry point of view. And what we are trying to say is, well, you aren’t going to get any major breakthroughs in physics when it comes to battery use. So why not change the use pattern of the vehicle? If most of the trips are short range and you have shared use and you have stations everywhere—so that every time you pick up and drop off the vehicle, you are recharging it—then you don’t actually have a range problem. You just pick up and drop off every time. Now, of course, if you want to go to Grandma’s house and that’s a hundred miles away, then you should probably take a different vehicle, either a fuel cell or even a diesel a very energy efficient diesel vehicle. But we are trying to say that the traditional car is not the solution to everything. In cases where people live in dense urban environments, all you need is this.