Shortly after finishing up her duties the NYC Department of Cultural Affairs, architect Susan Chin started in her new position as Executive Director at the Design Trust for Public Space, a switch she says, was both “exhilarating and exhausting, like running at 100 miles per hour”. “As I was going through my DCA files, I […]

Shortly after finishing up her duties the NYC Department of Cultural Affairs, architect Susan Chin started in her new position as Executive Director at the Design Trust for Public Space, a switch she says, was both “exhilarating and exhausting, like running at 100 miles per hour”.

“As I was going through my DCA files, I felt so fortunate to have played a leadership role in NYC government during a time of Design Excellence, green buildings and infrastructure, an upswing in public sector and private support for great architecture, program, and civic involvement.” After the transition, when as she “finally bobbed to the surface,” she tackled the questions I sent her upon hearing of the move she was about to make.

Susan S. Szenasy: Your public service career–23 years at the NYC Department of Cultural Affairs–makes you one of the rare architects in our town who knows more about our public realm than anyone. What is the first thing that comes to mind when you think of the things that make the public realm in our city dynamic and vibrant? And what’s missing?

Susan Chin: The first thing that comes to mind is that dynamic and vibrant places have been created by people who are passionate about the social aspects of public places as well as their beauty, comfort, and condition. There are leading citizens and individual groups behind every great public project in New York City, who invested their time, fortune, and friendships toward transforming them. I’m thinking that New York City parks had their foundation in Olmsted; we got a boost from Jane Jacobs; and more recently, we have benefited from the efforts of Betsy Barlow Rogers. Recent examples include Ian Marvy who started our urban food movement with Added Value, and Robert Hammond and Joshua David who led the way on the High Line. Citizens who invest their heart and soul make our city a great place to live, work, and play. The High Line was one of the early projects for the Design Trust. 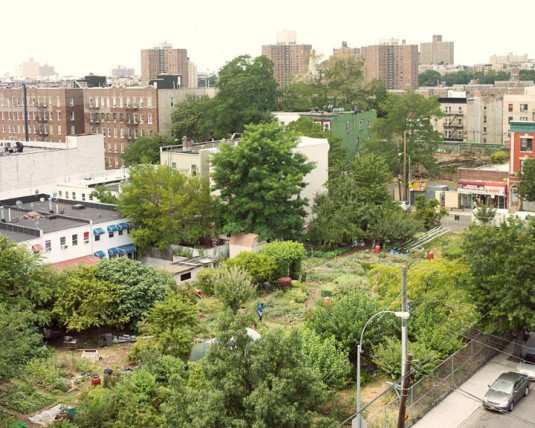 What’s missing? Our international gateways and community train stations are more often tolerated than appreciated. Great transportation hubs and convenient transit connections that build our city’s capacity are needed. Although there have been improvements, progress is slow. We also need to think system-wide and cultivate new kinds of personal transport, and new ways of using what we have, like ferries and taxis. The Design Trust has engaged in transforming the taxi system since 2005. But in the past seven years, technology has changed drastically and it would improve multimodal transportation if we could use our mobile devices to hail a taxi, crowd source a ferry stop or taxi stand, or organize a mini bus. 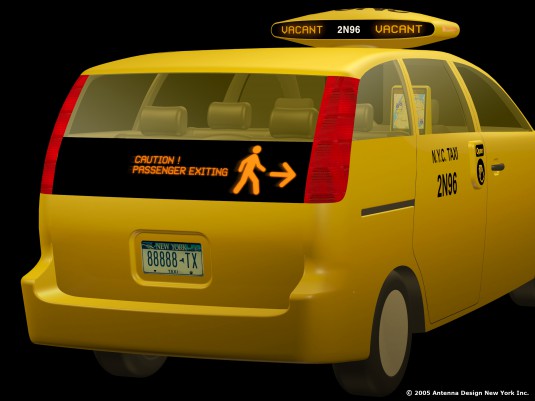 SSS: As the new Executive Director of the Design Trust for Public Space, what are your hopes for the future of “improving public space for all New Yorkers,” as the organization’s tag line promises? This is one of those free-association, dream questions; feel free to dream.

SC: My hope is that the Design Trust will expand its ability to create better public space with New Yorkers, rather than for New Yorkers–increasing everyone’s understanding of the power of design and problem solving across institutional borders.

We help key stakeholders—government, civic organizations, citizens—think strategically about issues crucial to public space in our city and solve problems by creating alliances between these stakeholders and thought leaders. So much can be accomplished if we identify barriers to doing the right thing, often the simple right thing, and then help people overcome those barriers.

Also, part of the Design Trust’s DNA is the drive to help people conceive of and amplify their dreams of new kinds of public spaces. Increasingly, public space will be formed out of interstitial spaces and marginal areas, such as post-industrial tracts. These are opportunities for local and artistic inspiration; we need greater acceptance of temporary public space designed by artists, landscape architects, scientists, and other creative collaborations.

SSS: I like the hometown approach that “improving the public realm for all New Yorkers” implies, for the simple reason that everything I see built to attract tourism elsewhere seems somewhat flawed.  A more organic approach is making the city a great place for its residents, and then the tourists will come. Having said that, what is your sense of what our public realm communicates to visitors today? And, as you settle into your new position, what would you like to improve about the visitor experience?

SC: As I said, the first view visitors and New Yorkers get entering our city is its transportation hubs—airports, rail stations, ferry terminals, bus stations and subway stations, which sometimes feel more like the movie “Brazil”.  People love Grand Central Terminal because the architecture and grandeur of the space elevates the act of travel and the spirit. As a global city, we should be able to compete with London, Paris or Beijing by having well-designed and welcoming places that convey the aspirational goals of our city. These hubs can be improved through collective effort and enlightened leadership. It’s possible–look at how we’ve restored and enhanced our parks, streets, and plazas over the past ten years.

SSS: Among the Design Trust’s initiatives is Made in Midtown, a project that emphasizes the importance of the fashion industry to NYC. The Garment District provides local jobs, which we’re all talking about today. Are there any other such job creating, light industries that the city should be advocating for?

SC: The cities that are really planning for the future are thinking about attracting new industries that take advantage of the talent and skills of their people. In New York we’re fortunate to have great diversity in our population and industry–fashion, film and media, finance and sports as well as the finest medical and cultural institutions in the world. From my days at DCA, I recall various pharmaceutical industries and others doing research or partnering with the New York Botanical Garden or American Museum of Natural History. These efforts resulted in vast numbers of ideas every year.

We have a willing and skilled work force that can produce high value goods. We can help by maintaining work districts, and adapting them to 21st century industrial methods. We need to have mixed use districts that keep workspace affordable as well as visible to the public; skilled and innovative fabrication is s a vital part of our culture and identity.

We need to continue to attract and retain industrious and creative people to keep the city vibrant. It is also important to keep the work of tradespeople visible in shop windows and on sidewalks. The flower district, the fashion district, the kitchenware and lighting districts, make it possible for synergistic relationships in commerce and business to occur both by chance and with alacrity.

In Long Island City, there are nascent industries doing mass customization using computer aided machining and types of manufacture. There are traditional industries and service providers who are part of the supply and service chain for artists and entertainment. There are also efforts around the Noguchi Museum to establish these communities as vital to the survival of creative work and exports that will provide income to the city. 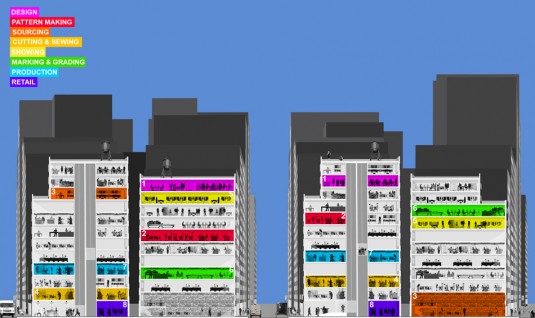 Made in Midtown Interboro Partners

SSS: When your appointment was announced, you talked about “new frontiers ahead for the Design Trust.” Can you give us a glimpse at what those new frontiers might be?

SC: As more than 50% of the world’s population is living in cities, the importance of reinventing the public realm—the flows/networks, post-industrial zones, and public space, is of primary importance. There is some new thinking to be done here. The Design Trust has played a path-finding role, at early stages of identifying undervalued public space and noteworthy issues, i.e., the High Line, the Taxi, High Performance Guidelines, Five Borough Farm, and working with key stakeholders to re-imagine, shape and identify tools to implement a new vision. 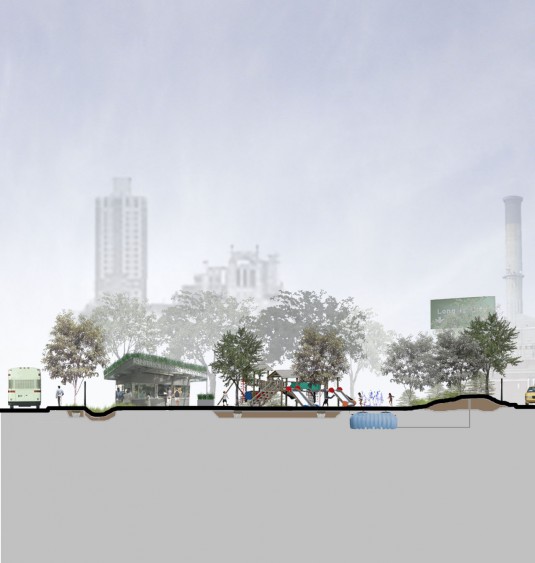 We want to kindle the spirit and vision of independent thinkers and doers, to diffuse responsibility and opportunity to make New York City an example of a vital, open and healthy metropolis. There is more work to be done to improve the public realm, and much of it will be done increasingly by citizens and the private sector in partnership with government.

We need to create a broader understanding of what makes public space that we share great, to educate policymakers on the issues that are critical and the design tools we can employ.

SSS: Thank you Susan and I, for one, will cheer you on!