Q&A: Yves Béhar on DIY Design, Crowdsourcing, and the Future of Craft

Ruediger Otte and Roman Lindebaum’s Greenwich Tea Time table. Image: courtesy the designers The notion of a single designer creating an object that is finished when it rolls off the assembly line is as antiquated as Ford’s Model T. Increasingly, the decision-making power is being put in the hands of consumers, who are being asked […]

The notion of a single designer creating an object that is finished when it rolls off the assembly line is as antiquated as Ford’s Model T. Increasingly, the decision-making power is being put in the hands of consumers, who are being asked to vote for potential product releases, customize their new purchases, and even design their own wares through open-source Web applications. It’s a broad-reaching and often grassroots movement in which individuals, from laymen to pros, are participating in the creation or modification of mass-produced objects, blurring the line between the role of designer and consumer. In his first curatorial effort, the industrial designer Yves Béhar—the founder of fuseproject, whose products include the $100 XO laptop, a jewel-like Bluetooth headset, and, most recently, hip glasses for needy Mexican children—explores these developments for an exhibition called TechnoCRAFT, opening at San Francisco’s Yerba Buena Center for Contemporary Art on July 10. Recently, Behar spoke with me about this 21st-century arts-and-crafts movement and what it means for the future of design and the assembly line.

How do you define “techno-craft?”

It’s all these new ways in which people are bringing the notion of craft into design, the notion of self-made, self-crafted, self-developed products and software. The big phenomenon that the show is trying to explain and walk visitors through is this notion that while a lot of people said craft was disappearing, actually there’s a new type of craft, a new type of involvement of the human and the hand in the mass-production process. 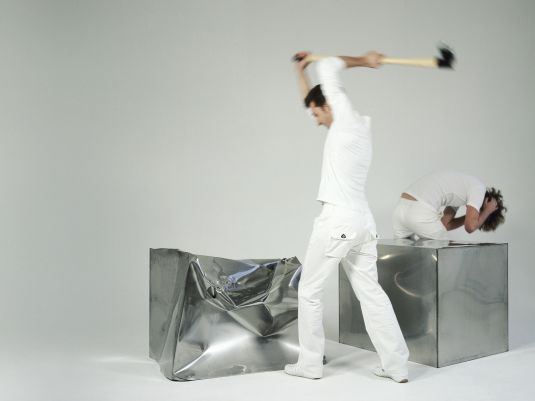 Some of the pieces that have been customized by so-called hackers clearly represent an impassioned backlash against mass-production.

There’s an emotional disconnection between things that are mass-produced because, by definition, they’re made quite often for the averages, not for my specific needs and my specific tastes. Customizing is part of how people are regaining access to an emotional connection with the object.

Tell me about one of your favorite objects in the exhibition.

Martino Gamper’s one hundred chairs created in one hundred days, a tour de force which I believe will be the only showing outside of Europe. He took discarded chairs he found all over London and customized them into something new.

You’re very interested in the role of story in creating a product. How will that change once the consumer is involved?

The story will be even more compelling. Participation is the new brand loyalty. If you get people to participate in what you’re doing, the story that you’re trying to tell is going to be understood from experience, from the participation of the consumer, not just from listening. It adds to the notion of story.

Do you think consumers really want to be so involved?

They don’t have to, but I think when they do, the door will remain open instead of always closed. 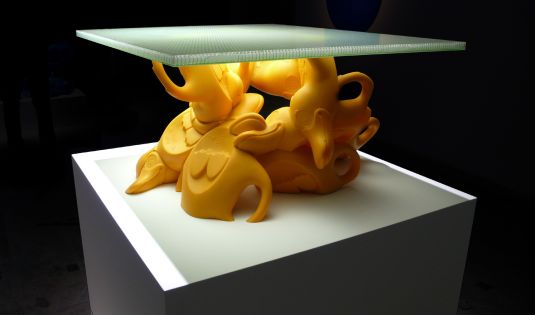 Are you also going to try to get museumgoers involved in the exhibition itself?

Yes. In the exhibit, we want to demonstrate the blurry lines between designer-consumer-museum.  So the sneakers created at the Puma Mongolian Barbecue can be: one, purchased and taken home (maker is consumer); two, resold at the design store we are setting up in the lobby (maker becomes seller); or three, exhibited in the show (maker becomes exhibitor).  This illustrates perfectly how the different worlds are colliding, and how this dialogue between design, commerce, and art is now immediate. People will also be able to print their own picture on the Jones beverage bottle and we are going to have some sort of crowd-sourced car.

Absolutely. What we are seeing is a whole new economy, the craftsman’s economy multiplied by the Web. Etsy is a good example of this: millions of makers in touch with each other, bartering, selling, buying, and generating a whole new type of direct economy—direct from maker to buyer without an intermediate.  The result is a much bigger reach for what used to be sold at Sunday craft fairs. 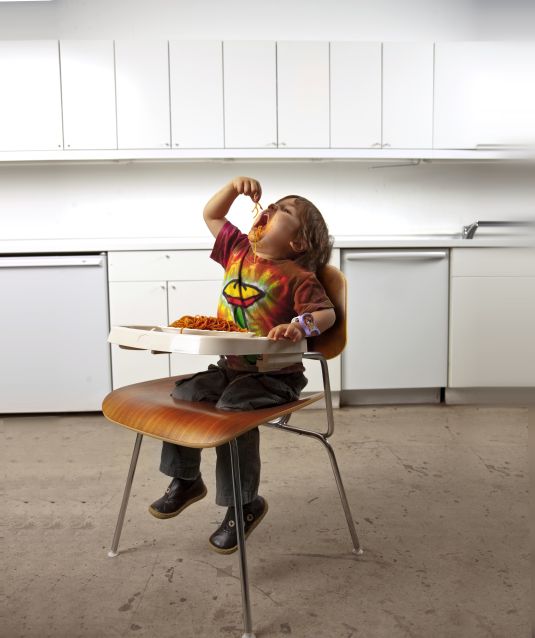 Do all these “hackers, modders, fabbers and tweakers,” as you describe them, share a common demographic?

A lot of them are young and edgy, but we also have pioneers such as Enzo Mari, and brands that have embraced these principles and created businesses with these principles: Threadless, Freitag, Puma.

How will the ideas of TechnoCRAFT—the collaborations and the customizing—affect role of designer and industrial design in the future?

It’s going to enhance it. Why should we leave a designer in his ivory tower to sort of dispense his or her idea of form and function? These collaborations bring people into the fold and create a dialogue between the two. The role of the designer is not diminished; on the contrary, it’s actually enforced—as an arbitrator of the dialogue between the product and its user.