Science for Designers: Intelligence and the Information Environment

Research reveals our preference for information-rich environments that can be easily broken up into informational groups.

Looked at in a certain way, the human environment is a kind of massive delivery system for critically useful information. It gives us information about obvious concerns, like where we are, where we need to go, where we might find food, where to look out for dangers (speeding cars, unsafe drop-offs, etc.) and many other things. And more subtly but importantly, it tells us where we will most likely feel safe and well. It now seems that when we find an environment beautiful, a form of integrated higher-level information telling us something important about the structure of the place, it is likely that it’s doing something positive for us. A grove of delicious ripe fruit is likely to be much more beautiful than one of diseased trees and rotted fruit — and that’s no coincidence.

Our aesthetic discernments have evolved as sophisticated assessments of what is likely to be in our best interest as organisms. Put simply, we have a natural hunger for beauty — because we have a natural hunger for the deeper, biologically relevant characteristics of places and things that we find beautiful. This works through information input and our neurophysiological system, which developed to process and interpret information and to discern its relevant and often hidden meaning beneath the obvious.

There is also evidence that we strongly prefer information grouped into patterns that we can mentally manage most easily — as the psychologist George A. Miller showed, we seem to prefer “chunks” of two and three, and, combinations of these, up to about seven or so. We also seem to have a natural affinity for the complex patterns that plants and other natural structures exhibit. This is one reason that we have an instinctive affinity for certain biological patterns, termed biophilia (see our post “Frontiers of Design Science: Biophilia”).

Research in environmental psychology reveals that we prefer information-rich environments, though we like them to be easily broken up into manageable higher-level informational “chunks”: buildings and spaces that have coherent relationships, that have identifiable pathways and entrances, that are layered in room-like sequences, that offer enticement, that form complex circuits and spatial relationships. The most attractive streets for pedestrians have these kinds of intricate, information-rich structures. And we prefer that the surfaces of buildings present us with rich information that we can “decompose” into manageable units that are still related among themselves and to the overall whole (they define a “system”). This means, among other things, that the structures at different scales do not have too abrupt a relationship to one another, but instead, have a coherent, proportional kind of relationship. Geometrical coherence, both on the same scale, and across different scales, seems to play a key role in what we perceive as beautiful and nourishing.

What about environmental art? Surely, as a cultural construct, art is a much more plastic phenomenon, shaped by creative expression rather than biological needs? Well, the answer is… yes and no. We can, indeed, distort the normal evolutionary relationships between people and their environments to create exciting, disturbing, provocative experiences of art — but such changes are not without consequence. In exchange for these short-term benefits, we may well create long-term negative consequences for human health and wellbeing. When we’re talking about gallery experiences, this is probably a limited risk. But at the scale of ordinary human environments, experienced hour after hour, day after day, there is growing evidence that the effect could be disastrous.

One of the most fascinating and intriguing such impacts seems to be in the ability of the environment to stimulate our ability to learn. Incredibly, it seems, the environment can make you smarter — or dumber! Some of the evidence for this surprising finding comes from animal studies. In an experiment conducted by R. Kihsinger et al., some trout were bred in minimalist tanks while others were raised in a more naturalistic setting — a tank that included a floor of pebbles. The brain size of those fish was then measured (specifically, the region of the brain that is responsible for intelligence), and both compared to that of wild trout. It turns out that brain size for the three groups was markedly different: significantly larger for those raised in a more naturalistic environment than for trout raised in minimalist tanks. Yet when compared to trout caught in the wild that are exposed to a far richer visual and otherwise experiential environment, the wild trout’s brain was larger than even the laboratory trout raised in tanks lined with pebbles.

In related experiments by G. Kempermann et al., this time on mice, a significantly larger number of neurons were found in the region of the brain responsible for intelligence, in two similar groups, one raised in an architecturally enriched environment, and the other raised in featureless cages. In a separate study, A. Sale et al. found a vastly improved development of the visual system in the brains of mice raised in architecturally enhanced vs minimalist environments. Note that the portions of the brain responsible for visual acuity and intelligence are tightly interlinked. These experiments vindicate a central finding by the father of modern neuropsychology, Donald O. Hebb, who claimed, in the late 1940s, that an environment enriched with ordered complexity enhanced intelligence in a permanent manner. Hebb concluded that rich experience of all types (and not only ordered visual complexity) is necessary for the full development of animal intelligence.

A scientific breakthrough came in the 1960s when M. Rosenzweig and his research group established beyond any doubt that enrichment of the environment leads to structural changes in the brain of animals. It seems that humans, and other animals before us, evolved what we now call “intelligence” as a tool to interpret the complexity — incoming information — of the natural environment. We eventually began to shape our own environment, and projected a similar complexity onto it — outgoing information — in the form of mural paintings, color, ornamentation, and fractal shapes.

Since the beginning of our evolution into humans, characterized by our urge to build and to create art, we have been involved in a two-way mutual reinforcement of environmental complexity of a very particular kind. Damaging any piece of this interchange mechanism damages the entire system. But what does this mean, in human terms? Countless studies have established that the rearing environment dramatically impacts brain growth in children. In 1994 the Carnegie Task Force issued a report warning that children raised in experientially poor environments suffer permanent setbacks as compared to those raised in richer, more enhanced environments. This was in line with the Head Start program begun several decades earlier in the US.

Turning to philosophy and robotics gives us a new insight into what might be going on. In 1998, A. Clark and D. Chalmers proposed the “extended mind” concept, where the workings of our mind actually extend beyond the brain and into our surroundings. An interplay takes place between our thoughts and internal memories, and knowledge and information stored outside yet within ready reach. Mobile robots do, in fact, use their environment as their memory — they have no stored internal memory, and thus save enormous computational overhead. Rodney Brooks’ Mars Explorer works in precisely this way. Its ability to navigate its environment comes from an “intelligence” that links internal processors with external information. This implies that the environment is crucial to the development of our brain: our mind is an integral part of our environment, and if we wish it to engage our intelligence, the environment should embody the same degree of organized complexity as our neurological processes themselves. 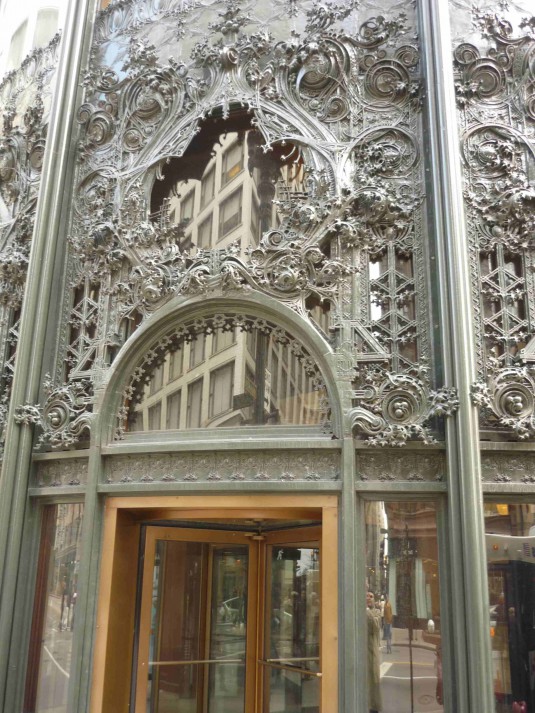 Our brains’ connections change — even in adults, but especially so in the forming child brain — in response to coherent complex inputs. Although data for the influence of architectural environments on humans is sketchy, it has been established that an activity certainly alters the brain’s connectivity. Actively playing music or performing a sport, for example, reinforces the wiring of the neurons responsible for that physical activity. Parents the world over encourage their children to take music lessons, if they are in a position to do so, not to make them into professional musicians, but because the ordered informational complexity of classical music is believed to help students perform better in school.

Granted, it’s a leap from talking about mice and trout to suggesting that our everyday environment requires ordered complexity, and that this is not — as usually assumed — a simple matter of individual taste. If future experiments reveal influences on human beings, we expect to find that environmental factors do indeed shape our own intelligence. Most importantly, their effect on the developing intelligence of our children is bound to be even greater than on adults with fully-formed brains.

So what are the lessons for designers of the human environment? The information content of our creations has a profound effect upon human life, and potentially, human wellbeing. We may decide to create minimalist environments because somebody finds them ideologically exciting, arresting, or fitting expressions of industrial technology. That’s essentially what the early Modernist architects did — and we’re slowly beginning to recognize the profoundly damaging consequences of that fateful approach. Or we may decide to impart other kinds of information — the dramatic expressions of new avant-garde art, the eye-catching advertising of products, or the packaging of exciting industrial forms — or perhaps some mesmerizing combination of these. But to the extent this information disrupts and displaces other kinds of information to which we are biologically attuned, the evidence suggests, it can do great harm. So it seems that if we truly want the wellbeing of our users — if we see ourselves as honored design professionals, with a duty of care — then we must work to imbue our environments with the kind of information richness that human beings actually need. This is a different way of looking at design, but perhaps a vitally needed one.

Michael Mehaffy is an urbanist and critical thinker in complexity and the built environment. He is a practicing planner and builder, and is known for his many projects as well as his writings. He has been a close associate of the architect and software pioneer Christopher Alexander. Currently he is a Sir David Anderson Fellow at the University of Strathclyde in Glasgow, a Visiting Faculty Associate at Arizona State University; a Research Associate with the Center for Environmental Structure, Chris Alexander’s research center founded in 1967; and a strategic consultant on international projects, currently in Europe, North America and South America.

Nikos A. Salingaros is a mathematician and polymath known for his work on urban theory, architectural theory, complexity theory, and design philosophy. He has been a close collaborator of the architect and computer software pioneer Christopher Alexander. Salingaros published substantive research on Algebras, Mathematical Physics, Electromagnetic Fields, and Thermonuclear Fusion before turning his attention to Architecture and Urbanism. He still is Professor of Mathematics at the University of Texas at San Antonio and is also on the Architecture faculties of universities in Italy, Mexico, and The Netherlands.