When you have something that works it’s only natural you would want to replicate it. Especially if that something is the long-awaited, newly revamped stage home of the Royal Shakespeare Company (RSC) in Stratford upon Avon, England, recently nominated for a Stirling Prize for best building of the year and responsible for taking the RSC firmly into the twenty-first century with state-of-the-art acoustics and technology. So as 2011 dawned and the RSC turned 50 it set about building a temporary version of its main auditorium and thrust stage for export. Five months and 230 tonnes later the provisional theatre was shipped over to New York and painstakingly re-assembled for use in a six-week summer season of Shakespeare in New York. The only venue in the city big enough to house it was the suitably atmospheric 19th-century Armory building on Park Lane, leading Michael Boyd, Artistic Director of the RSC, to refer to the project with some pride as “an hubristic thing we’re trying to do”. 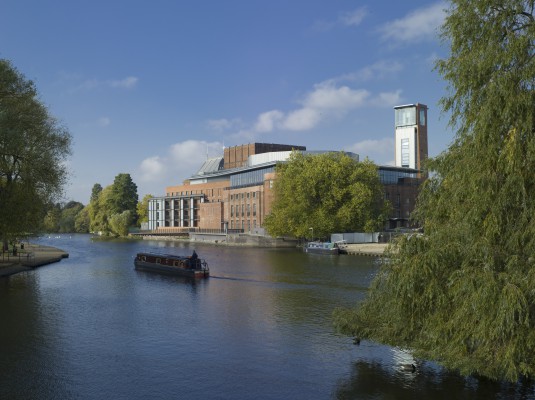 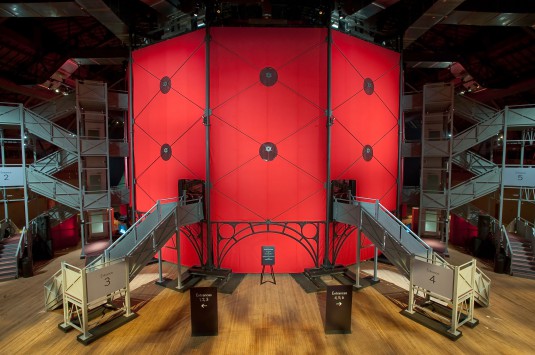 The Shakespeare Theatre in New York – replete with stage, backstage, proscenium, seating and technical galleries – is a full-scale replica of the original (albeit with slightly fewer seats: 975 versus 1,040) allowing the RSC to put on five of its most recent productions with very little changes. It maintains the intimacy that the transformed UK theatre is so proud of, with its thrust stage jutting out into the audience and putting actors and audience ‘in the same room’. The furthest seat is only 49 feet away from the edge of the stage. “It’s to do with the immediacy of being able to see and hear the actors, see the whites of their eyes, hear every word that’s spoken,” explains Simon Erridge, a director at London-based Bennetts Associates and the project architect responsible for the transformation of the RSC’s home in Stratford. “It’s the kind of involvement in the performance that you couldn’t get in the previous auditorium.” 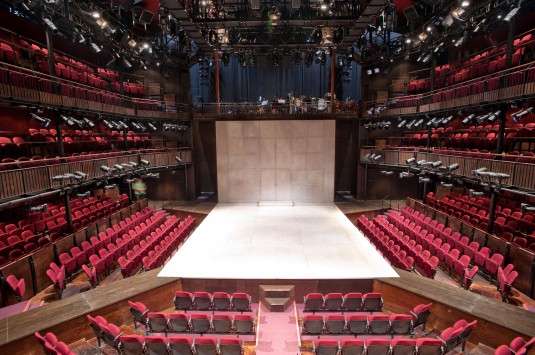 In fact, the New York incarnation of the theatre is so close to the spirit of the Stratford auditorium that Rab Bennetts, founder and director of Bennetts Associates, said he felt pure ‘elation’ when he saw it. “Coming in from the heat and humidity of Park Avenue, New York, it was like stepping straight into Stratford-upon-Avon.” He explains how the RSC – which is 50 this year – has made a virtue out of necessity turning packing equipment into a fully-fledged part of the temporary structure. “The main hall of the Park Avenue Armory was like ‘a container city’, with 44 shipping containers arranged in a grid as a base for the auditorium and a series of workshops behind the stage.” Once he stepped outside the familiar auditorium the structure took on an “architectural quality of its own” he said.

For Shakespeare aficionados who can’t make it to Stratford-upon-Avon in the near future, Park Lane’s Armory is currently offering the next best thing: the bard’s new home away from home. And a glorious one at that.

The Royal Shakespeare Company’s six-week residency is part of the Lincoln Center Festival and lasts until August 14.

Giovanna Dunmall is a freelance journalist living in London who writes about design, architecture, travel and green issues.