Discovering the rich (and threatened) legacy of modern design in Raleigh, North Carolina.

Midcentury modernism might be enjoying a renaissance in fashion advertising, but it faces a new dark age in suburbia. Modernist houses from the 1950s to the 1970s dot the sylvan hills around Raleigh, N.C., but the neo-colonial hordes are advancing.

Architects associated with the School (now College) of Design at N.C. State University have designed hundreds of houses in the area over the years. But pillars and pediments threaten the sweeping rooflines and glass walls of houses built by the architects lured to N.C. State by the school’s founding dean, Henry Kamphoefner.

Preservationists point to the Catalano House, designed by Argentinean Eduardo Catalano, who taught at NCSU and later at MIT. Its hyperbolic paraboloid roof deteriorated while the house was unoccupied and its last owner sold it to a developer who razed it in 2001 to build two large houses. Preservation North Carolina had tried to save the house but could not find a buyer.

George Smart, Jr., a leadership development consultant, started Triangle Modernist Houses to help draw attention to the area’s Modernist legacy. (His late father, George Smart, was an architect who had studied at NCSU, but did not design houses.) The website catalogs 423 houses by 97 architects, with more than 1,224 photographs. To help support his effort, Smart has organized a “Modernist Mini Tour” of three Durham residences on May 17.

In addition to biographical sketches of architects, including Catalano, Milton Small, and George Matsumoto, the site highlights a number of Modernist properties on the market, and links with sites and blogs about other Modernist preservation efforts. 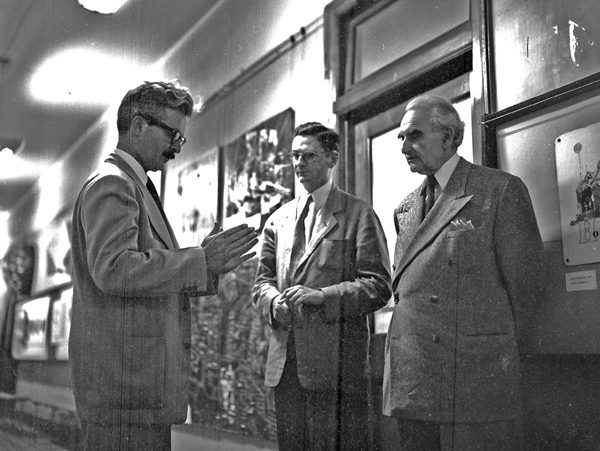