When it comes to cultural design spaces in New York, I’d have to say that I sometimes get the feeling they are in crisis: Cooper-Hewitt will be closing soon for its renovation (they’ve already closed access to their collections, though they just opened their Triennial, which is worth seeing); the Museum of Arts and Design […]

When it comes to cultural design spaces in New York, I’d have to say that I sometimes get the feeling they are in crisis: Cooper-Hewitt will be closing soon for its renovation (they’ve already closed access to their collections, though they just opened their Triennial, which is worth seeing); the Museum of Arts and Design is continually having funding challenges (will they ever mount that exhibition on George Nelson?); while other spaces, like Storefront for Art and Architecture or the Van Alen Institute, need to figure out exactly where they are headed. So it was great news to hear that the Triennale in Milan will be opening a permanent space in Manhattan in September.

Located in the old premises of the Museum of Arts and Design at West 53rd Street, the new multidisciplinary space will bring the experience of Italian design, architecture, art, and food to the city, in a space designed by the Italian architects Michele De Lucchi and Pierluigi Cerri in collaboration with New York studio CUH2a. We got our hands on some of the renderings. 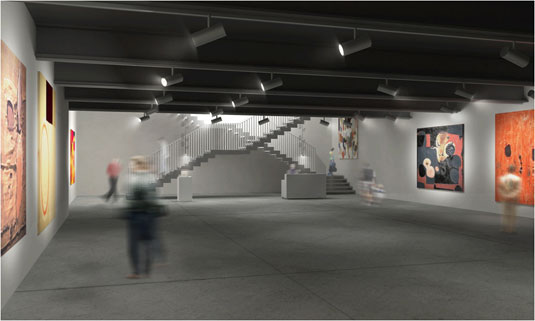 The core of the 18, 067 square feet (about the same size as Cooper-Hewitt’s exhibition space after their renovation) will be devoted to exhibitions, occupying more than half of the space. In addition, the building will include a restaurant, a bookstore and shop, and an espresso bar.

“Triennale New York will bring the essence of Italian identity to New York City,” said Davide Rampello, the president of La Triennale di Milano. “We will try to represent the extraordinary qualities that are the hallmark of Italian ingenuity, industry, and culture.” 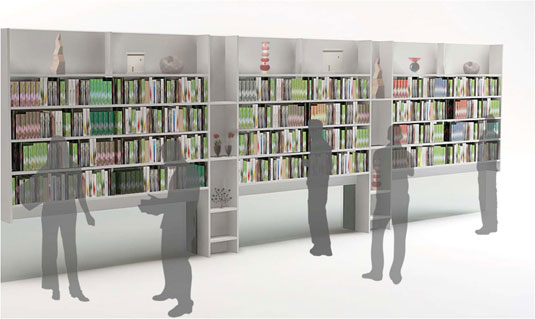 The Triennale New York exhibitions will be expressly conceived for a New York audience by La Triennale di Milano curatorial team, under the direction of Rampello. The inaugural exhibition will be devoted to the work of Gio Ponti, and will showcase architectural models, drawings, writings, and personal objects belonging to one of Italy’s best-known 20th-century architects and designers. It’s being curated by a scientific committee headed by Germano Celant, who always puts together serious but accessible exhibitions. I hear an exhibition on Mariano Fortuny is in the works down the road.

The idea of the overall space is to curate all of its cultural offerings, so the restaurant promises not to just be a space to get good food and wine, but the menu will be guest-curated on an ongoing basis by well-known chefs from Italy and will use products from every part of the country. Let’s just say you won’t just be getting a bowl of spicy meatballs. 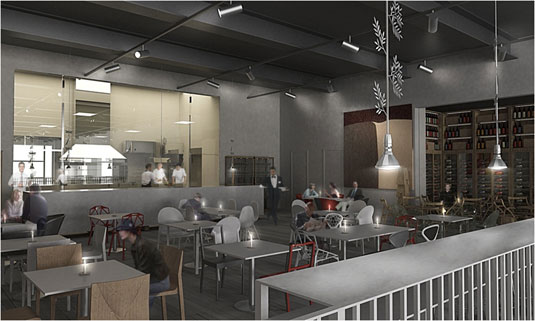 Also, keeping in mind that New York is a city that never sleeps, the gallery will be open seven days a week (Monday to Friday until 9 p.m. and weekends until 7 p.m.) and the restaurant will be open until 1 a.m. every day.

The Triennale has already opened a similar space in Seoul in 2009, and the organization has plans to open a space in Shanghai next year–and there are plans on the board for another in São Paulo. It’s refreshing to see, in our era of budget cuts, that different levels of government and business are working together with La Triennale di Milan, including Italy’s Ministry of Economic Development, chambers of commerce, and trade and professional associations.

Being on 53rd Street, across from the Museum of Modern Art and the American Folk Art Museum, was a smart move for the Triennale. Let’s hope some smart collaborations come out of that.