The division between life and labor is disappearing, as was demonstrated by the LiveWork SpanishStyle Design installation at NeoCon 2015. 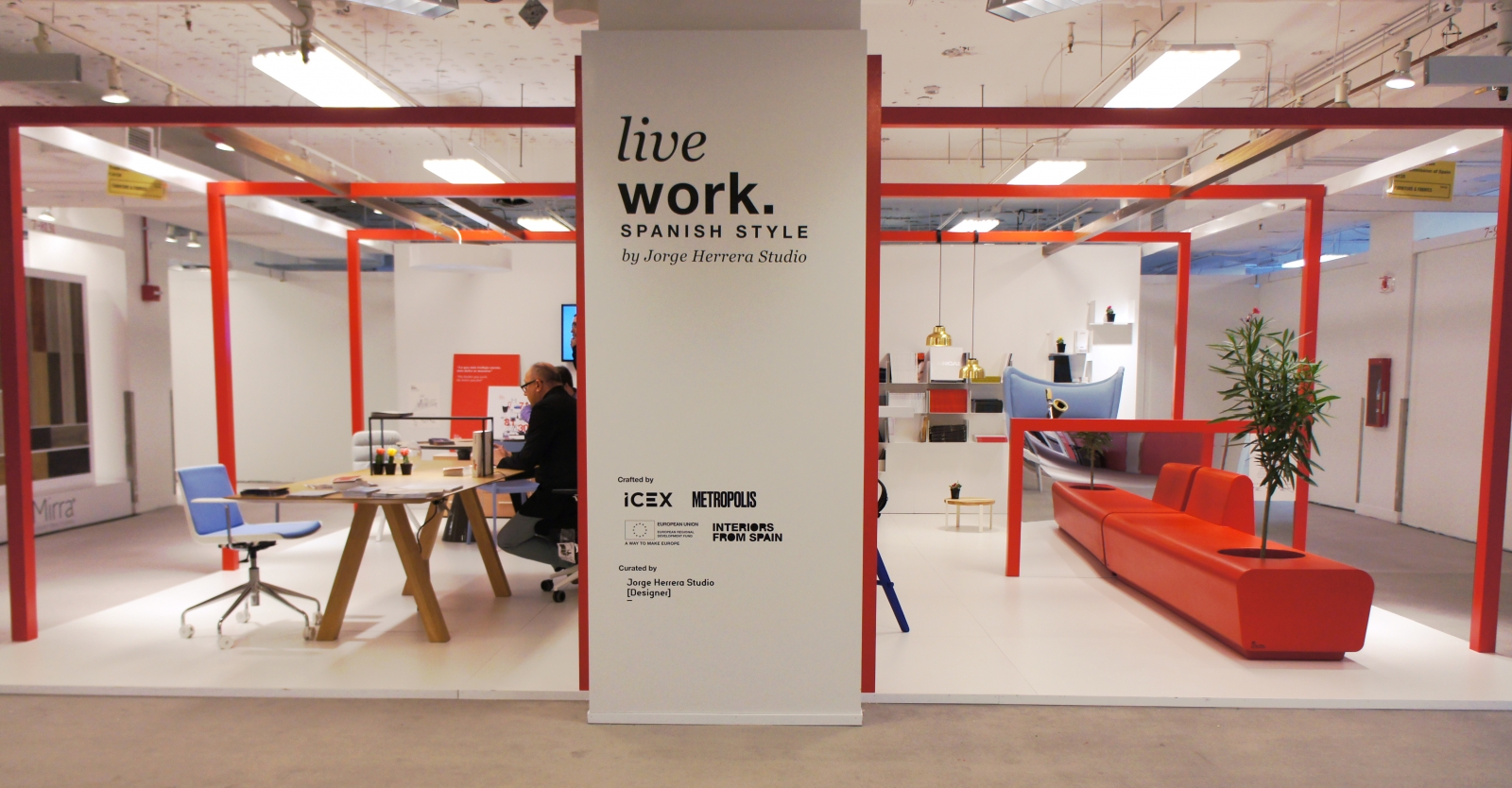 Jorge Herrera’s winning project included a custom Strip sofa from Stratta in the informal meeting zone and a Viccarbe Trestle table and an Ofita Nexa chair in its more traditional work area.

The boundaries are disappearing at the intersection of life and work, technology and culture. The LiveWork SpanishStyle Design competition, crafted by Metropolis and Interiors from Spain, called for proposals that showed how new schemes can be informed by contributions and products local to the Iberian Peninsula.

In the midst of an architectural legacy as diverse as Spain’s, there is no archetypal office for designer Jorge Herrera, who took the top place in the competition. “You find them in all kinds of buildings, inside apartments and basements, new or old,” he says. “Most companies are small, so people can move into any place and transform it into an office.” And at the diffusing border between life and labor, “workspace” is a fluid concept. With technology driving the pace of businesses, the decreasing size of computers, and the advent of tablets and smartphones, “you don’t need a large and complex office,” says Herrera. “Being realistic, if you have a chair and a table, you can probably do most of your work.”

Herrera’s winning proposal is sectioned into versatile zones. “We wanted to create four spaces that we believe exist in every Spanish office,” he explains, “and also something evocative involving red wood.” The informal meeting zone is furnished with his customizable seating system, Stratta, where he envisions a morning coffee break or a brainstorming session. Then, to invoke a living space where clients may go through e-mails, read, or do other work—as well as store belongings—he created a waiting area with elements such as a bookcase and a red bike rack. Herrera’s multipurpose zone provides a place for people to gather for conferences or presentations. And of course, since employees still need a traditional place to do work, there is a desk area that is suitable for independent work yet provides an ample surface that enables collaboration. “All of this comes from an informal and unpretentious vision, which is something I think is very present in Spanish furniture and interiors,” Herrera adds.

The winning design was installed at The Merchandise Mart at NeoCon last month in Chicago. Runners-up for the competition were Mermelada Estudio and Rai Punto with their project, Patio, and Noviembre Estudio, with Blueprint. 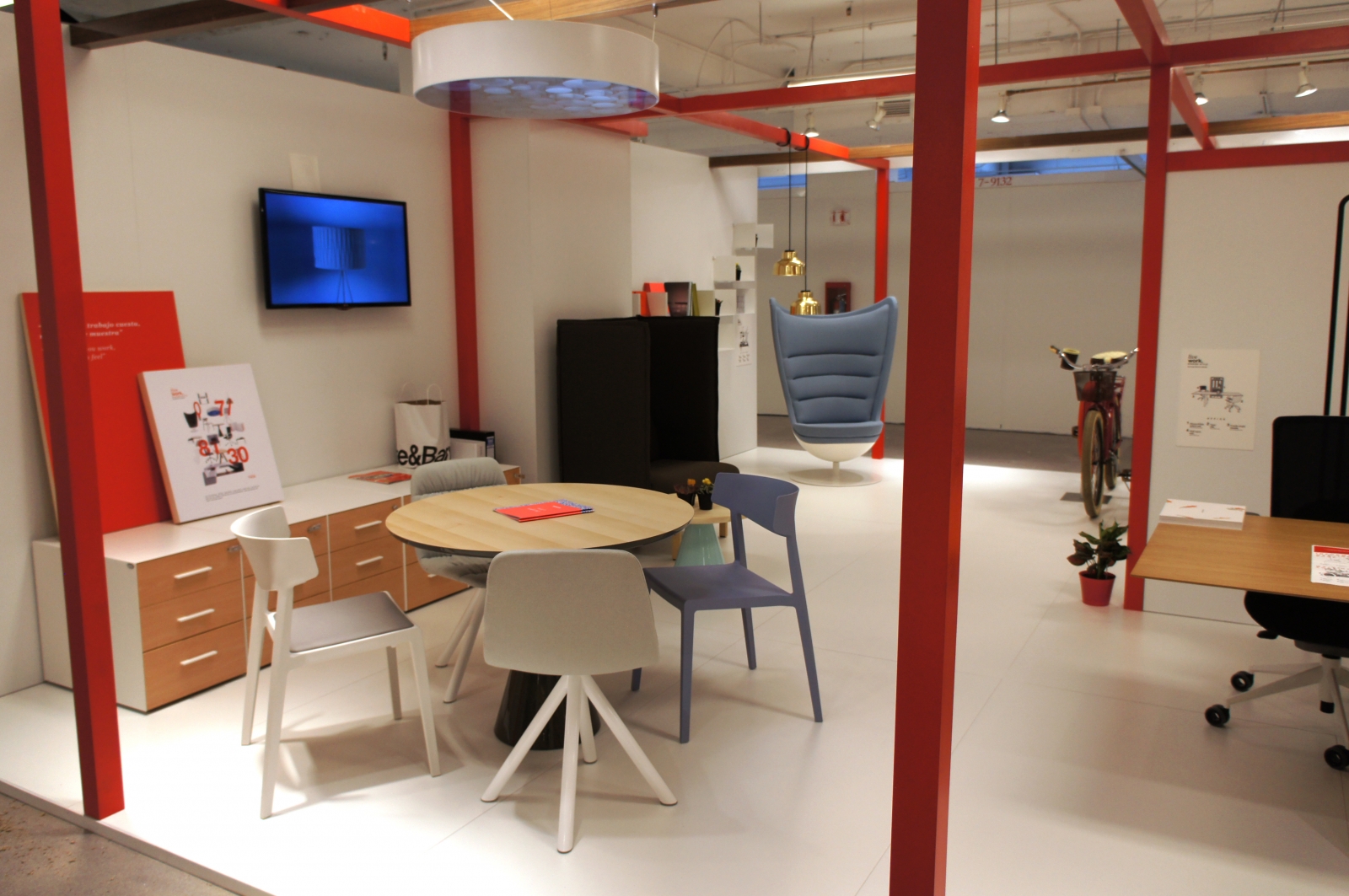 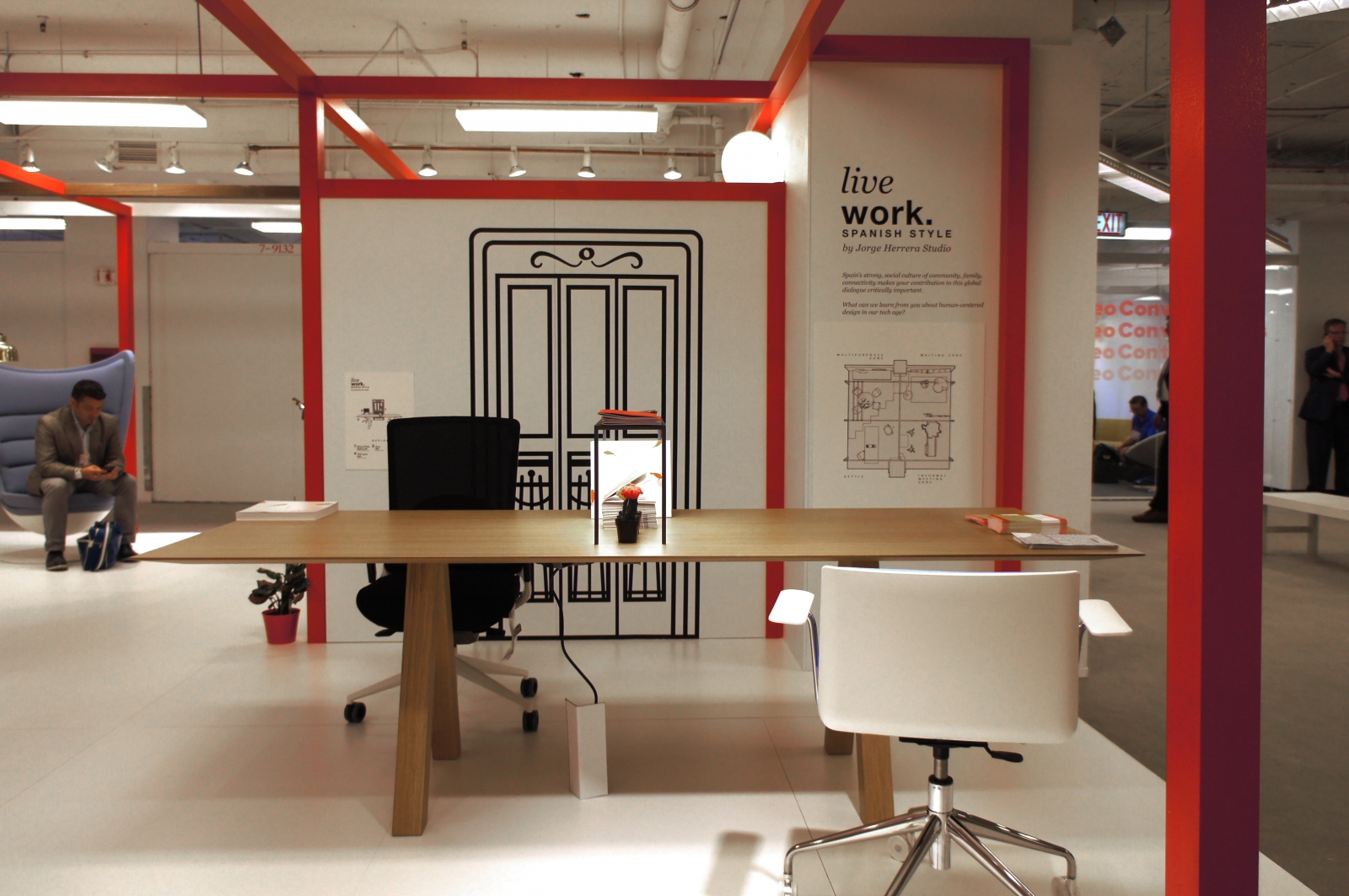 The multi-purpose area, separated into office zones by the red lattice structure, is furnished with a Pion table from Sancal, wing chairs from Actiu, Branka chairs from Akaba, a One file cabinet from Ofita, and the A-3050 Balloon lighting from Estiluz. 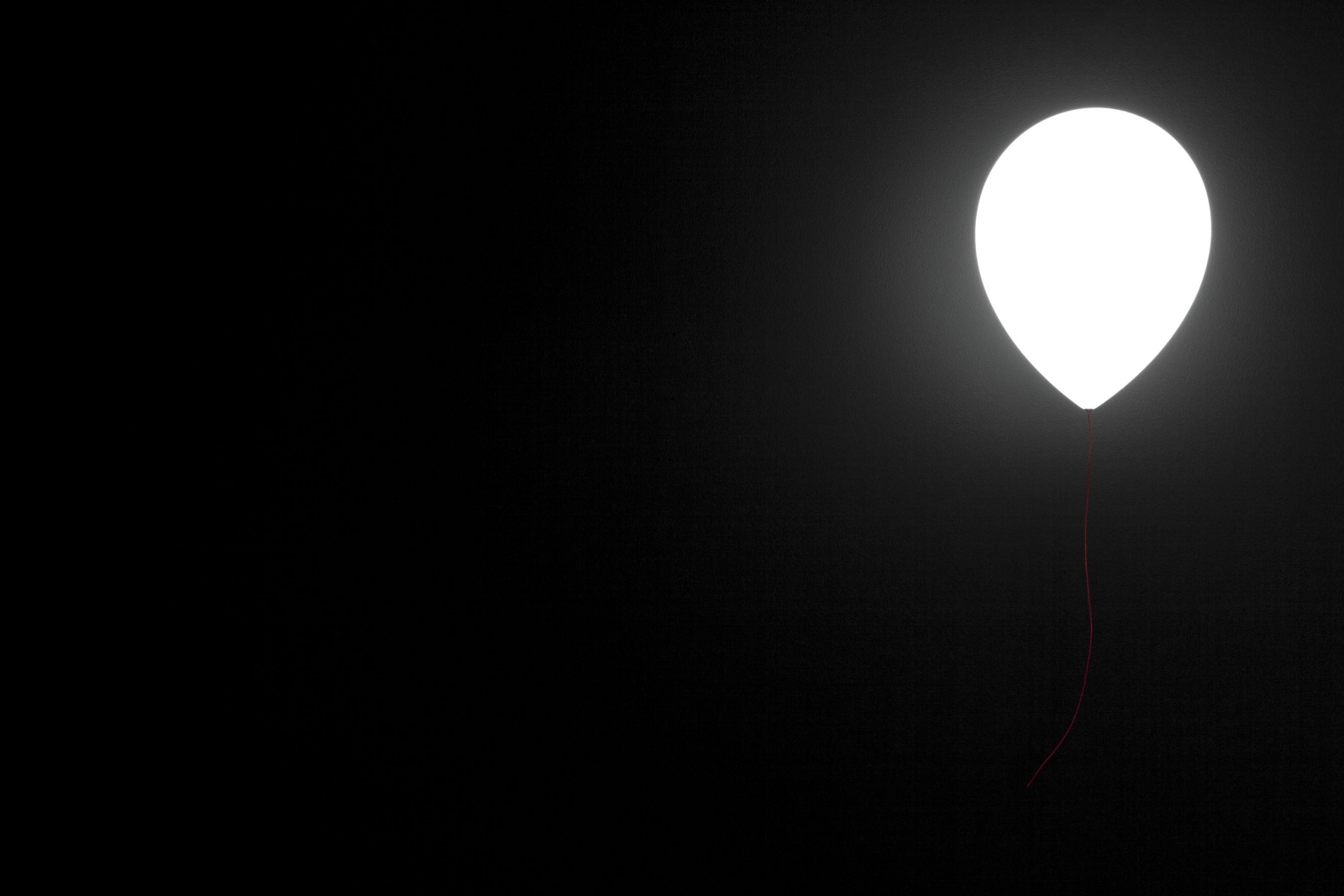 The A-3050 Balloon lighting from Estiluz seen in the background of the multi-purpose area of Jorge Herrera’s winning project design.