Last Thursday, I got a sneak peak inside the Newseum, a $450-million shrine to the Fourth Estate that opens this spring in Washington, D.C. Designed by the New York architecture firm Polshek Partnership, the Newseum (news plus museum—get it?) sits on a rare undeveloped sliver of Pennsylvania Avenue, between the U.S. Capitol Building and the […]

Last Thursday, I got a sneak peak inside the Newseum, a $450-million shrine to the Fourth Estate that opens this spring in Washington, D.C. Designed by the New York architecture firm Polshek Partnership, the Newseum (news plus museum—get it?) sits on a rare undeveloped sliver of Pennsylvania Avenue, between the U.S. Capitol Building and the White House. Its seven floors are dedicated to explaining the mission of journalism to a public that, these days, is equal parts consumer and critic.

The first thing you notice—apart, of course, from the 74-foot-high slab of Tennessee marble bearing the text of the First Amendment that hangs off the facade—is a row of framed front pages from dailies in all 50 states. It’s a neat trick, borrowed from the museum’s old home, in Arlington, Virginia, except here they’re on the sidewalk for everyone to read for free, as opposed to inside the building itself. (The museum’s Web site hosts a similar collection of scanned front pages from around the world: www.newseum.org/todaysfrontpages/default.asp.) 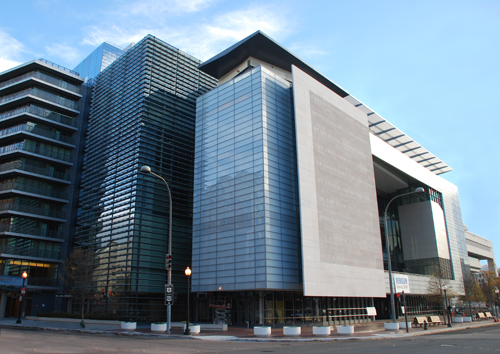 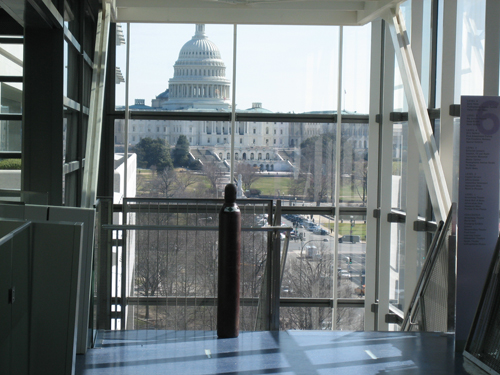 The architects nested enough symbols in the architecture to keep a J-schooler busy for a semester. The building’s three volumes are meant to evoke the pages of a newspaper; a pair of trusses leaves the massive central atrium column-free in a nod to the transparency of the newsroom; and the glass facade (a little shocking in a row of hulking neoclassical buildings) metaphorizes the press’s role as a “window on the world,” as the architect’s statement has it. The Newseum will also have a very live example of journalism on display; starting in April, This Week with George Stephanopoulos will be broadcast from a dedicated studio in the museum’s walls every Sunday morning. 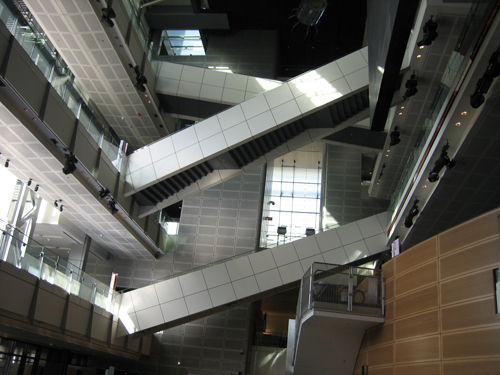 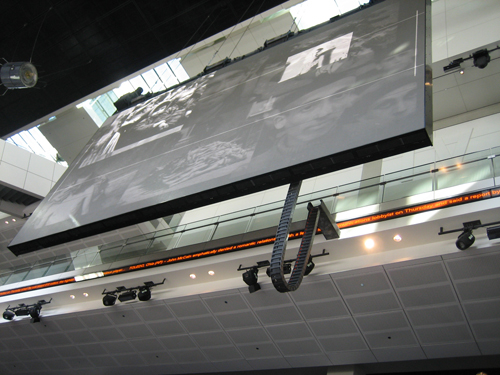 Not all the exhibits (which are designed by Ralph Appelbaum Associates) are fully in place yet, but I saw a few highlights. A section of the Berlin Wall and a twisted remnant of the antenna from the World Trade Center’s north tower make an interesting corollary. There is a “4-D” theater playing a hyperactive short that follows famed journalists on their reportorial adventures; if time-traveling with Nellie Bly and Edward R. Murrow isn’t enough, the theater also includes 3-D graphics and motion-controlled, water-spitting seats. (The latter feature is meant to evoke fog or rain or something—an unpleasant surprise!) More to the point of practical journalistic knowledge, I couldn’t find guidance anywhere in the museum on the ethics of accepting press junkets like the one I was on (which included a Wolfgang Puck–catered lunch and round-trip plane travel from New York). Perhaps there’s still time to add an exhibit.