John Edelman, the CEO of Design Within Reach, has no patience for self-indulgent design. Or, as he disparagingly puts it, design-for-design’s-sake. Unless a product merges beauty and marketability, the ultimate sweet spot, he’s just not interested. For our “So You Want to Be a Product Designer” story, we talked to creative directors at six American […]

John Edelman, the CEO of Design Within Reach, has no patience for self-indulgent design. Or, as he disparagingly puts it, design-for-design’s-sake. Unless a product merges beauty and marketability, the ultimate sweet spot, he’s just not interested. For our “So You Want to Be a Product Designer” story, we talked to creative directors at six American manufacturers about how young designers might break through. Edelman asked that Kari Woldum, DWR’s vice president of merchandising, join him in the interview. An edited version of their joint conversation with Derrick Mead follows: 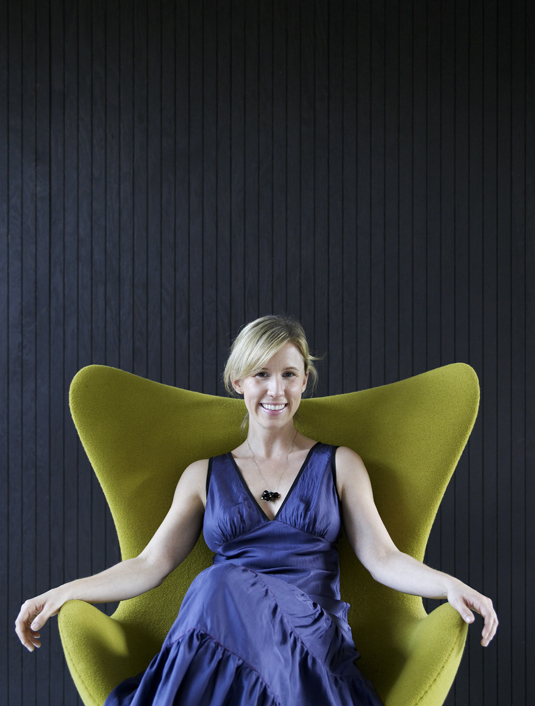 What are best ways for young designers to get noticed by manufacturers?

John Edelman: They can do shows, they can do competitions, and they can reach out to us. But the biggest problem we encounter is most designers are so out of touch with anything that’s marketable, they become valueless. They design for themselves, versus designing for the market. They purpose things that can’t be produced, or they don’t have a full industrial background. A lot of their ideas seem exciting on the exterior, but once you get past the first layer, they don’t become applicable.

Kari Woldum: With DWR, there’s such a perception of us being this giant retailer. There’s not a single email that comes to us that we don’t look through and assess. John said it years ago: “We want there to be a dialogue, and a open platform, no matter who they are, whether we’ve heard of them or not.”

JE: They seem to have a bit of a mafia. We had a cocktail party at my apartment a couple of years ago, with 30 young designers, and we said: “Here’s your chance. This is a place you can come to where we’ll give you a fair shake.” Not many of them came back with anything thoughtful. And the ones that did ended up being rewarded. Designers get caught up in getting editorial. Or they get caught up into getting into a particular venue. They’re not as concerned with helping the consumer. Selling three of something is not that hard. Selling 300 of something gets really hard. Selling 300 items helps fund the process of design. It helps to pay for the next prototype, or it helps to pay for marketing the product. Selling three, I can get it in a magazine, but it doesn’t recover the overall cost.

What’s the best way for them to approach companies?

JE: You have to understand your market, understand your clients. It’s not our job to tell them what to design. We might give them an idea or a direction, but then, to prove their value, they have to look at our assortment, look at the assortment in the marketplace, and solve a problem. A lot of designers, for instance, want to get a high-volume chair out there. That doesn’t solve a problem. Go through the collection of stackable chairs, and try to identify a total void. Design something that’s unique, to fill that void. But doing a chair, just to do a chair? It doesn’t have much value.

What are some of the most common mistakes made by younger designers?

JE: Designing products that aren’t thought through in a way that can actually be produced.

KW: The technical aspect is critical. It is amazing. There are designers who can create a beautiful sketch, and then there are designers who can create a real technical rendering—one that you can create quantity with. It becomes obvious when you get to a factory, with a set of drawings, whether you have a designer that inherently understands what it means to make a table that’s going bear weight. When you take something off of paper, and start working with real materials, that’s what separates the men from the boys.

Can you identify a young designer you’ve collaborated with recently? How did that collaboration come about?

JE: I had kind of idolized David Weeks’ work from afar. I saw it in magazines and felt that he had a special touch that I hadn’t seen in other designers. I was in his studio in Brooklyn, trying to work with him, and he was a nice man. One of the most important things in this industry is you have to be nice, too. We don’t want to work with any jerks. And David is probably one of the nicest people you’ll ever meet in your entire life. Within five minutes, you want to work with a guy like that. It doesn’t hurt that he’s also phenomenally talented.

KW: Rich Brilliant Willing, god, I can’t even remember the first time I met those guys. We had this mass movement of Design Within Reach people, from the west coast to the east coast, and we all landed here a year and a half ago, and there was a real focus for my team in immersing ourselves in the design scene in Manhattan and Brooklyn, and figuring out, who are the young designers looking to make names for themselves? Who are the players? Rich Brilliant Willing was at an event that we had. They were so bright-eyed. You could clearly see that their career was just laid out in front of them. They were interested in working on a variety of things. They had a fresh take on so many different categories. They’d done everything from trophies to lobbies to chairs. We want to be a platform for designers like them.

JE: The mission of our company is to make authentic modern design accessible. It means that our job is to be tuned in to these people, and take them out of a couture world, where no one can really buy their products, and bring them into the 44 stores, tell their story in the catalogue, make them available on the web, and produce their products. That’s our pure mission.

KW: David is a great example of that. Anyone who reads design or shelter magazines knows David’s lighting. So for us, here was an opportunity to take this guy and his pure talent and make a piece at a different price point, something more accessible. Rich Brilliant Willing was known, not for the opposite—but there isn’t such a highfalutin-cy around them. They combine technical sophistication with this handcrafted feel. This materiality and technology is a cool story, and we can celebrate that with them. If you look at the two products side by side, it’s interesting, because although they’re both in the same product category, the designers come from such different places.

What quality are you looking for in your projects?

JE: I personally want all of DWR’s design. Not just in the store, but do you want to make room for it your own home? Is it a must have? That’s one thing Kari and I tell people. To hold your own within our collection of products, it’s got to inspire more than “oh, that’s nice.” Oh-that’s-nice doesn’t cut it in our stores. It has to be timeless.

How many submissions do you get a month?

JE: It can be overwhelming. Oftentimes I think designers cause their own demise, because they submit work and it’s not thoughtful. How many thoughtful submissions do I look at a month? I probably look at ten. The number of submissions is out of control, but thoughtful ones that understand an aesthetic and the market? Very few.

What’s the best pitch you’ve ever gotten from a young designer?

JE: This kid came in and he had redesigned the classic Asian wooden chair. It looked a lot like Danish modern but was heavily influenced by Chinese design. He put a red stripe down the middle of it, and he had this beautiful story about how he was living in China, and he was inspired by the classics. He painted this unbelievably romantic story. He told me the reason for the chair, the lacquer, the tone, and he made it appropriate. In the end, we didn’t do the chair. It was the wrong chair for us. But the passion this kid had, the romance that he had infused into a piece of furniture, and the dedication with which he had designed it, made me fall in love with him, and we ended up finding something else for him. It wasn’t that chair, but from that presentation, he demonstrated true passion for product, and he infused a legitimate background story, and made it romantic for the consumer. We live for this stuff. We’ll spend our time at night surfing magazines, surfing 1stDibs just educating ourselves, looking for things. If you don’t get from a designer that they live for this, and that their blood is in the piece, then it’s easy to say no. Passion is what excites us.

Has a young designer ever produced a bestseller for your company?

KW: We’ve been around for 11 years, so a lot of our bestsellers came from guys who were quite young when they started. I use Jeffrey Bernett’s name time and time again. Jeffrey was young, when he first approached us. Some of our best selling in house products come from him. He has the ability to understand the market, the full competitive landscape of what’s happening for us—who else is selling in our arena, what they’re selling, what might be lacking at DWR that he could offer as a designer—and combine it with an understanding of production and manufacturing, as well as a passion for design. Jeffrey brings every, single one of those attributes to the table.