Can urban neighborhoods reverse the development tide to save mom and pop?

Where you can you find a turkey basting pan or Christmas lights on New York’s Upper East Side anymore? According to neighborhood activist and architect David Beer, it’s getting tougher and tougher in this development climate of the dying mom and pop shop.

His guess is that the owners of his favorite closed hardware store that sold these necessities hop in a cab toward box stores like everyone else these days. But of course if you need a new cell phone or an ATM in Yorkville you’re always in luck.

There’s tons of development going on in the area (as evidenced, among other things, by all the falling cranes lately). As the low rise buildings that house small shops are replaced by newer, taller, buildings, the little guy does not tend to return. Beer thinks it’s mainly laziness on the part of developers who favor bank branches or chain drug stores to more useful and varied vendors. A cursory Google search implies that high rents have something to do with the bank branch phenomenon across the city as well.

“Nobody has been drumming the beat for Yorkville, people just accept it,” Beer worries. “We are losing all the quality, the mixed-use living, which distinguishes New York from places like Houston and makes this such a wonderful place to live.”

To combat the diminishing fun of living in a Yorkville that is losing its neighborhood restaurants and hardware stores, Beer suggests awareness as the first plan of attack, followed by legislation. Zoning laws have been a tool in other parts of the city. For example, as of a few months ago, there will be no new street level banks along 125th Street between Broadway and Second Avenue.

The Upper East Side is especially hard hit with the Second Avenue subway mowing down even more little stores while promising higher rents in the future, but this is in no way unique to New York (U Street in Washington, D.C. is another example of a metro stop and development impacting small business). The shift toward a more homogenized shopping culture has been gaining momentum in cities across the country. It’s a good time for all of us to think about creative ways to keep our neighborhoods strong and diverse. 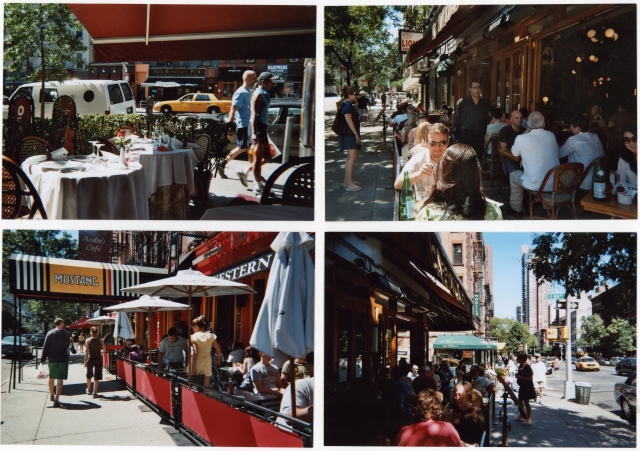