Photo: Tomas Kauneckas. Lithuanian photographer Tomas Kauneckas has an important message to tell us all: don’t play with water. That message is the title of his photography campaign on water conservation that he and his team created in 2009. The photographs are still circulating as a cutting-edge campaign aimed at our global view of water consumption. Privatization […]

Lithuanian photographer Tomas Kauneckas has an important message to tell us all: don’t play with water. That message is the title of his photography campaign on water conservation that he and his team created in 2009. The photographs are still circulating as a cutting-edge campaign aimed at our global view of water consumption. Privatization of water, farm irrigation, and hydropower across the globe are causing alarming drops in ground water levels. More than 40 percent of the world’s population relies on rivers to supply water. More than 260 of those river basins are shared by more than one country. Ambiguous ownership of water rights is causing tensions that could lead to wars over water. Kauneckas illustrates this problem through his photography. He wants us to know we must prepare for this growing problem. His message is important, and we are inspired by his raw, graphic photography. We’ll let Kauneckas and his photos do the rest of the talking. 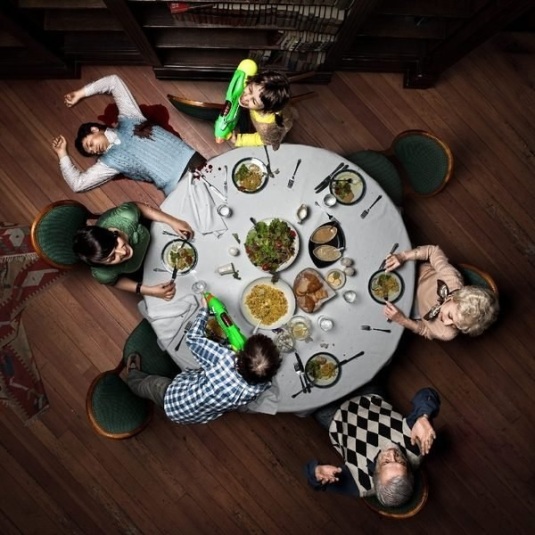 “I chose the usual place where all family members meet. We can expect children will act the same way as we are acting now with water.” Photo: Tomas Kauneckas.

University of Kansas Students: What inspired you to work with water?

Tomas Kauneckas: It is clear that we are running out of water. You can see this problem in Europe, sooner than some countries expect. Spain will have the same problem. Because we are made from the water, we need water. We are not taking care of our future or our kids’ future. I believe we are building our own history. I travel a lot. I’m traveling to eastern regions like Russia, Kazakhstan, and Azerbaijan. I don’t feel that they care about water at all. I wanted to do an exhibition because I think that photography is a language that lets you speak very loudly without any words. If the photography is good, your voice can be heard very wide.

KUS: Are you finding people all over the world reacting to your photographs? Have you reached a large audience?

TK: Oh yeah. We’ve done large exhibits in Russia, Azerbaijan, Georgia, Lithuania, Latvia, and Estonia. I post the photographs to blogs and social networks again and again. People see those pictures and they get inspired. As artists, we have an audience that lets us speak to them and we need to speak about this problem. That’s what all the socializing is about. Our purpose is to tell the people to save the water. It’s not very difficult, it’s easy. 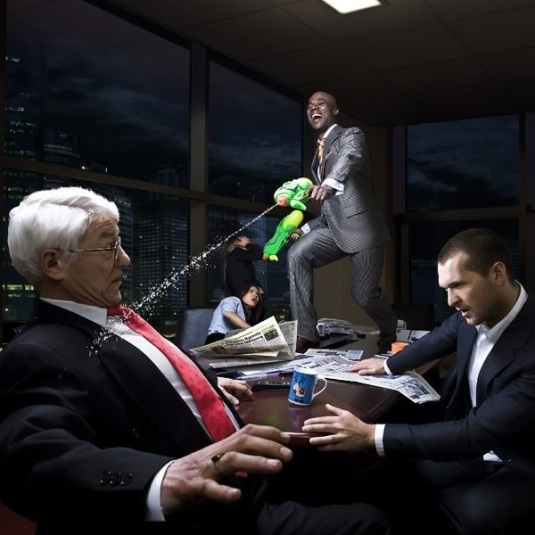 KUS: How do people respond when you tell them it is easy? Or is it just a difference in understanding?

TK: It’s not only the eastern countries. In my country [Lithuania], people understand that you need to save water. Step-by-step, more and more understand that. People are becoming more socially responsible, which is very nice. 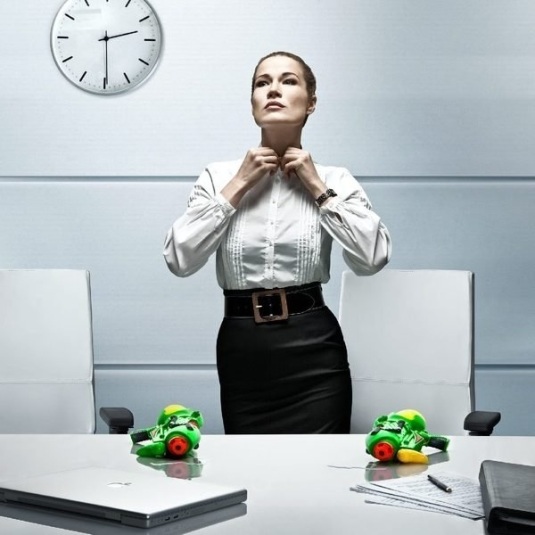 “I chose the meeting room and the woman with two guns to show power. Water will be used as a very powerful instrument in negotiations.” Photo: Tomas Kauneckas.

KUS: What inspired you to work with water guns?

TK: My friend and a creative director of an advertising agency were trying to find an angle to tell this story. We tried to avoid the stereotype on water supply. Many people say that water will be the reason for the next war. I believe that. We were imagining big machines with many gallons of water, and soldiers guarding that water. But we tried to avoid the stereotypical view. We chose the guns because we are actually killing ourselves. We are killing our future nations by not saving the water because they are the ones who will have the problem, not us. We are saying that people can’t live without water. If we waste it, we just won’t have it. If we are planning to have enough water supplies for more than 100 years, we need to plan for a population increase. We already have the problem and the problem will only increase. The water guns show people that it’s a really big problem. 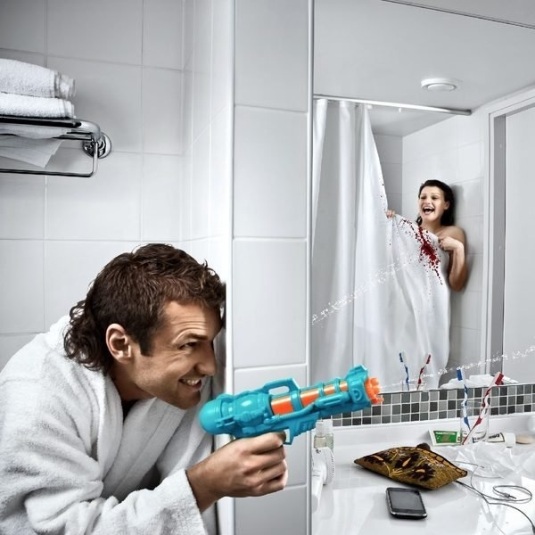 KUS: Where did you take the photos? Did you have a favorite shoot?

TK: We had a team of ten people who worked on the project. I found it inspiring that the location owners didn’t charge anything. They let us do it for free. They understood that it’s a very important project, and that people must know about it.

KUS: What kinds of things do you do to conserve water daily?

TK: To be honest, I didn’t think much about water before this project. I was like everyone else. I stood in the shower for 15 minutes in the morning, and maybe 15 minutes in the evening. When you put water into a glass, you fill it full even if you don’t drink it all. When I was doing this project, I really understood how important water is after each picture. Now my family is strict with the showers every morning. Antanas Mockus, mayor of Bogotá, filmed a commercial of himself showering where he stops the water as he soaps. (http://www.newsweek.com/2010/05/27/the-natural.html) He’s half-Lithuanian, so we are viral with the video. My family found that we really decreased the water we used. We decreased our water bill by 30 percent, which was a nice surprise. 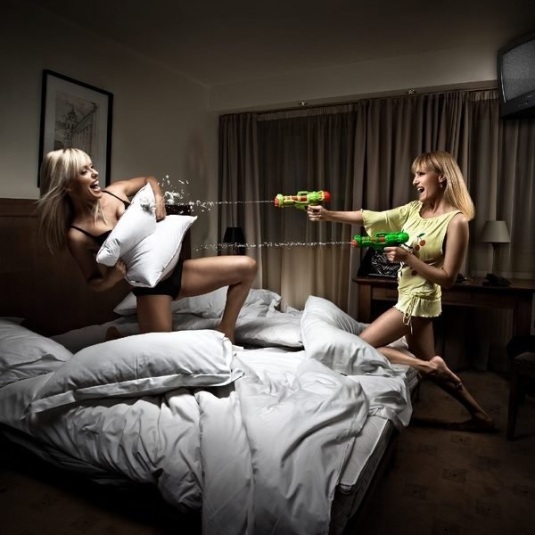 “People laugh. They don’t understand yet, how waste of natural resources will affect our future.” Photo: Tomas Kauneckas.

KUS: Is there anything else you would like to add?

TK: We were talking earlier about water as a global problem. I would like to say that working on these problems helps in other ways. If we can learn to save energy and natural supplies, it will only be better for us in many ways. I want to invite all artists to join that idea. The more people like us that tell these problems, then better will be for all of us.

Becca Harsch, Stephanie Stone, and Sam Seeger, students in Simran Sethi’s journalism class at the University of Kansas are learning to communicate complex issues via social networking. This is part of a series of posts from a class exploring the intersection of social media and social justice and using water and design as its primary lenses of inquiry.