Few people consider the sheer volume of freshwater that goes into the food they consume. The water isn’t just what’s on the surface. It includes the virtual water that seeps into production and distribution of the food products that line grocery stores. This lack of awareness is changing as findings emerge from a newly funded […]

Few people consider the sheer volume of freshwater that goes into the food they consume. The water isn’t just what’s on the surface. It includes the virtual water that seeps into production and distribution of the food products that line grocery stores. This lack of awareness is changing as findings emerge from a newly funded National Science Foundation study, leading some to wonder just how much water is being used to supply the food they consume and what the environmental consequences of those actions are.  Wheat, for example, accounts for 12 percent of global water consumption for crop production. On average it can take as much as 170 gallons of water to produce one pound of wheat. In one loaf of wheat bread each slice accounts for 10 gallons of water. As disturbing as these numbers may seem, wheat is one of the more benign agricultural commodities. One pound of sorghum constitutes as much as 365 gallons of water, and industrial beef production weighs in at a massive 2,000 gallons of water per pound of beef.

The time for reconsidering the environmental impacts inflicted by our diets may soon be at hand. The Ogallala Aquifer–the subject of the aforementioned study—is a vast underground layer of freshwater that covers eight states, including Colorado, Nebraska, New Mexico, Oklahoma, South Dakota, Texas, Wyoming, and Kansas—the country’s Wheat States. The aquifer is a critical piece of the U.S. agricultural infrastructure as it provides immense amounts of freshwater to the crops and livestock raised across the Great Plains. As much as 90 percent of the water withdrawn from the Ogallala is used for large-scale agricultural irrigation, supporting this $20 billion, multi-state industry. If completely drained, the Ogallala would take six thousand years to naturally replenish, and is now showing dramatic signs of overburden. In some states it has dropped more than 200 feet. All of this is taking place in areas of the nation that see little replenishment from rainwater to offset these freshwater withdrawals, leading to lower and lower water table levels. 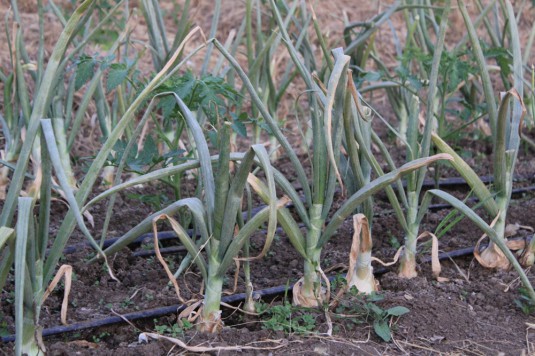 What’s more, the Ogallala Aquifer is the most prominent aquifer being over-utilized for agricultural purposes. Of the total freshwater withdrawals in 2005, 67 percent of groundwater withdrawals went toward irrigation. That’s more than 53 billion gallons of fresh groundwater being pumped per day. This dramatic over-usage of water is killing off small agricultural towns across the Ogallala’s expanse. One Oklahoma town, Boise City , is experiencing a drought more severe than that of the Dust Bowl (which stems from agricultural water depletion). But this isn’t just an obstacle facing those in the Great Plains. Some countries are already experiencing food shortages due to aquifer exhaustion. Soon, countries like Yemen, Syria and Iraq will be looking elsewhere for food production. Even Saudi Arabia, a once self-sufficient wheat producer, has depleted its aquifers to non-existent levels. All of these facts weigh heavily on the agricultural community, and are inspiring new decentralized systems that can reduce this water burden.

Urban agriculture is fast becoming the new way to grow food, not only for reducing the strain on freshwater supplies, but also as an active design tool within the sustainable building movement. This movement decentralizes agriculture, decreasing the need for the current model of pumping and piping fresh water to large-scale areas of cultivation and putting food production directly into the hands of urban communities. Urban farming weaves agriculture into the urban fabric of the city—drastically changing sources, consumption proportions and quantities of food supplied. Urban planning and agriculture blend together to create a balance between the needs of the community and the resources used to meet those needs. 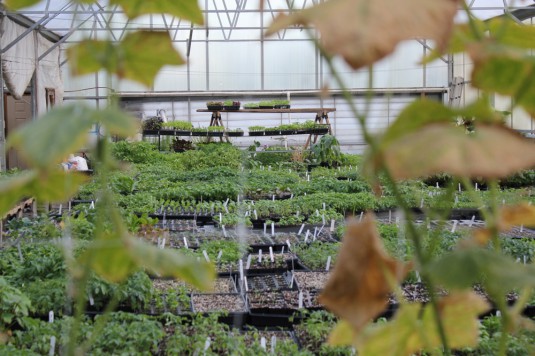 These systems are centered on converting under-utilized space into highly productive gardens. Roofs, abandoned lots, and areas below high-voltage power lines all become prime real estate for urban farming. Rain capture and greywater systems become feasible and logical when the development of land is scaled down to the size of a community garden. In addition to water conservation, runoff pollution from pesticide, fertilizer and transportation dwindle. Elizabeth Bouton, author of the blog Sustain by Design, views the aesthetic and social benefits as important facets of the urban agricultural model.

Bouton says, “In cities there’s a lot of hardscape and pavement so it’s definitely a nice thing to be able to walk by gardens and see people pick their own food. That’s something a lot of urban residents aren’t familiar with. It definitely helps people relate to where their food is coming from.” With these advantages, urban agriculture can transform space as an active design tool rather than applying another piece of hardscape.

Even though urban farming has many benefits, it is not without its obstacles. Bouton says, “Sometimes getting land in the middle of the city can be expensive, so often community gardens aren’t that profitable. It can also be hard to sell produce to restaurants and farmers markets. Getting the right maintenance and irrigation setup can all be difficulties, but these are all hurdles that are worth overcoming.” 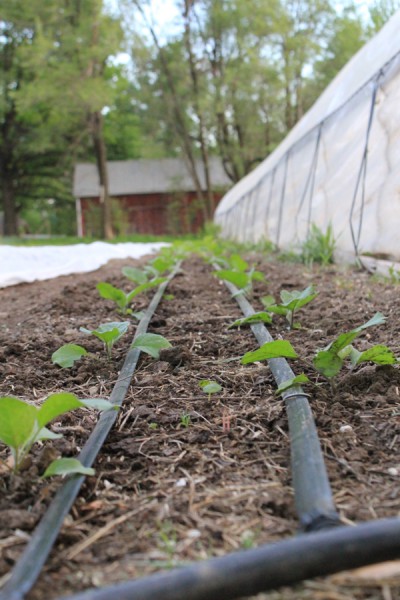 One Kansas City non-profit organization is actively working to combat these problems. The Kansas City Center for Urban Agriculture (KCCUA) is focused on promoting production and consumption of locally grown foods to Kansas City residents. KCCUA grows more than 40 different organic vegetables on two inner-city farms and holds regular events to spread the word about urban farming. Rather than promoting urban agriculture through the lens of one issue such as sustainability or economics, KCCUA takes a holistic approach to urban farming, pushing for benefits from all angles. As Katherine Kelly, executive director of KCCUA, puts it, “We drive our marketing people crazy because we don’t have a simple set of motivations for what we do, or a simple set of goals. We’re about economics, improving the city, health and the environment, so we go all over the place.” This speaks to the strengths of urban farming, as it is not about simply addressing sustainability but rather speaking to a whole host of urban issues.

The initial cost of irrigation systems in urban areas is one of the determining factors in water conservation. Kelly says, “We’re at this awkward scale where we’re too big for rain barrels and home gardening kinds of water efficiencies, but we don’t really make enough money to set up and design more thorough systems to capture water.” She went on to explain the organization’s efficiency methods by saying, “We teach people about drip irrigation and connect them with resources for drip rather than overhead. Once you know how to do it, it’s a pretty easy system to set up. It just takes a little more time and maintenance than dragging overhead sprinklers around the fields.”

Kelly concluded by saying, “…urban farming creates productive green space that improves the quality of life in a city.” Integrating agriculture into urban life is certainly one solution to the overuse of our natural water resources, but as Kelley points out, it is more than just a tool for the decentralization of agriculture. Putting cultivation into the hands of those who will utilize the produce brings vitality to the urban community. Urban agriculture may not be the end solution for our water conservation concerns, but it is certainly a step in the right direction for creating a sustainable urban model.

Sam Seeger and Luke Brummer, students in Simran Sethi’s journalism class at the University of Kansas are learning to communicate complex issues via social networking. This is part of a series of posts from a class exploring the intersection of social media and social justice and using water and design as its primary lenses of inquiry.