What’s in the Water?

The Kansas River, photographed in Lawrence, Kansas. A glance at the 2010 Water Quality Report reveals a plethora of contaminants in our local water supply. From atrazine – a type of herbicide – to arsenic, the contents of the report are surprising but not unique. We are residents of Lawrence, Kansas, and our water comes […]

A glance at the 2010 Water Quality Report reveals a plethora of contaminants in our local water supply. From atrazine – a type of herbicide – to arsenic, the contents of the report are surprising but not unique. We are residents of Lawrence, Kansas, and our water comes from the Kansas River, commonly known as the Kaw. The Kaw is the world’s longest prairie river, according to Friends of the Kaw, a grassroots organization that works to protect and preserve the river. The fact that the Kansas River supplies water for 600,000 Kansas residents emphasizes the idea that everyone is downstream from somewhere. But we are not unique: a quick look at your municipality’s water report will likely reveal much of the same information. 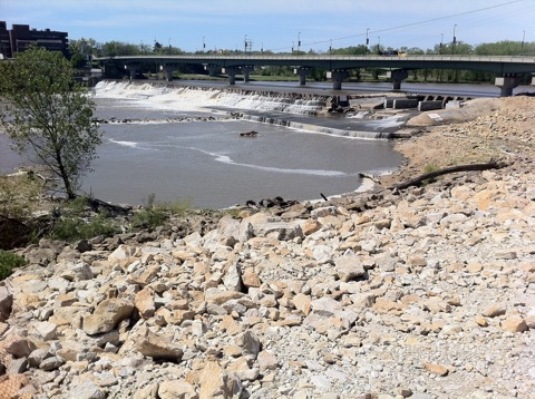 Click here for a map of the Kansas River, the Clinton Reservoir, and all the river’s wastewater treatment plants.

Despite the intentional separation of effluent and drinking water on the river, Klamm says when given the choice between river water or effluent water, all of the tour guides at the wastewater treatment plant would choose effluent. “That doesn’t mean it’s safe to drink,” Klamm says. This preference for effluent over river water comes from the even scarier list of contaminants in our source water. 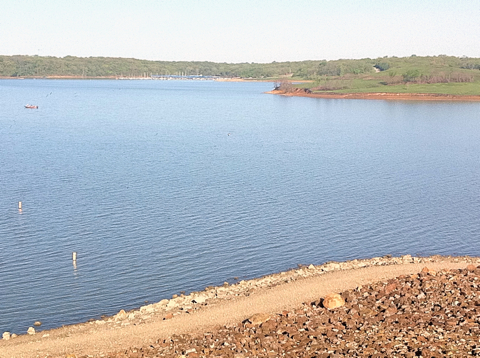 The Clinton Reservoir, another water source for Lawrence, Kansas.

Lawrence takes its water from surface water (the Clinton Reservoir and Kansas River). Pesticides, herbicides, and nutrients leach off of agricultural lands, or animal feed lots by way of erosion. “Our source water could have those things in it, and probably does,” Klamm says. Nutrients like phosphorous and nitrogen can have a harmful effect on the Clinton Reservoir. “For Clinton Reservoir, the main problem is eutrophication,” says Laura Caldwell, Kansas River Keeper for Friends of the Kaw. “That would be sediment and nutrient pollution.” During the summer when nutrient levels are high, and the weather is sunny and calm, algae can grow and bloom. The algae causes taste and odor problems in the drinking water, and is expensive to remove. “Occasionally those algae blooms can go toxic,” explains Caldwell. While this is just lake water, it sometimes inhibits the Clinton Reservoir Water Treatment Plant from using the lake as source water. This can happen every summer. 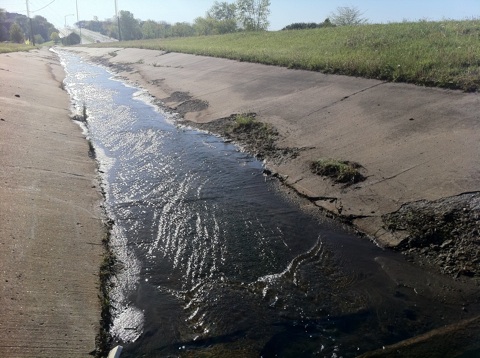 So, what do we do to protect are water? “We are all users of water, air and the land,” Karl Mueldener, KDHE Bureau of Water director, says. “It’s not like you can go out and find one big villain. It’s a little bit here and there.” We can watch and maintain the chemicals we put on the ground, and into our gutters. Even typical lawn pesticides can leach out or run off into the ground water. These chemicals reach the storm sewer, then end up in the Kansas River. Lawrence’s three treatment plants – Kaw River Water Treatment Plant, the Clinton Reservoir Treatment Plant, and the City of Lawrence Wastewater Treatment Plant – are able to take those chemicals out of our water. “But we are all responsible for the pollutants that get into our air and water,” Mueldener says. 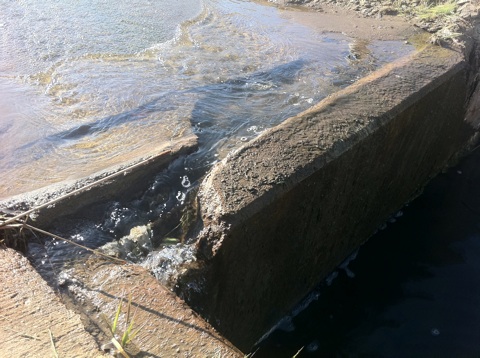 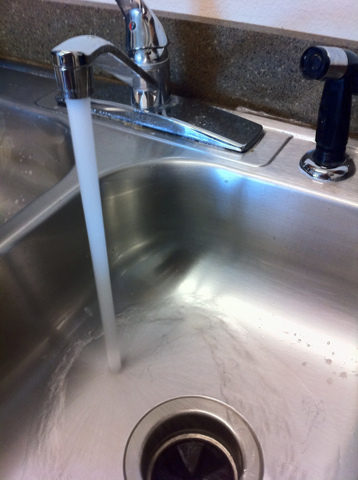 Non-point sources are not controlled. “Non-point sources would be after rains,” says Caldwell. That can be storm water. That can be oil and gas, lawn fertilizers or pet waste. “We have lots of fertilizer used in the state [Kansas], because we have lots of land,” explains Mueldener. Non-point sources can include agricultural storm water (water that has gone over farmers’ fields), such as animal waste from CAFOs, or Contained Animal Feed Operations. “Lawrence is very good about treating the water,” Caldwell says. “Those are some of the things that they need deal with.” Mueldener estimates that 80 percent of nutrients are non-point sources, while 20 percent are point sources exported across Kansas. “I’m referring to nitrogen and phosphorous, but technically there are all sorts of nutrients.”

Klamm says we can look at water quality from a consumer’s perspective. And, as consumers—the people who use and drink water—we can educate ourselves about our water. “It all goes back to being our own enemy,” Mueldener says. “There is an old cartoon [that says] we have met the enemy, and he is us.” It is important to know what’s in our water, how it gets there, and what we can do to keep our water clean.

Becca Harsch and Stephanie Stone, students in Simran Sethi’s journalism class at the University of Kansas are learning to communicate complex issues via social networking. This is part of a series of posts from a class exploring the intersection of social media and social justice and using water and design as its primary lenses of inquiry.