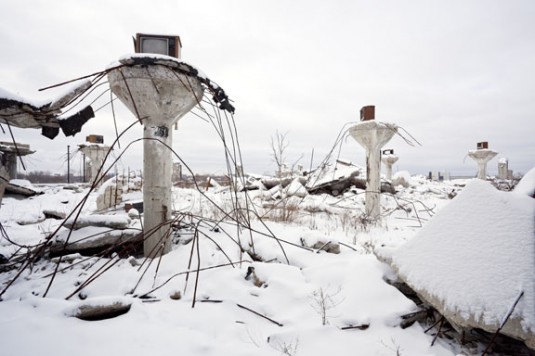 “Hephaestus and the Garden of the gods, Snow”.  2010 Photo: Scott Hocking

Julien Robson, British born Curator of Contemporary Art at the Pennsylvania Academy of Fine Art, Philadelphia (PAFA), has been all over the world — from “ Nowhere” to “here.”, through December 30, 2011.

In 2005, he curated “Nowhere,” a small show in Gratz, Austria, a country where he had previously lived for ten years, addressing public bias towards artists from regions that are not officially sanctioned. Robson’s “Nowhere” was, in fact, artistically vibrant Louisville, Kentucky. In the United States, the geographic center is “peripheralized” resulting in severely limited art market share and influence, an intellectual concern of his that evolved from “Nowhere” to “here.” Robson is sanguine, “There are multiple artworlds. You can choose the [artistic] discourse you want to engage in.”

“Wouldn’t He Remember His First Home?” “What Passed for Wisdom There?”  2011 Sue Chenoweth

In a kind of John Cage experiment and with 20, 000 square feet of exhibit space at his disposal; Robson began a three-year long exhibition development process for PAFA resulting in “here.” He called upon five curators, his own colleagues from Cincinnati, Raleigh-Durham, Detroit, and Kansas City who, in turn, were charged with recommending four artists from their individual regions. Robson brought in four artists from his new hometown of Philadelphia but did not choose or reject any of the other artists whose work had been unknown to him.

“There is no singular theme” for the twenty-four artists, says Robson, though the assumption is that an artist’s work is, inevitably, “saturated” with associations to his or her place. If you dig deeper you will, indeed, find the particularities of place for each artist. There is the strong figuration tradition in Philadelphia (Eakins, et al), the strong printmaking/graphics base of Cincinnati, and the pervasive automotive influence in Detroit, as examples. Such ties are definitely there, fascinating to contemplate and view in their creative implications. Yet an artist with access to the Internet and broad air travel may not feel the same gravitational pull towards origins. Strict categorization by medium, artist and locale begins to fall away. 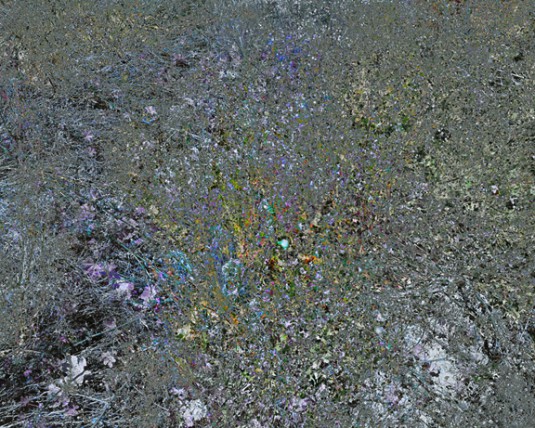 So, are there any common threads? A fly on the wall when all twenty-four artists met each other for the first time recently at PAFA might have gleaned a few. But this kaleidoscopic art exhibition at PAFA is clear evidence of a burgeoning artistic diversity that appropriates freely across disciplines including music, film, and science. The broader community is often engaged to directly address major social concerns that the rest of us find daunting. The floodgates are now wide open to these artists who are in the vanguard navigating the sea changes in technology, the environment and society we all face. 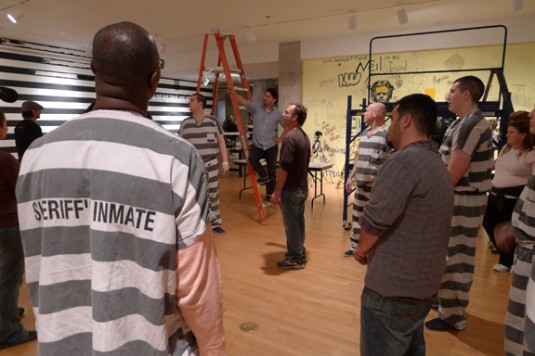 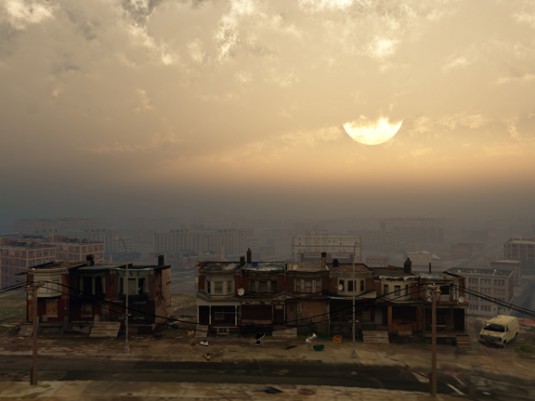 Julien Robson, as one of the six “here.” curators, discovered how particulars of place open to globally scaled questions that, in turn, revert to a realization that “art is a reflection of yourself.” Newly arrived in Philadelphia, he searched for housing in a drive-by with a realtor, including in Kensington, a harsh, forsaken area where open drug deals and police stakeouts are commonplace. Now, residing in the city, Robson sees it from the inside. Even the scenes of Philadelphia ruins depicted in this exhibit he now regards hopefully, places where artists can make art out of something or nothing at all. 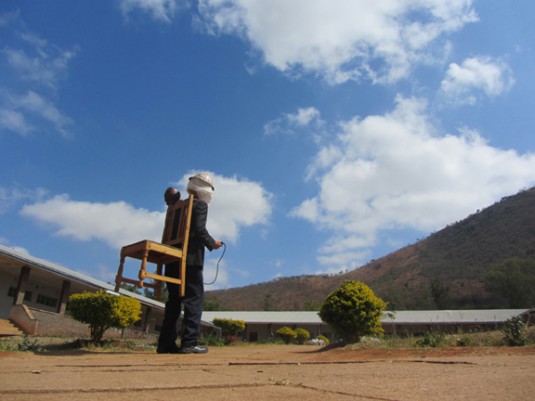 Robson points out that some of the artists “here.” totally identify with their place of origin. Some have left, committing to new, drastically different regions of the country while others believe “place” is something you can take with you wherever you go. 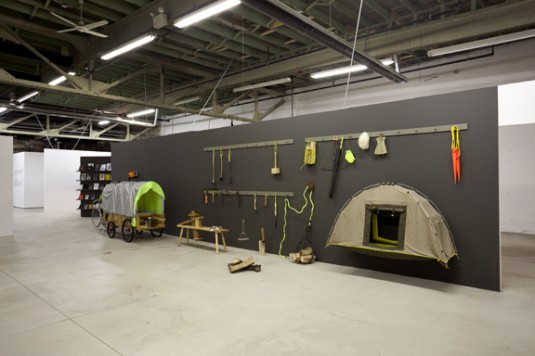 Jewish tradition values anchoring oneself in time rather than space. That would seem to befit a culture disrupted, never sure where it could land, safely, next. “here.” focuses on authentic experience in the context of our expanding, digitally nomadic universe, suggesting that there may be safe harbor — somewhere.