Frank Herfort tells the story of Russia’s architecture after Communism—a strange mix of scale and flash.

Frank Herfort traveled all over Russia for one reason: to find and document the bizarre architecture of the post-Soviet era. These massive structures, often decked out in flashy materials and questionable color schemes, have cropped up in the region’s growing cities, from Moscow to Vladivostok to Blagoveshchensk on the Chinese border.  “And everywhere in between,” says Herfort.

In Imperial Pomp (Kerber, 2013), the German photographer portrays the ostentatious architecture that came to represent Russia’s transition from Communism to Capitalism. Shot over a period of several years, Herfort drove some 24,000 km scouting for locations in city centers as far and wide as St. Petersburg and Sochi, even to metropoles like Astana, the ultra-weird capital of Kazakhstan, and Baku, Azerbaijan. As he assembles them on the page, the buildings—a collection of skyscrapers, office towers, and residential high-rises—seem to adhere to the blanket promise of capitalist and enterprising Russia. Yet, these futurist structures often shoot out of rather bleak landscapes, and Herfort’s lens captures this glaring contrast.

In his opinion, these buildings are symbolic of power, an agenda typical of architecture, historically. “Architects, it seems, are encouraged to be as bold as possible. You feel that each building wants to scream out, that ‘I’m the best, the biggest, the richest.’ It is now more a question of prestige, which didn’t play any role in the Soviet times,” says Herfort. 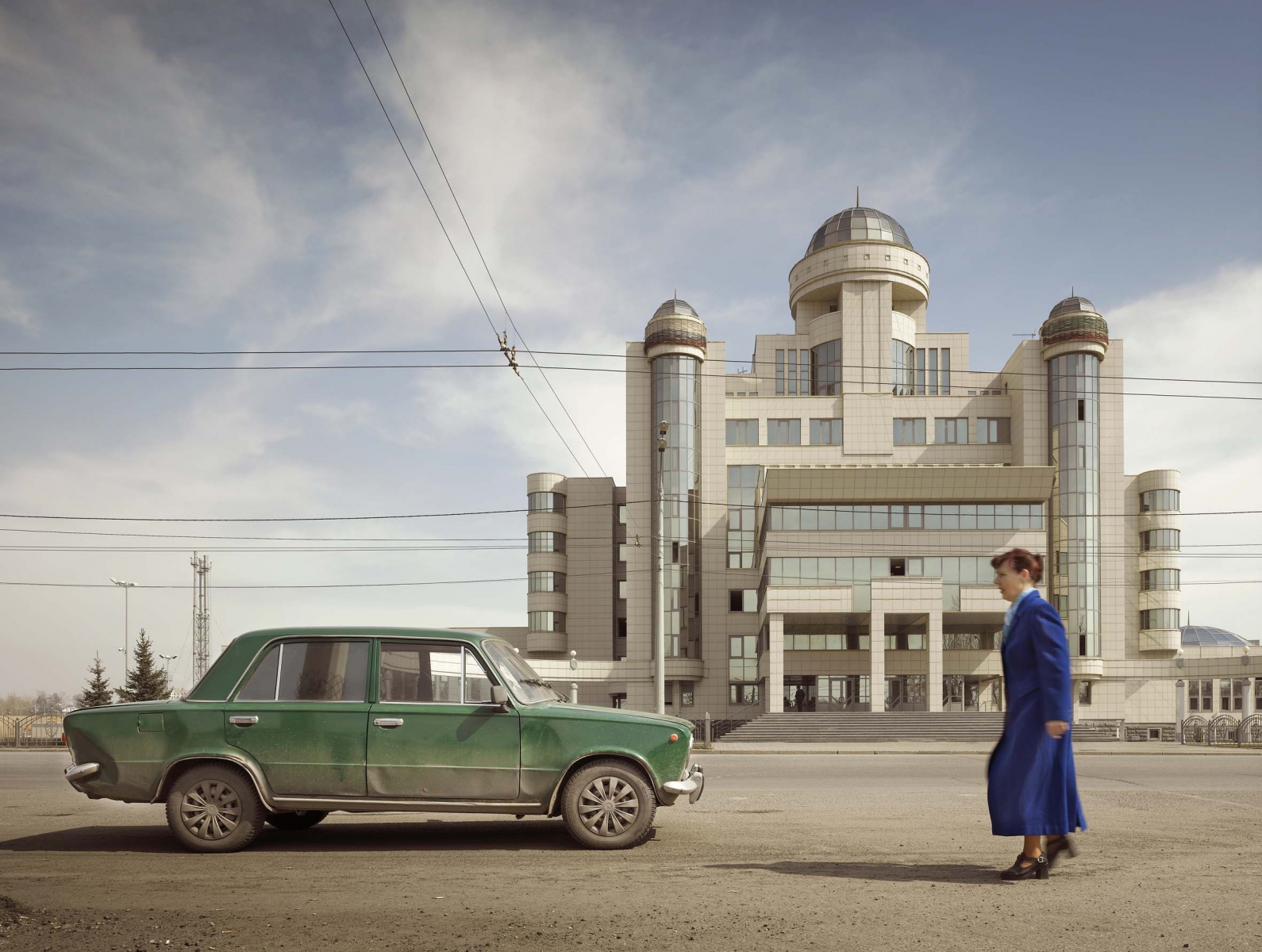 That may be so, but it’s the intended portrayal of disparity that makes Herfort’s photographs remarkable. Normal Foster’s massive tent—the Khan Shatyr, a cultural center enclosing beaches, waterfalls, a mini golf course and botanic gardens—is photographed against a foreground of a derelict brick house. The 75-storey high Mercury City Tower of Moscow, the tallest building in Europe, rises up from a vacant skyline, with only rows of low-rise typical residential buildings for company. Herfort makes a very clear attempt to highlight the alien-like quality of these structures. “I wasn’t so interested in the architecture itself, but for me these buildings are more a kind of installation and objects than architecture,” says the photographer. 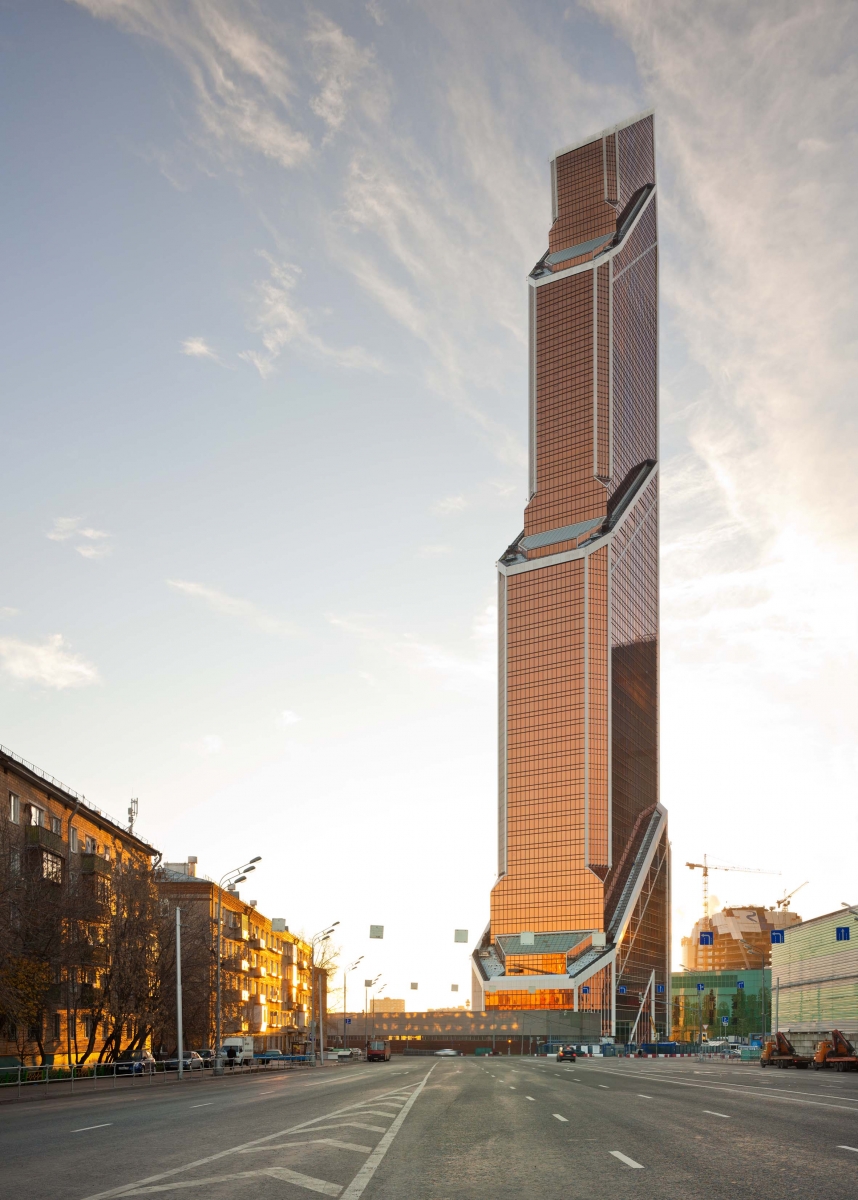 The Mercury City Tower in Moscow

Herfort first became interested in Russia’s bizarre, eclectic architecture when he moved to Moscow in 2006. “I always noticed these huge and very strange looking buildings when I drove around the city. In 2007 or 2008 I took the first images just to see how it looks on paper. Then I realized that there are so many of them and decided to make a book out of it in 2010,” he explains.

More than just the sheer scale of these buildings, Herfort was intrigued by the frenzied style of the architecture, which heaps on historical and modern motifs with abandon. “This combination of different styles and times in just one building is crazy. For example the Triumph Palace in Moscow looks like a building from the ’50s or ‘60s Stalin period, but it is opened in 2001 or so.” This very hybridity may turn off a lot of Russia’s intelligentsia, says Herfort, yet it speaks to Russian society at large and how it came to grips with its past. The former may “think that [these buildings] have nothing to do with Russia,” but “for most people, it is quite representative to live and work in such skyscrapers.”

He does, however, believe that this kind of architecture is on its way out. “The period of this type of architecture seems finished. It was short and strange and lasted from 1998 till the present day. Now the people in Russia are orientated more on Western and global architects and this special Russian mixture is over. But for me, it shows a very strong and significant time of independence. These buildings stand like heroes in the landscape. Very visible, you cannot ignore them.”

For more information on the book, visit www.imperial-pomp.com 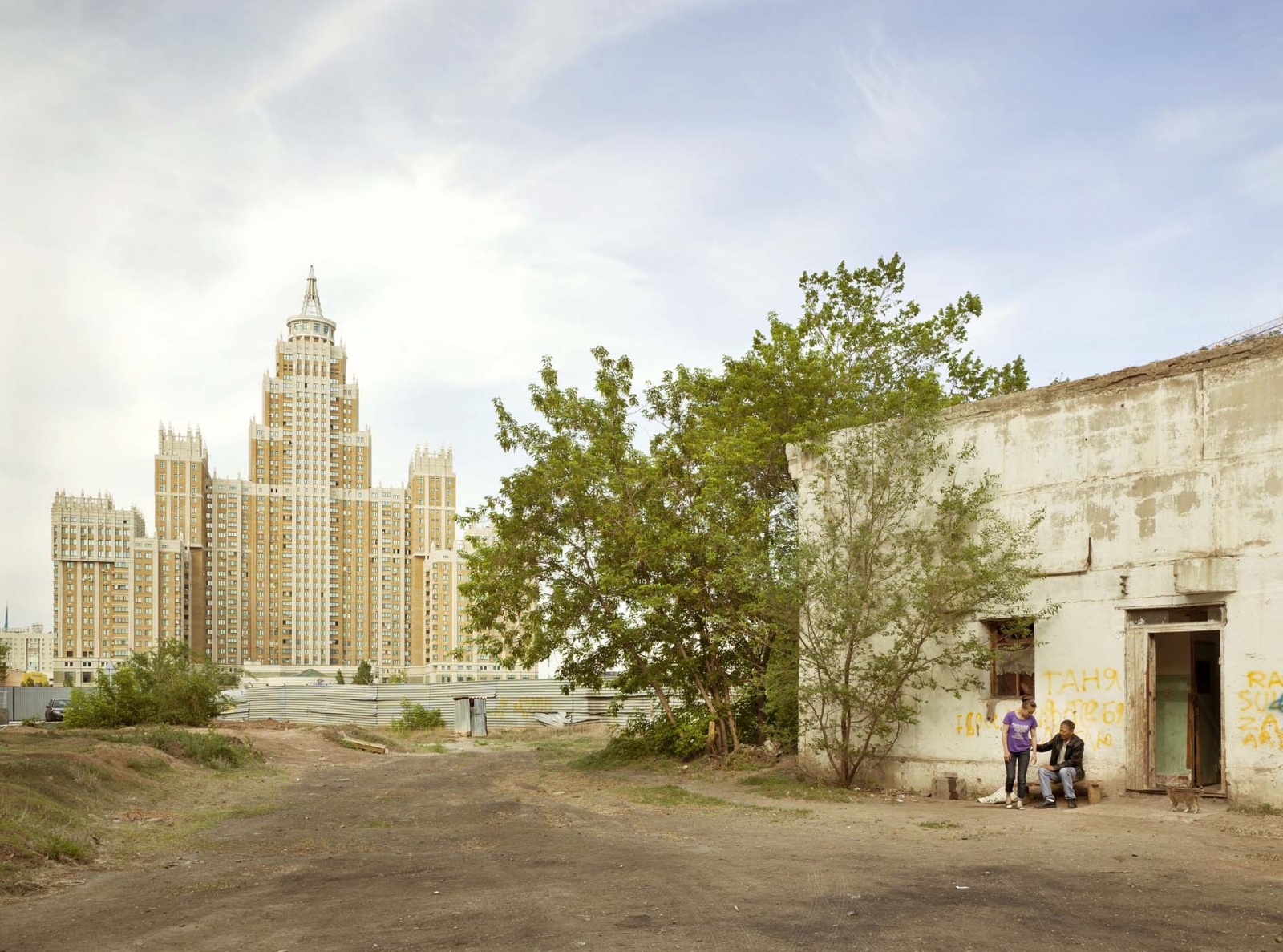 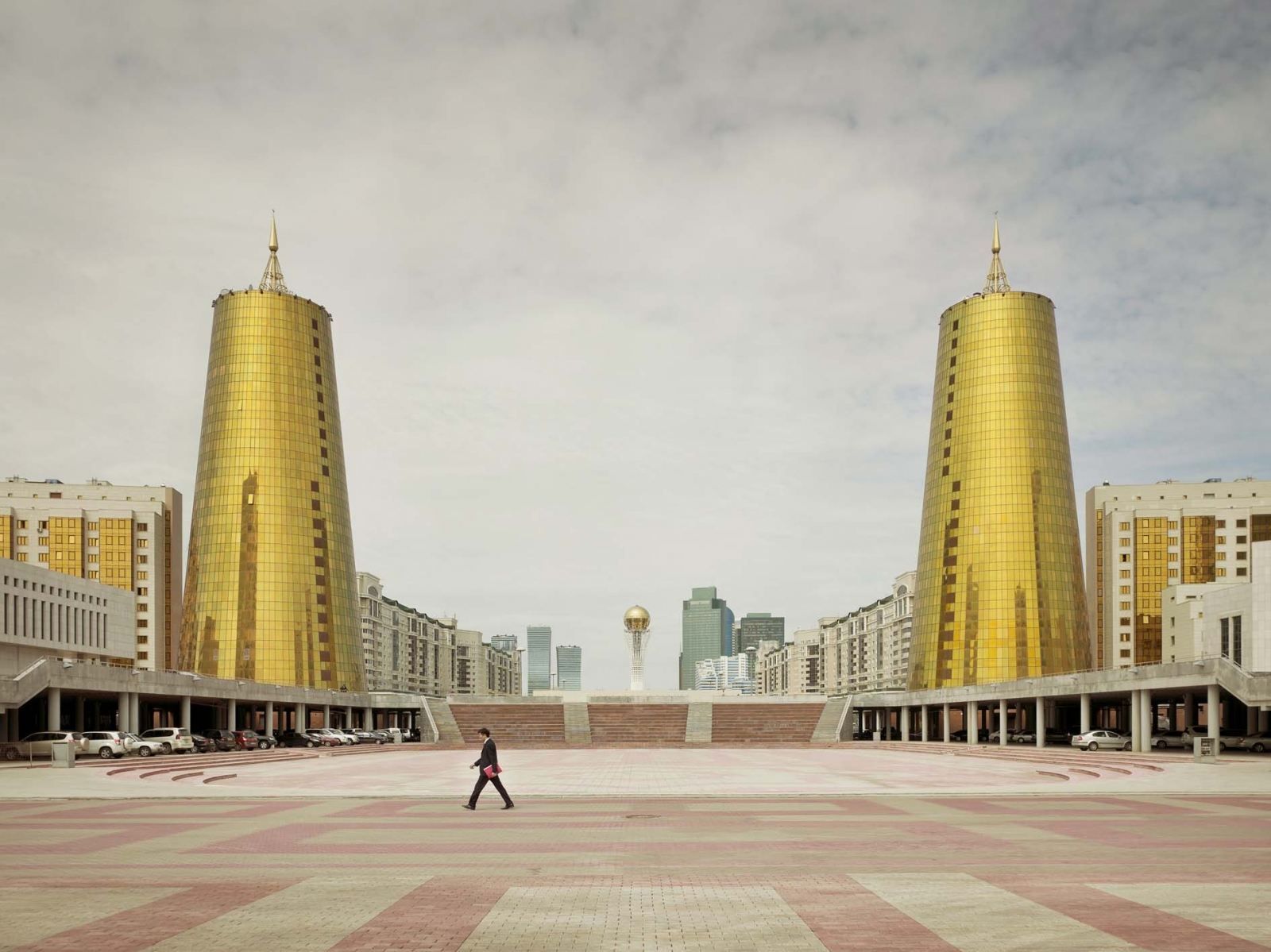 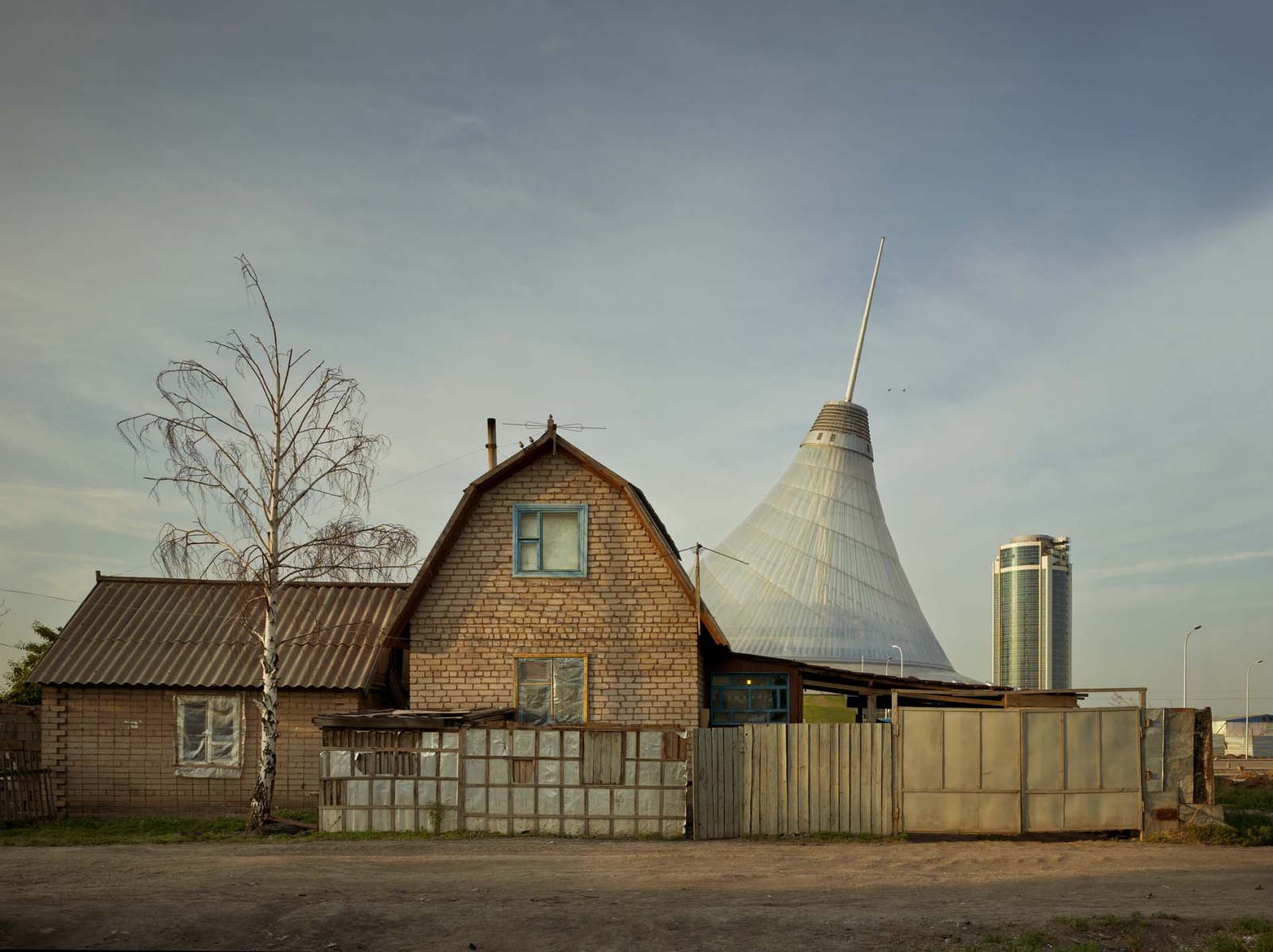 A scene from Astana. In the background, Foster+Partners’ Khan Shatyr Entertainment Centre can be glimpsed. 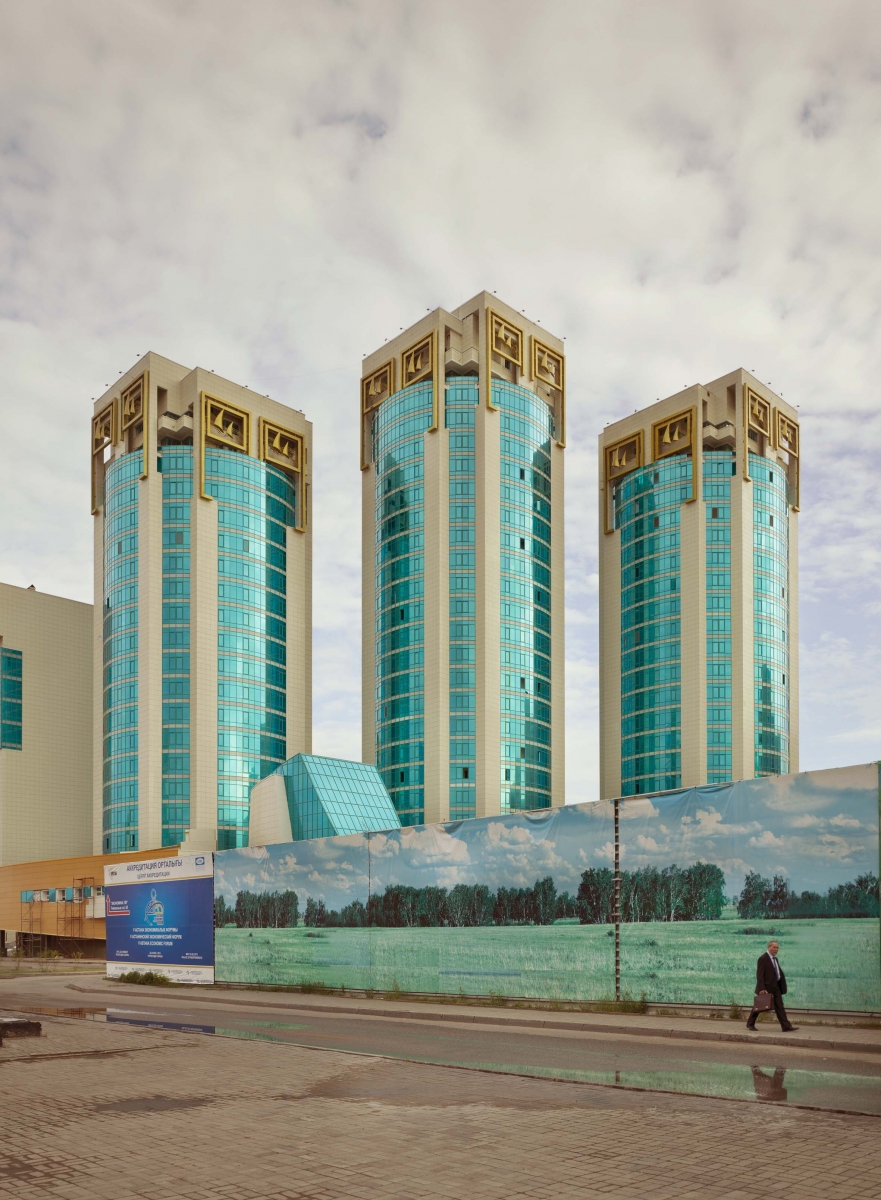 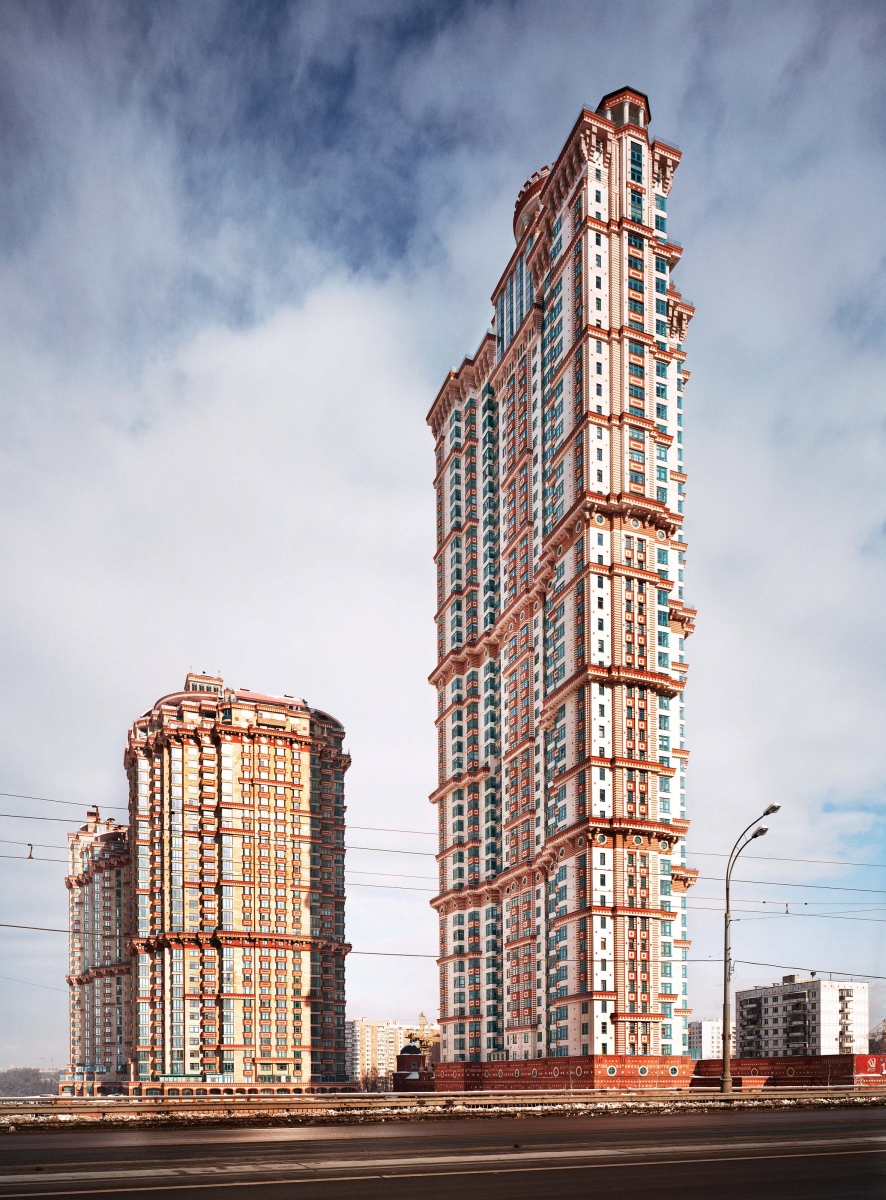 A housing complex in Moscow 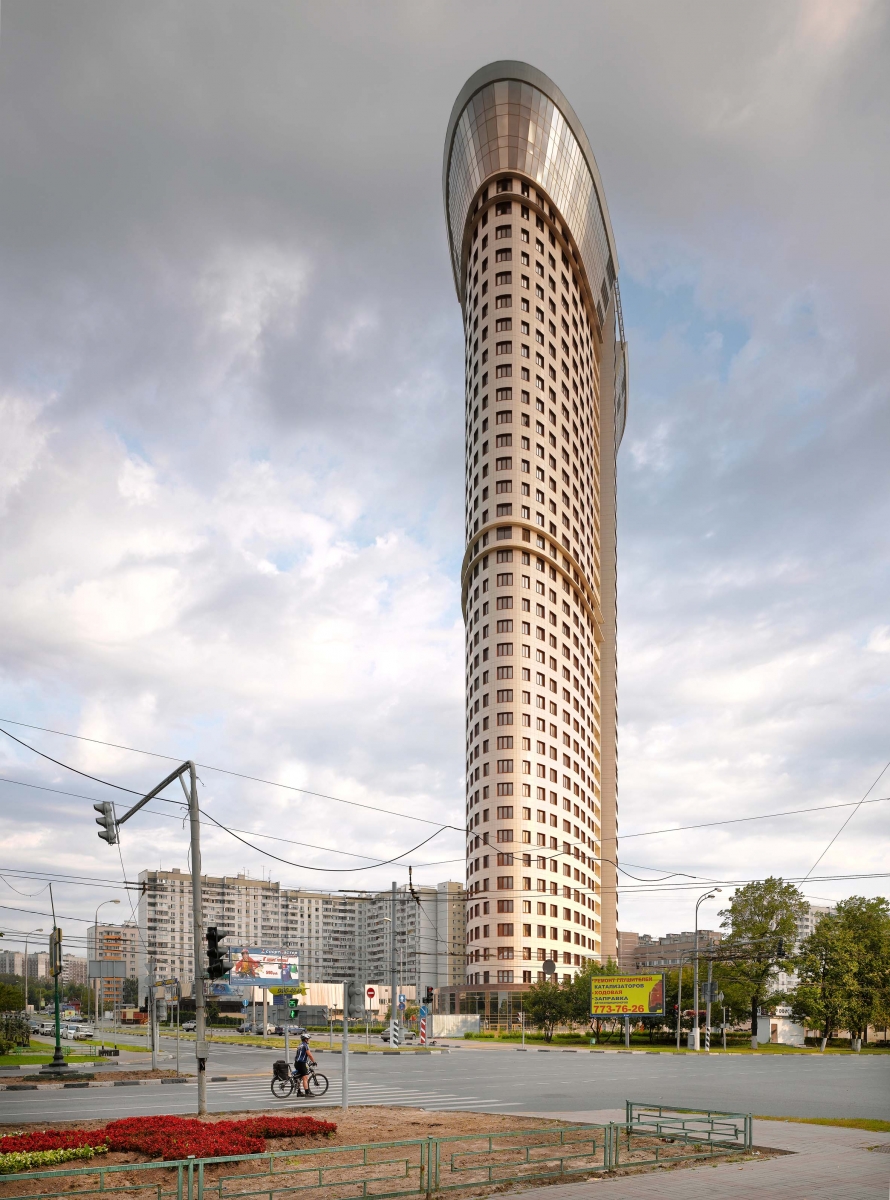 An office tower in Moscow. 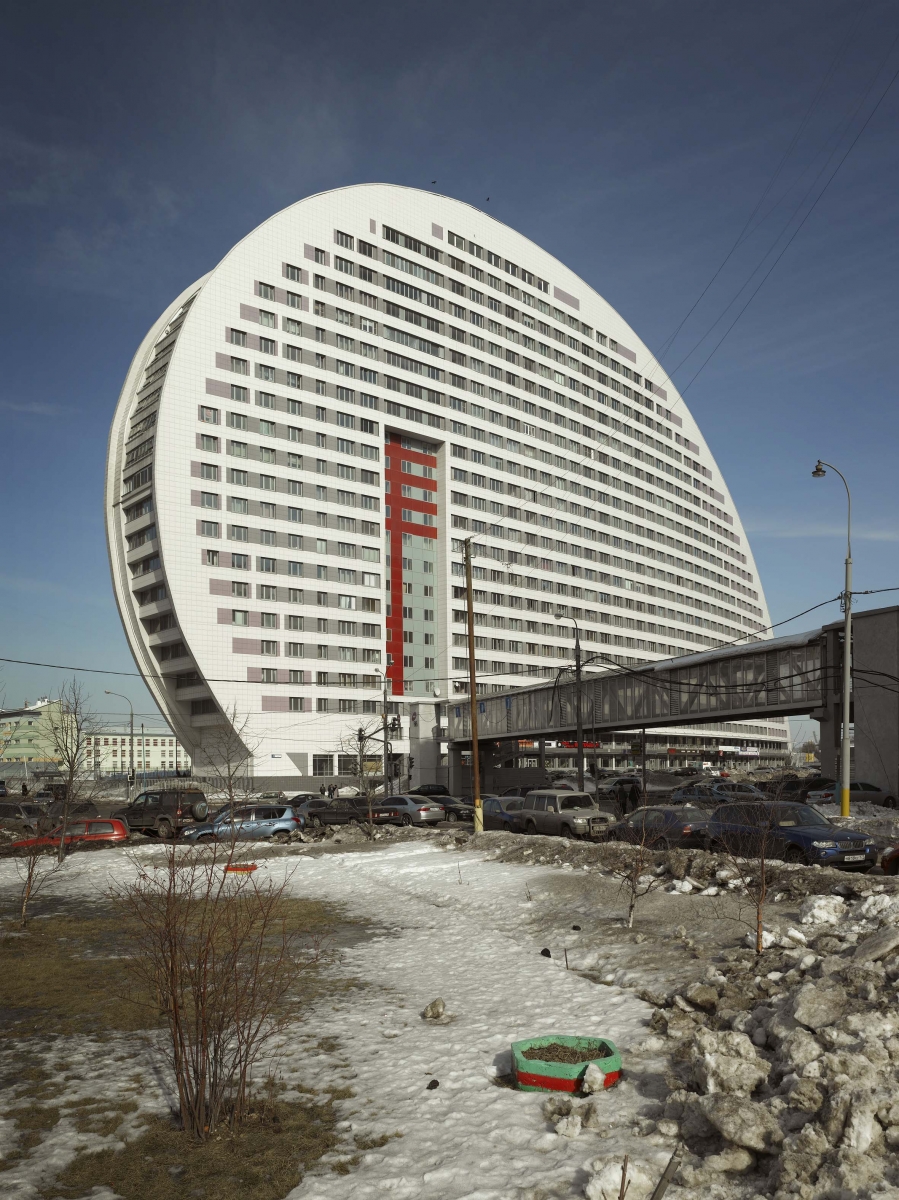 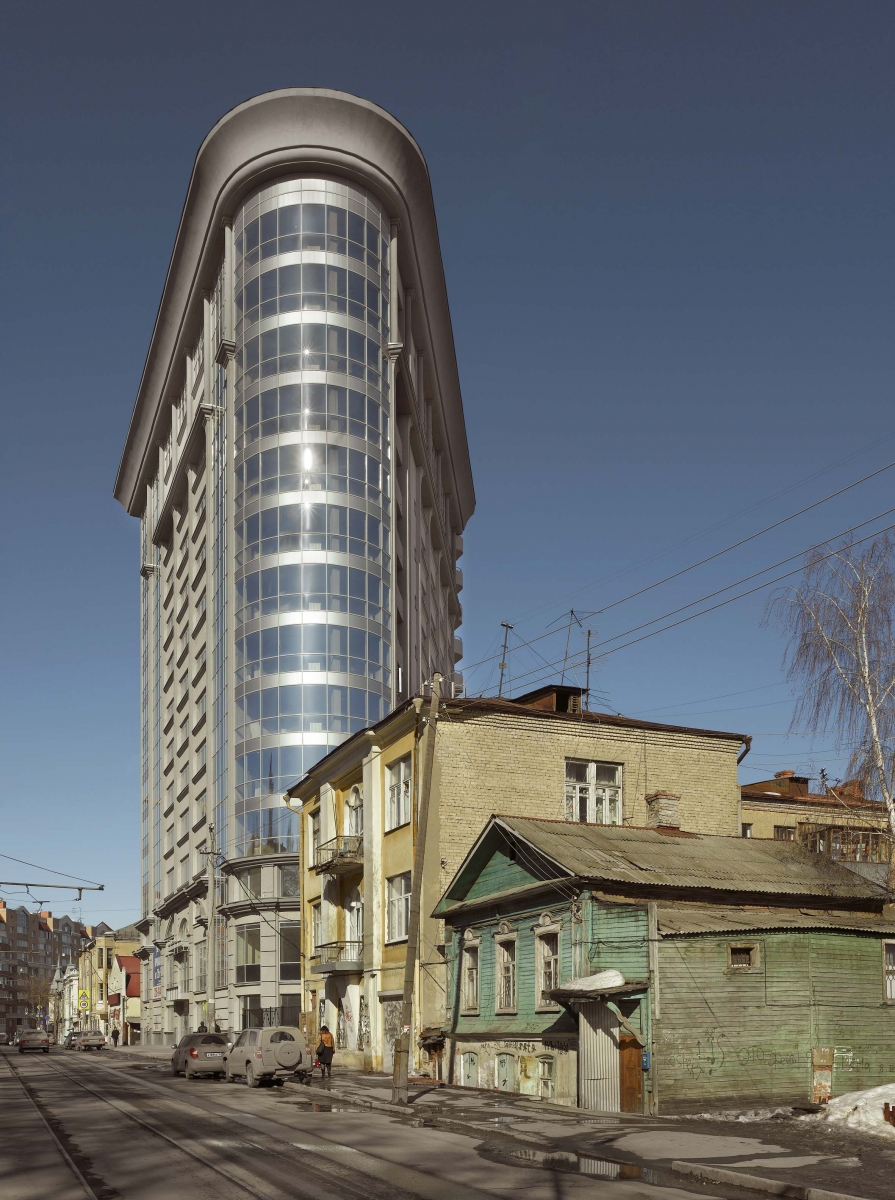 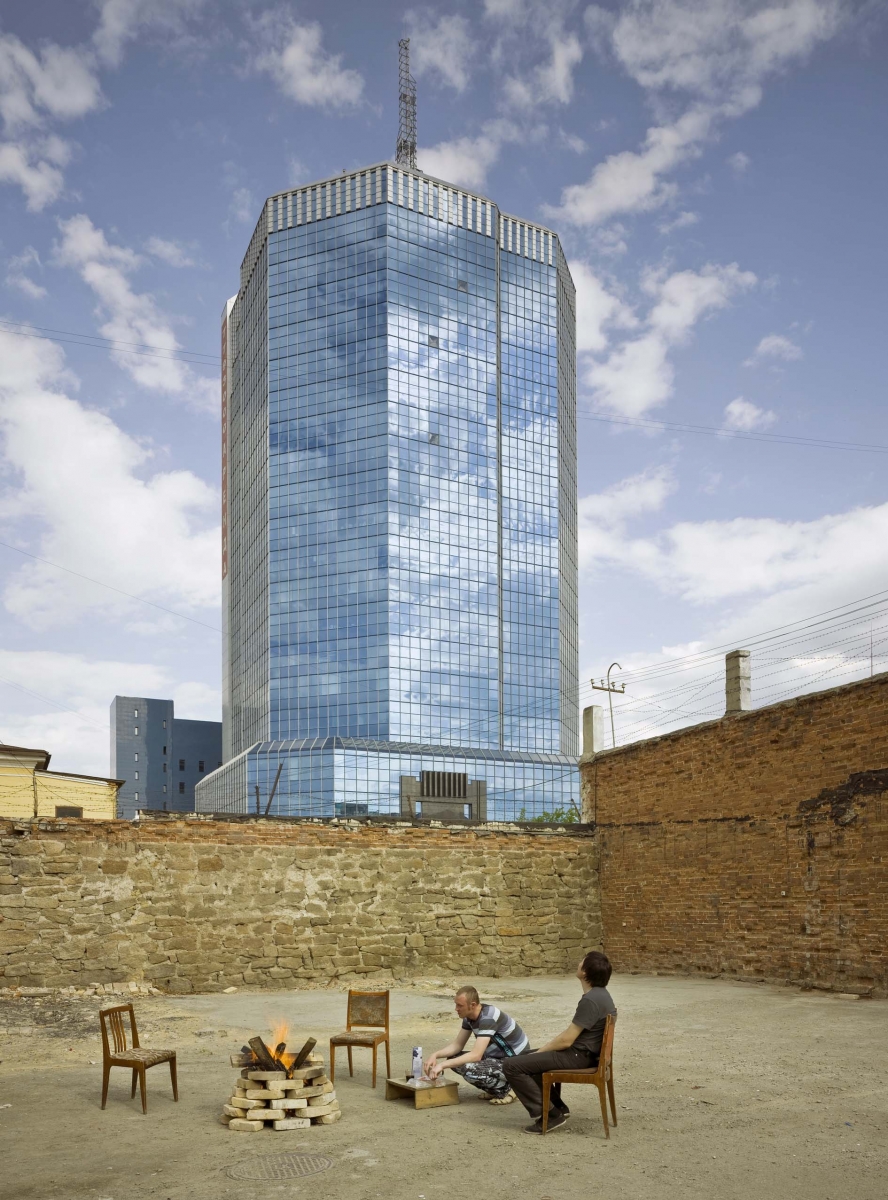