A Student-Designed Canteen That Became A Community Landmark

When the Chonnabot School canteen, a perennial victim of flooding and termites, was retired, third-year architecture students were given the task of replacing it.

Nestled among the thick trees of the tropical savannas in Thailand’s Khon Kaen province, the town of Chonnabot survives the sweltering heat and relentless rains of the monsoon season each year—but not unscathed. Last year, the local Chonnabot Community School’s canteen, a perennial victim of severe flooding and termite infestation, was finally retired. It was to be replaced by a brand new structure designed by third-year architecture students from the International Program in Design and Architecture (INDA) at Chulalongkorn University in Bangkok.

Under instruction from adjunct professors Peter Strzebniok and Pan Sonbumtham, 16 budding architects were challenged to design a new canteen that would seat 260 students and fit kitchen and dishwashing stations. “At first my expectations for the project were very minimal,” says INDA student Mary Losmithgul, “I wanted kids at the school to have a better canteen. … We wanted to build something [they] could use.”

The new building would have to be tailored to local conditions, namely the tempestuous weather of the region. “At first, there were concerns about how the canteen would respond to the Isaan [northeastern] climate,” explains Dr. Urawain Puchada, the school’s principal, “We were worried that it would not hold up to the hot humid conditions.”

Limited by unfamiliarity with the region, INDA students acquainted themselves with local architecture, ultimately producing a variation on a traditional lunch pavilion. In its final iteration, the canteen is effectively a large roof supported by a network of beams and elevated by a platform. The idea here was to maximize airflow to cool the space, while the roof would serve as insulation, a tactic adapted from the design of traditional Thai houses. Stilts and slanted roofs maximize ventilation and minimize heat gain. So, suggests Professor Peter Strzebiok, “it marries necessity with a novel aesthetic that instills a sense of ownership and pride in its users.”

Its roof of recycled tetra pack sheets covers an elongated, open pavilion. The construction materials for the roof, Dr. Uruwain says, are not only easy to maintain but stand out as a key feature of the new facility, though all elements of the design have proven to be equally important to its users: “the unique form and the incorporation of the milk carton boards offers important lessons in how we can [successfully recycle, reuse, and conserve] the environment.”

Originally located some distance from the school itself, the former canteen served a single function. But by moving the building to a new site closer to the school, and nearby a local park, the new flexible, multi-use space serves as a new hub within Chonnabot. Though its primary function is as a dining facility for school children, it has also become something of an informal playground, as well as a spectator space for the local soccer team, making it a central part of this small community.

“It is a very satisfying feeling to see kids happily enjoy and actually use something you helped to create,” says Losmithgul. “Few words can describe the kind of pride I felt when kids would run up to us, grinning, and ask us which parts we designed.”

But the town’s joy over this new landmark addition to the school has to do with more than the utility of the structure: its natural flexibility has made it such a shining success. Doing a lot with a little, the young designers produced a straightforward building tailored to both the specific needs of the school and the circumstances of the community at large. 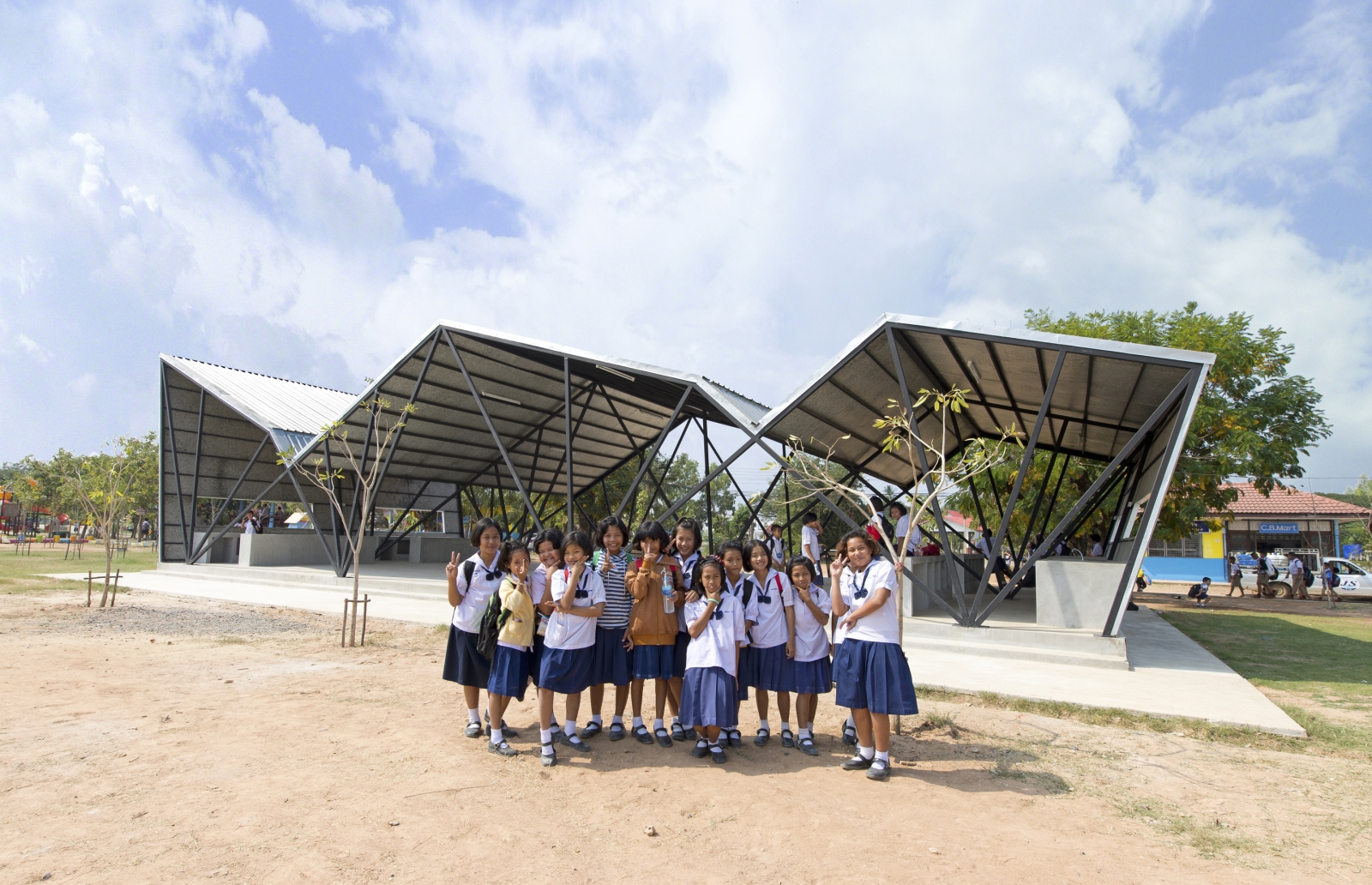 The project was designed by third-year architecture students from the International Program in Design and Architecture (INDA) at Chulalongkorn University in Bangkok. 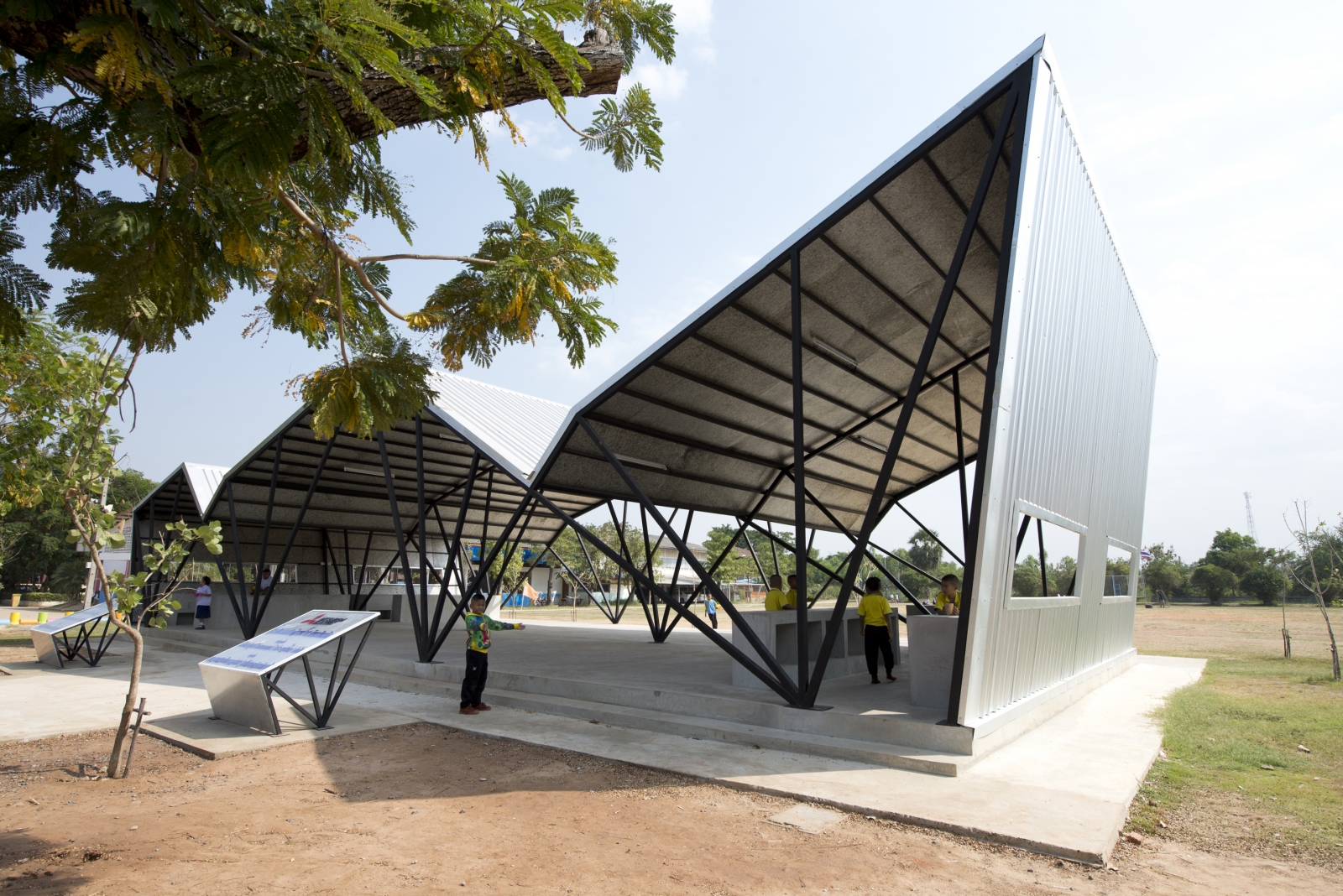 The structure maximizes airflow to cool the space. 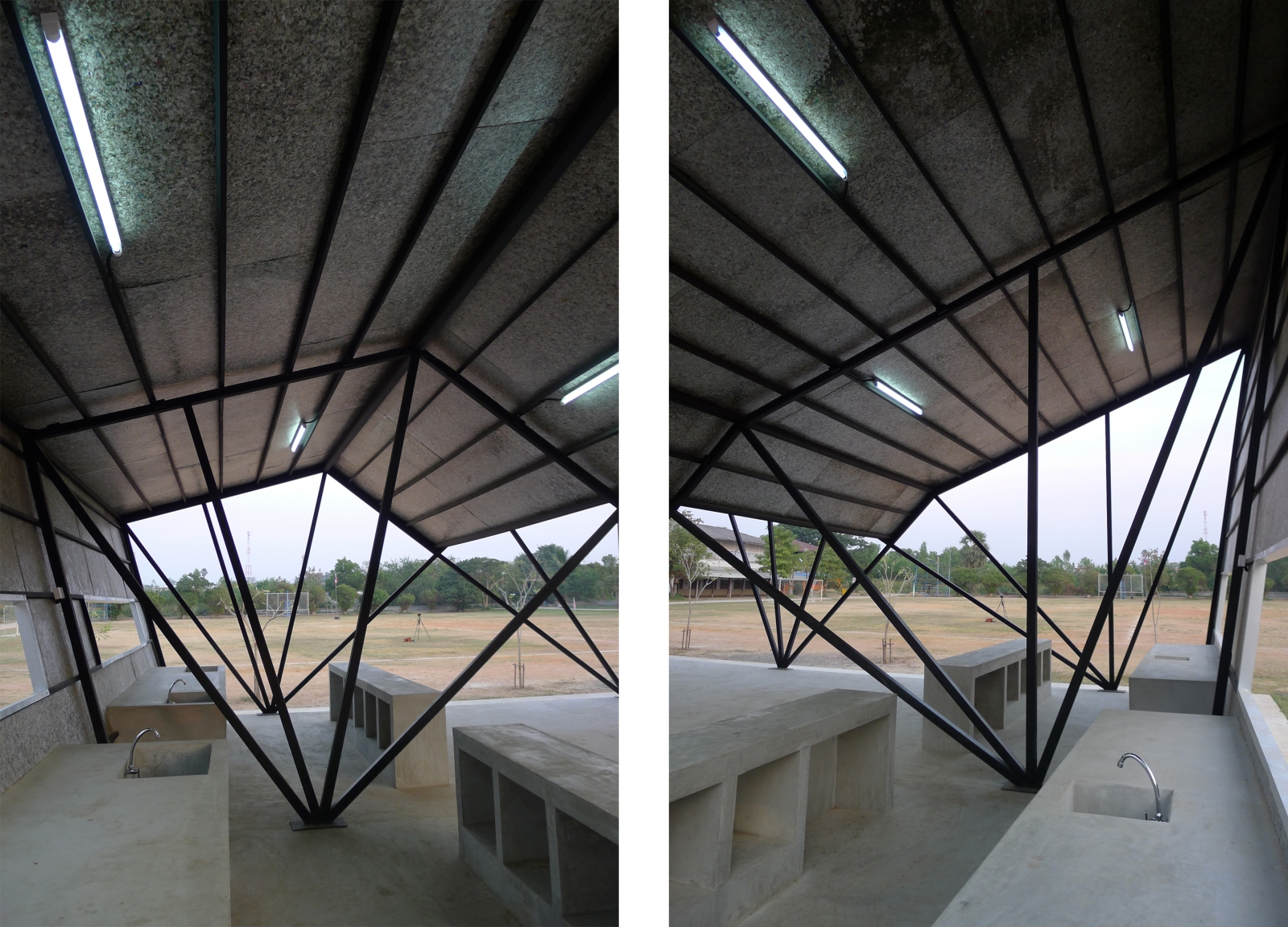 The new canteen seats 260 students and accommodates kitchen and dishwashing stations. Sited adjacent to playing fields, the pavilion has since become a major focal point for the community. 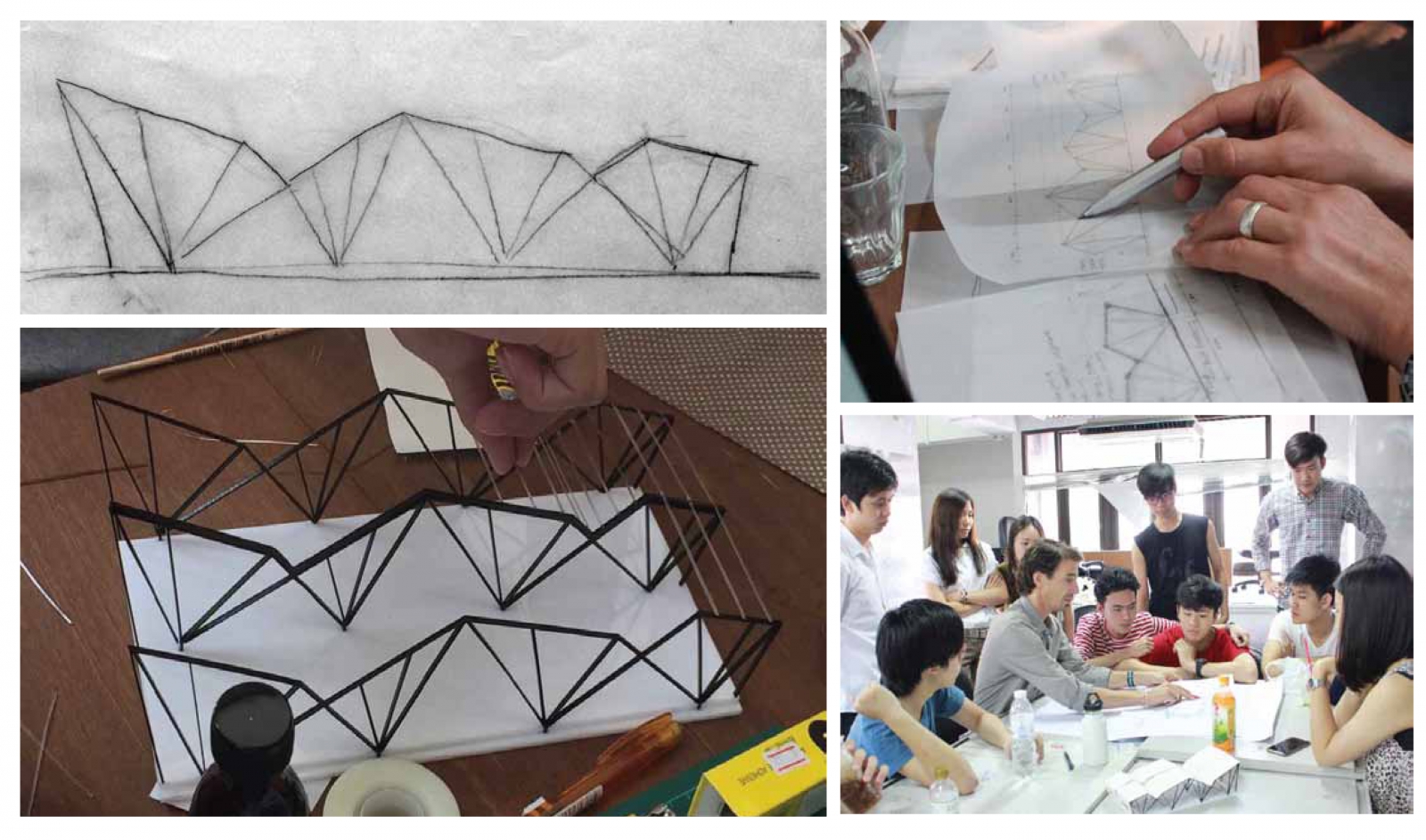