In her book Almost Home: The Public Landscapes of Gertrude Jekyll (University of Virginia Press, 176 pages, $49.50), Kristine F. Miller offers a new reading of the work of the famed landscape designer, prolific writer, and key proponent of the Arts and Crafts movement.

Until now, most research on Jekyll has dealt with her work for private residences, focusing on her extensive use of color and how this approach connects to Jekyll as a painter. Miller, on the other hand, focuses on Jekyll’s work in public spaces, which is as diverse and layered as her more intimate projects. Providing engaging information on Jekyll’s career, Almost Home also gives a new insight into the preoccupations of a specific historic era. 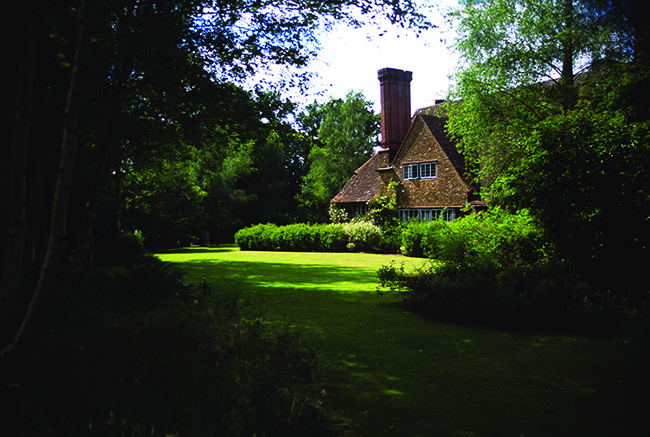 photographs by Marc Treib, reprinted by permission of the University of Virginia Press from ALMOST HOME: The Public Landscapes  of Gertrude Jekyll

As the 19th century turned in the 20th, a movement to preserve the local and the traditional was seen as a reaction against the rise of industrialization, mass production, and the corresponding loss of human scale and sensibilities. Jekyll’s work embodied the concerns of her time. She responded to what she thought was the “debasement of public taste” brought on by modern production and she imbued landscapes with what she believed to be therapeutic properties. This is most evident in her work for the King Edward VII Sanatorium, a hospital embedded in 19th century traditions that focused on the healing qualities of nature, not on what hospitals would later become—bastions of efficiency and science.

Miller offers an in-depth analysis of Jekyll’s work, following her process of designing through all its phases, all the while looking at how these environments were experienced by those who passed through them. The book’s striking images, from Jekyll’s original drawings and her photographs of her own work, as well as contemporary images help chart the changes these environments have gone through. 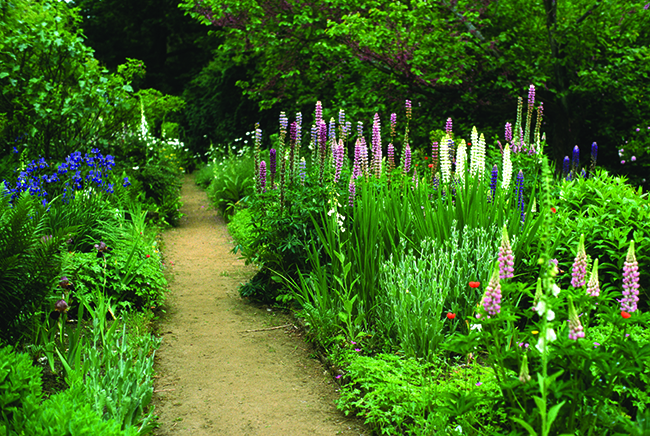 photographs by Marc Treib, reprinted by permission of the University of Virginia Press from ALMOST HOME: The Public Landscapes of Gertrude Jekyll

The contrast between the past and present provides a look into the inherent fragility of landscape design, while contemporary developments of restoring and recreating Jekyll’s gardens reveal a newly energized interest in her work and in the idea of retreating into nature. In its rich materials and evocative writing Miller’s Almost Home proves successful in conjuring a lasting testament to ephemeral environments.