New York City is hosting a month-long celebration of architecture and design with its second annual Archtober festival. Scores of events are being held throughout the five boroughs to honor the city’s built history. The program—hosted by AIA New York, the Center for Architecture, and dozens of institutions—includes rare site tours, exhibitions, lectures, film screenings, […]

New York City is hosting a month-long celebration of architecture and design with its second annual Archtober festival. Scores of events are being held throughout the five boroughs to honor the city’s built history. The program—hosted by AIA New York, the Center for Architecture, and dozens of institutions—includes rare site tours, exhibitions, lectures, film screenings, walking tours, and even an architectural boat tour; a complete guide can be downloaded from the Archtober website. Select highlights include:

This past weekend the Center for Architecture hosted, Walking Tour of the 9/11 Memorial and World Trade Center Site: Urban Planning and the History of the New and Original WTC, led by Doug Fox. The tour began at the southeast corner of Liberty Street and Trinity Place. The tour is held every month and will also take place on November 3 and December 1. More information is available here. 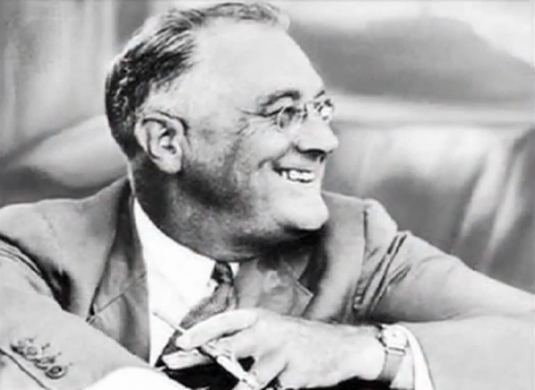 On the 19th there will be a special public preview of the soon-to-open FDR Four Freedoms Park on the southernmost tip of Roosevelt Island. Thirty-eight years since the announcement of the park and appointment of Louis Kahn as architect in 1973, the park will finally open as “a beacon to America’s purpose and commitment to Freedom,” overlooking the United Nations to the west. A film documenting the importance of FDR’s legacy and the significance of the park, narrated by Orson Welles, can be viewed here.

Friends of the High Line is offering several special tours, including a Meat Tour, with an insider’s look at the local meat industry by author of Eat the City, on the 10th. On the 19th, it presents From Cowboy to Culture: A History of the Highline, a look back at the streets surrounding the historic rail structure from the 1800s to the present. Tickets can be purchased on the FHL website. 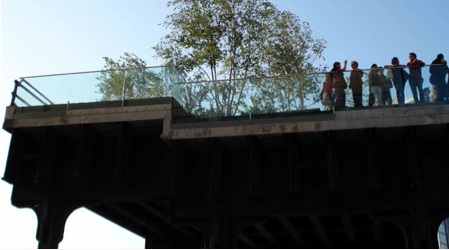 On the 24th, the New York Transit Museum presents the exclusive hard-hat tour, Inside the Corbin Building: The MTA Restores a Treasure. The once regal office building, located at 192 Broadway, was built in 1888 and was a truly spectacular feat of ingenuity. The interior features a Guastavino vaulted tiled ceiling, and as part of its preservation the building will become a new entryway for the Fulton Street subway hub below it.

Lastly, as part of Archtober’s Building of the Day Tours, on Halloween, a presentation at the Poe Park Visitor Center, designed by Toshiko Mori Architects, will be held. The center frames a view of the infamous Poe Cottage, where Edgar Allen Poe wrote “The Bells,” “Eureka,” and “Annabell Lee.” Poe Park is located on Grand Concourse and East Kingsbridge Road in the Bronx.

Laurie Manfra is a freelance architecture and design writer and publisher of the e-book imprint, Point Literary.