Nearly a decade in the making, the National Center for Civil and Human Rights opens its doors.

The United States was founded on the principle that all men are created equal and should be treated thusly—an honorable declaration marred by the chronic failure to actually do so. But educating about this injustice has been a matter of broad historical narrative, the dry stuff of textbooks and History Channel shows. How to convey the turbulent activism of the Civil Rights Movement through personal experience?

The 42,000 square-foot National Center for Civil and Human Rights, designed by Phil Freelon in collaboration with HOK, takes that challenge full on. Located in downtown Atlanta, the museum’s mission is to “empower people to take the protection of every human’s rights personally.” But where most museums would leave the heavy lifting up to the exhibits, even the center’s architecture is intended to promote its mission.

“We looked at the seminal events and the public places where individuals and groups gathered—places belonging to everyday people,” explains Freelon. “In these public squares, plazas and parks, citizens from all walks of life came together to show a sense of unity and purpose.” One need only think of Independence Square, Taksim Square, and the National Mall to understand what he means: Public space is a powerful unifying tool. 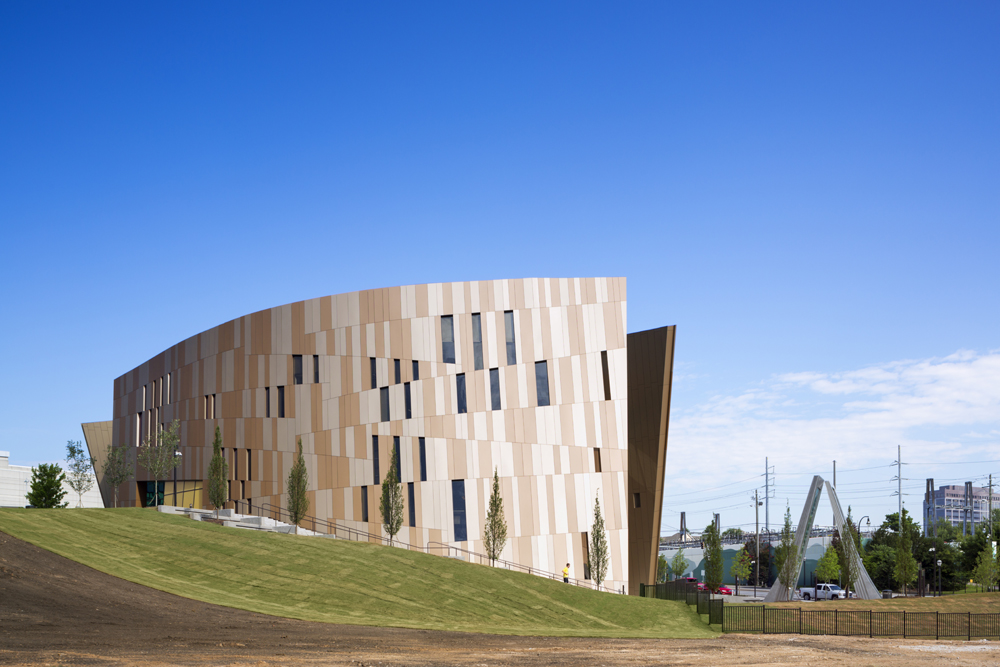 With that in mind, the museum is packed with interior and exterior gathering spaces meant to facilitate the congregation and flow of visitors (a projected 400,000 annually) through the sloping site. The all-glass entry facade is framed by two curved walls which hug the entire building, guiding the visitor through the site both inside and out. From a bird’s eye view the structure seems a simple elongated curve, but the multileveled interior spaces promise a dynamic experience. 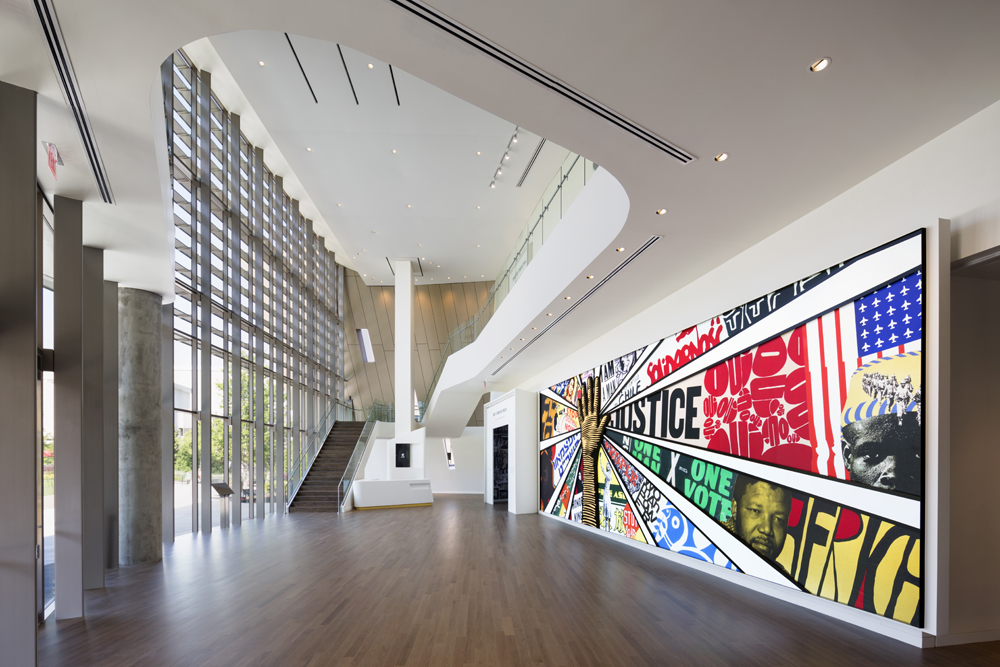 This is naturally carried over to the exhibits, some of which challenge to visitors to experience civil rights failures firsthand. In one, visitors “reenact” the lunch counter protests, sitting an a replica of said counter and wearing headphones that emit a cacophonous soundtrack of slurs and epithets. The stool even vibrates as though to throw the visitor off. It may be 2014, but it feels like 1960, or that’s the idea, anyway. Another “segregates” two sides of a hallway in an effort to show, if an incredibly abbreviated manner, what street life was like in Jim Crow America. (The later exhibits extend beyond the Civil Rights Movement to encompass human rights struggles around the world, even if the results seem only cursory.)

The National Center is expected to become a major tourist destination, and is located not far from the birthplace of Rev. Martin Luther King Jr., a figure whose life’s work is major feature of the museum. Closer still are Atlanta’s Olympic Park, the Georgia Aquarium, and the World of Coca-Cola. The proximity of the somber museum to these commercial hotspots makes for an odd, perhaps even uncomfortable urban pairing. Is history really this easy to come by?