A/D/O in Greenpoint is a workspace, startup accelerator, lecture hall, and public space rolled into one—and it kicks off its Design Academy today. 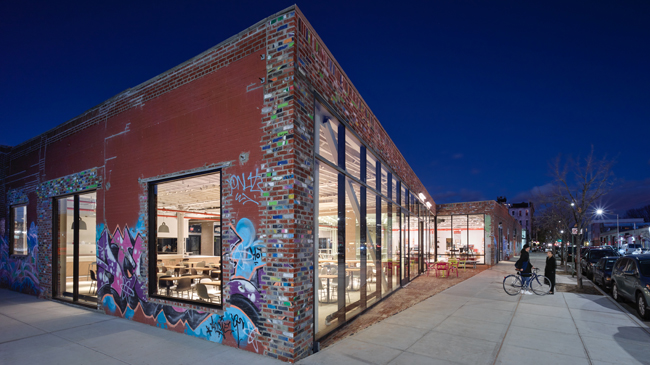 How do you design a space for design? When design is, at best, an elusive entity and, at worst, a moving target? You create, in the words of nARCHITECTS principal Eric Bunge, an “almost building”—a building that can evolve and be appropriated for a variety of uses. “We think of not just users but ‘misusers,’ ” Bunge says, smiling. “We love that idea.”

And so A/D/O, a new collaborative workspace–cum–start-up accelerator–cum–lecture hall–cum–public space opened by the car company Mini in Greenpoint, Brooklyn, has an intentionally unfinished aspect. Meant to cater to midcareer design professionals searching for collaboration and inspiration (a full membership, with workspace, costs $600 a month), the 23,000-square-foot former warehouse boasts plenty of open space and reconfigurable furniture. Ceilings and walls are often left exposed. And the brick facade is, by design, nondescript, although subtly different from its neighbors: The original bricks have been preserved so that the graffiti that once lined them remains in an abstract reconstituted form.

As Bunge says, the last thing nARCHITECTS wanted was to create “a brand-new slick building that would land like a UFO in Greenpoint,” accelerating gentrification and displacement.

A/D/O’s programming echoes the sentiment. Although the warehouse is now hosting the Design Academy—comprising architectural installations, forums for dialogue, and events featuring world-class design experts (Yves Béhar will be a speaker at the inaugural design festival, themed Utopia vs. Dystopia)—it will also provide workshops and kid-friendly events that will serve the local community.

Inside, the “periscope,” the building’s most remarkable feature, resembles a large skylight. Look up, however, and you will see not sky, but a kaleidoscope of vistas achieved via cleverly positioned mirrors: the Brooklyn skyline, the Manhattan skyline, a rooftop mural, and glimpses of floors and walls. The periscope is a symbol of how this subtle space is designed to contain diverse realities—and the magic that happens when you put them side by side. 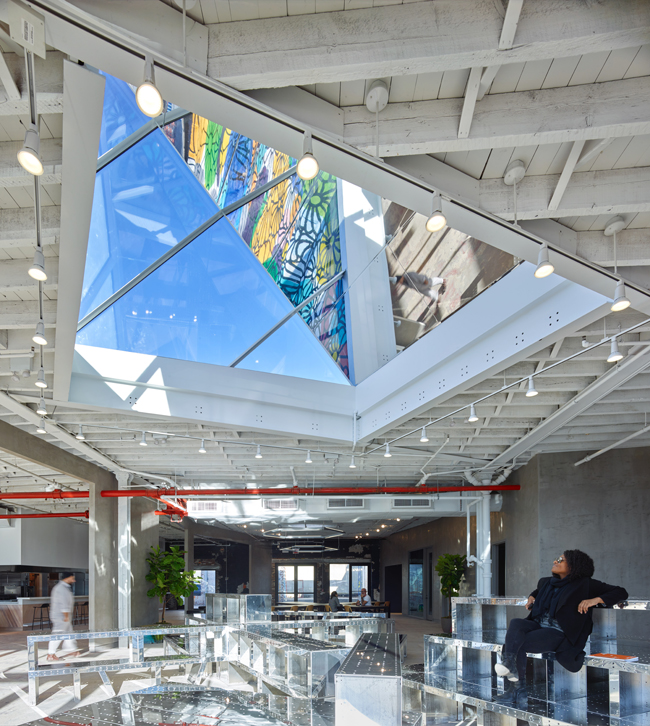 An installation by MOS Architects sits under A/D/O’s skylight, which is called the “Periscope.” A/D/O features installations by several architects and designers and has an exhibition space. 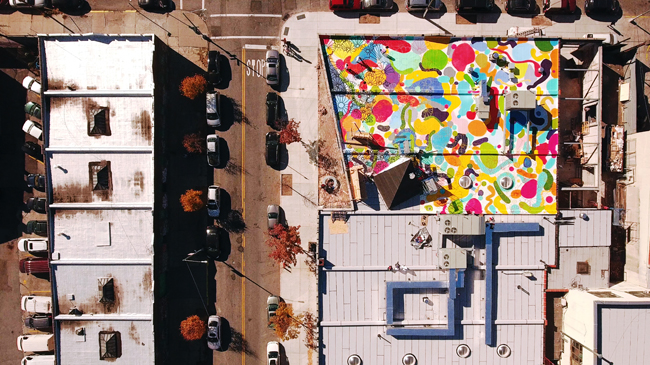 The space has been designed to acknowledge its Greenpoint surroundings. A triangular chunk at the corner of the building has been removed, expanding the public space around it. The roof features a mural by artist Mike Perry. 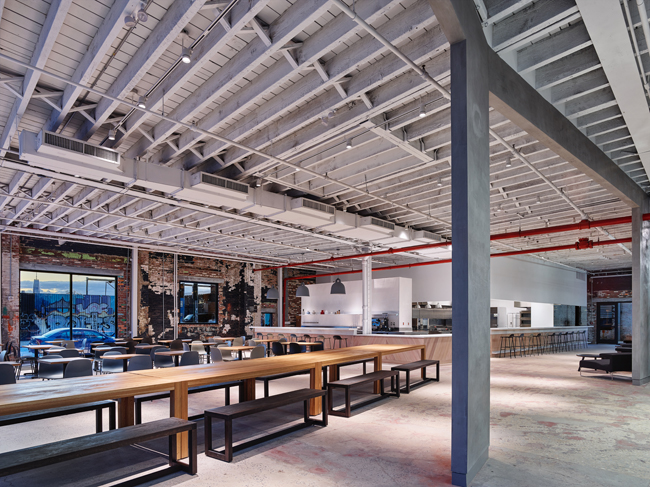 A/D/O has a restaurant called Norman, by Fredrik Berselius and Claus Meyer, as well as a retail outlet 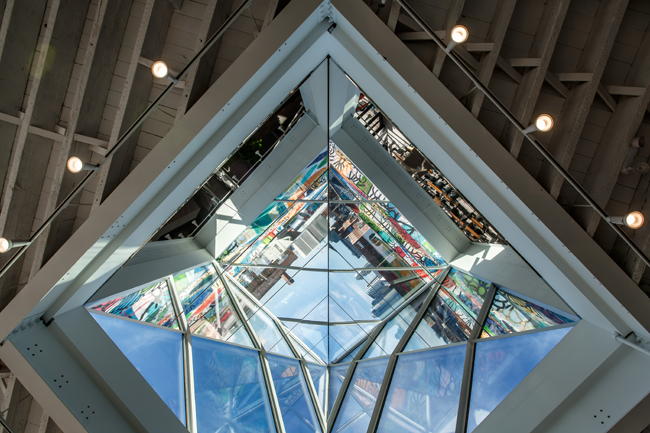 The Periscope gives the people inside a glimpse of the Manhattan and Brooklyn skylines.