necessary to the existence, continuance, or well-being of something; indispensable; essential: vital for a healthy society.

1. A public thoroughfare, usually paved, in a village, town, or city, including the sidewalk or sidewalks.
2.The inhabitants or frequenters of a street: The whole street gossiped about the new neighbors.

Our streets speak. What they communicate depends on their features and the way we inhabit them. There are so many elements in the conversation: trees, lighting, furniture, pedestrian-friendly sidewalks, enough width for bike, bus and car to co-commute without conflict from A to B, mapped points of interest and signage. But the things that bring our streets to life are harder to name:—the body language of passers-by, unrestricted access to daily necessities, sense of discovery, music wafting on the breeze, the scent of sun-kissed tomatoes at an open-air fruit market, the excitement of thousands of people at a race finish line.

I am in Boston, where a team of two-dozen volunteers has been working since last September on the 6th Annual Common Boston Festival.  Our aim is to bring more life to the streets, and to celebrate that life at the same time. But in April we were halted in our tracks by the tragic end to the Boston Marathon, a 116-year-old hallmark of human triumph and otherwise famously benevolent pan-city event suddenly terrorized.

This year’s festival theme is “The Vital Street.” Now, among so many other emotions, many of us feel a poignant irony about our work. That day, our awareness of what could happen on our streets clenched hearts. We sat in collective lockdown, frozen in front of our televisions, watching the streets on which we live our lives now empty, less familiar, and less friendly. Not all shared street experiences lift our hearts. And yet, there was a strange sense of solidarity, knowing we were reacting as a community, and that we would bring life back to our streets.

Our 2013 festival is now upon us. “The Vital Street” program showcases two major corridors in the city—Dorchester Avenue and the Boston Harbor. Common Boston aims to engage people in dialogue that raises awareness of our varied and distinct built environment and invites residents to explore Boston’s outlying, less traversed neighborhoods. We hope this year’s events will help us locate the elusive elements that give this beloved city its Boston-Strong beat. 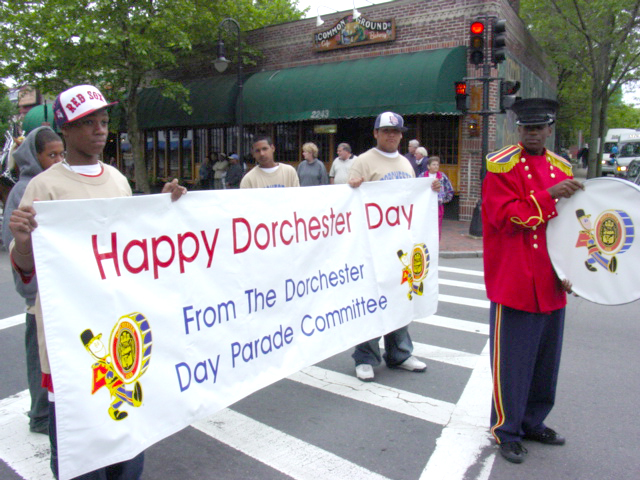 Design decisions are made every day. Yet many people are excluded from the discussion. Common Boston, a committee of the Boston Society of Architects strives to inspire a more sustainable, equitable and creative urban environment. We want to bring designers and the public to the metaphoric table in fun, interactive ways.  In Common Boston terms, civic engagement looks like people dancing at our dParty, or participating on a guided East Boston Greenway walking tour, or taking part in the CB Challenge —a hybrid scavenger hunt, urban race, and game of wits that knits a path through local businesses and hidden gems. 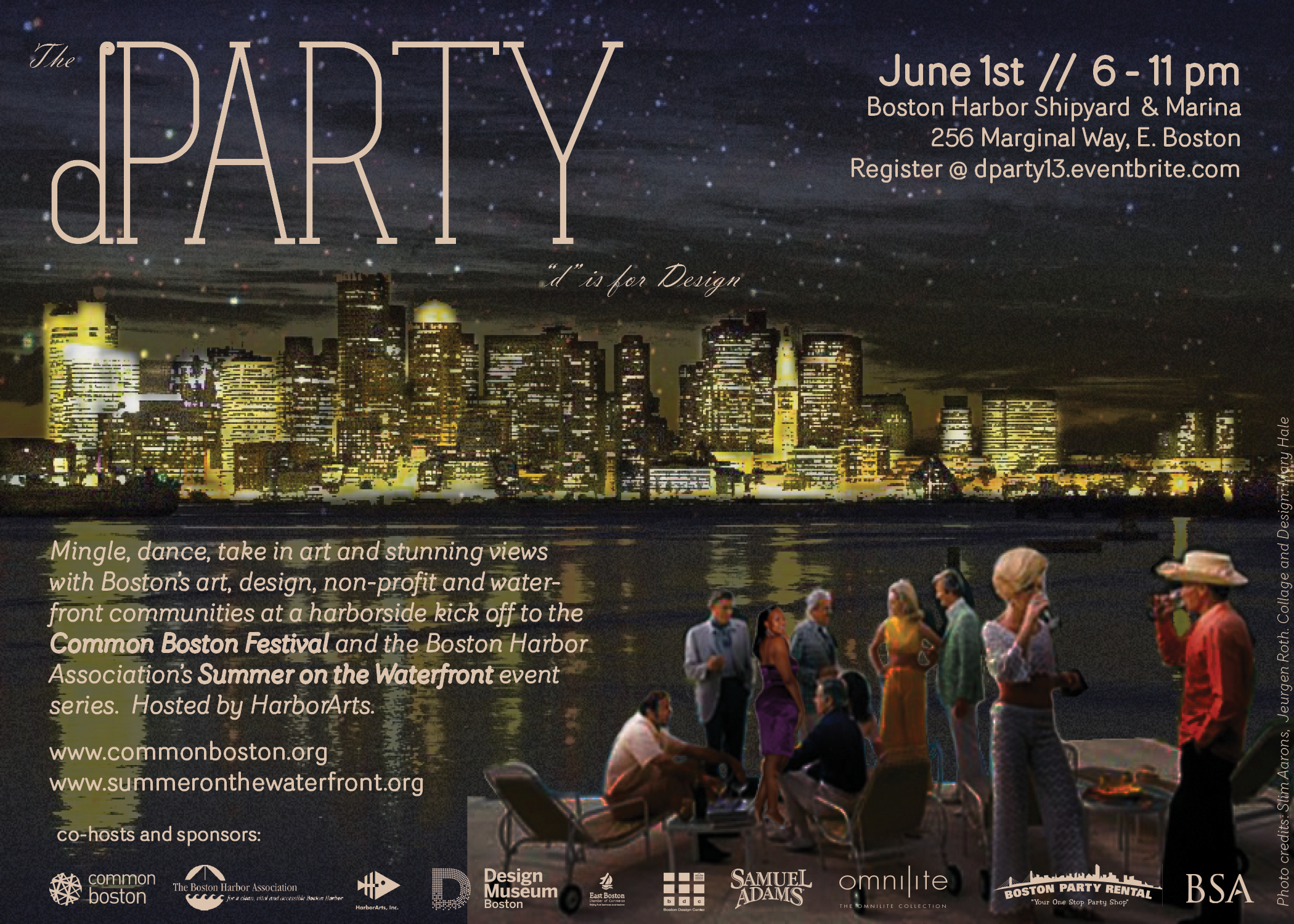 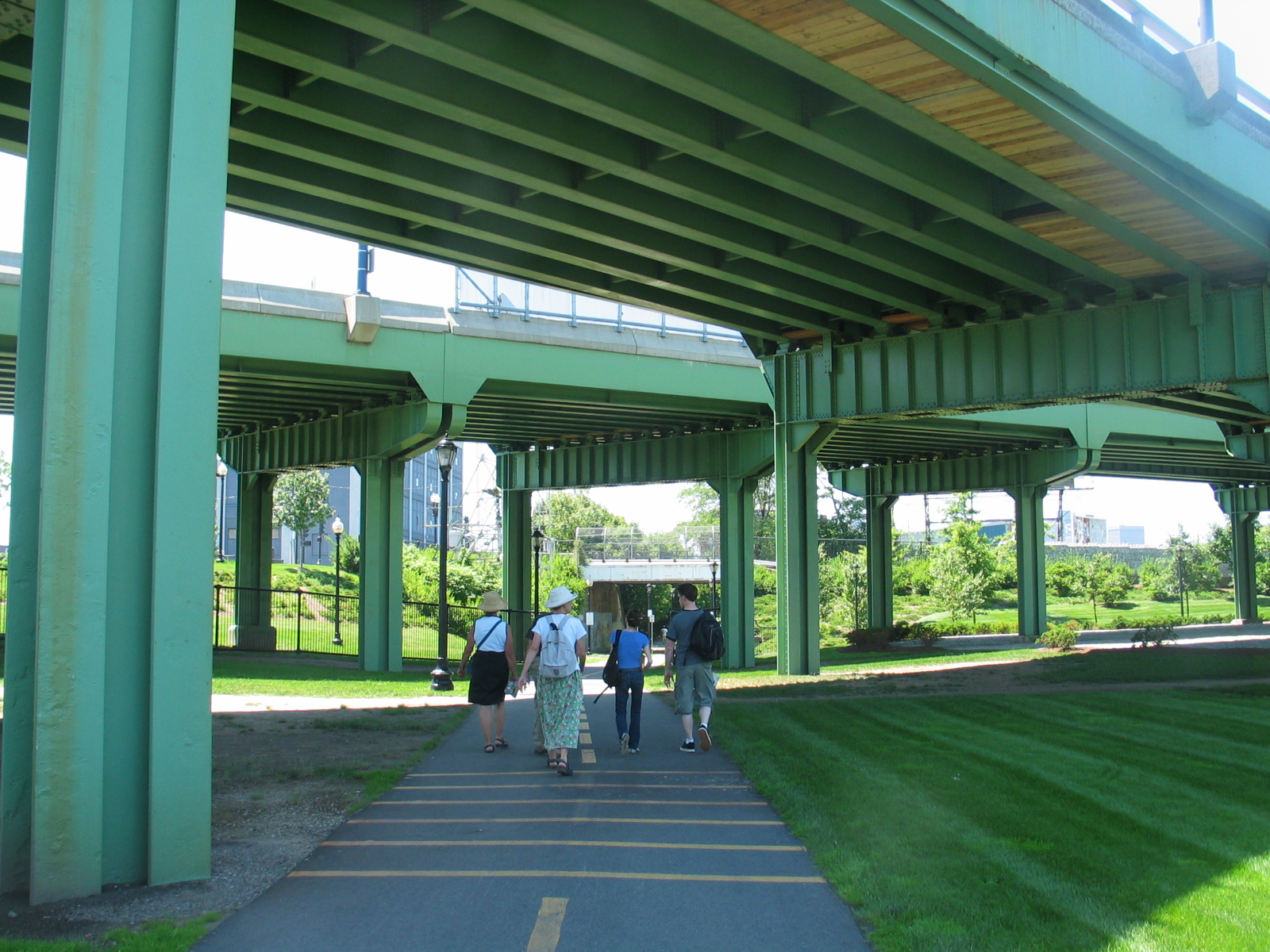 Experience along the East Boston Greenway

One of our special events is the Common Build (CBCB) a 72-hour design-build competition that creates thought-provoking temporary installations that enhance our street experience.  This year’s competition, our fifth, asks participants to design floating projects that will help re-envision, reutilize, and revitalize a forgotten street, the watery strip of Boston Harbor known as Fort Point Channel. 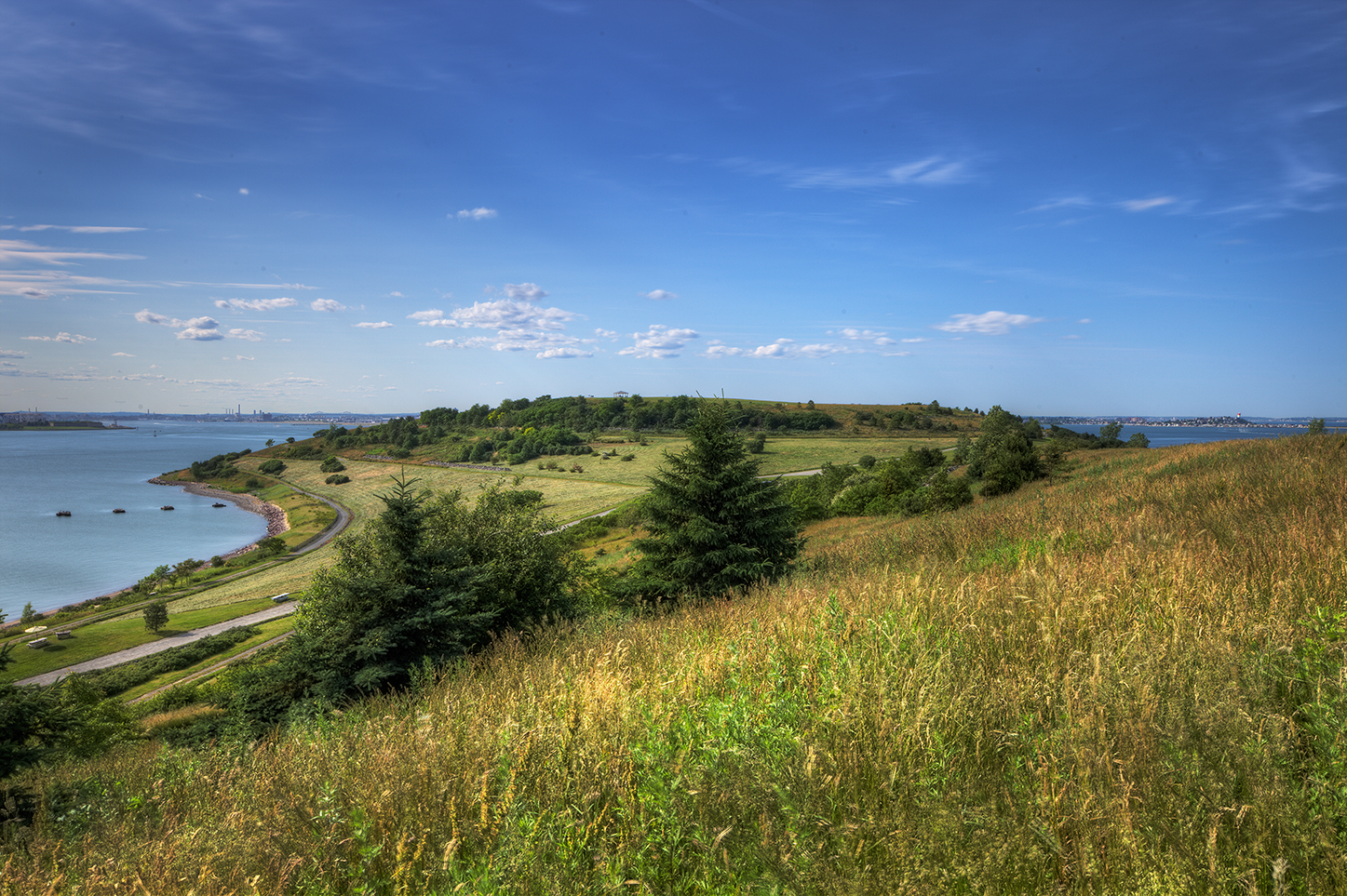 The other built environment. Spectacle Island was created by the excavated earth from the Big Dig project 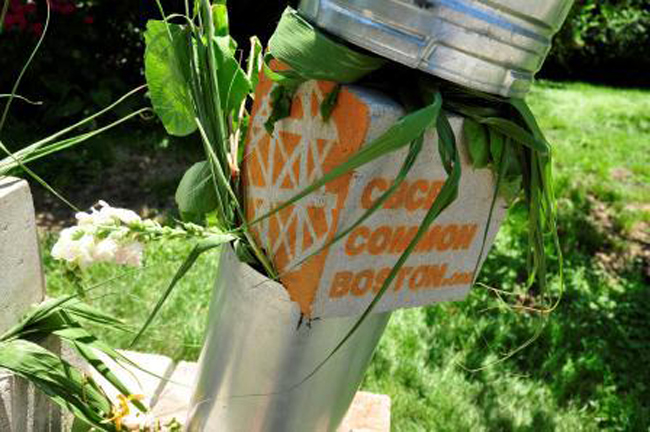 Expect the unexpected of the CBCB competition

Five years ago, I left sunny, temperate San Diego to move here. I’d studied abroad in college, and tasted a different, more layered version of what urban life could be in the intricately laced streets of Venice, Italy. I came to Boston, a city where old meets new—dense, walkable, noteworthy transit, charming brick and stone, and oh! so much activity right outside my front door. Circumstances led me to find Common Boston, which helped me orient and understand this new playground—the flavors, cobbled history, and diverse peoples. But I also saw that neighborhoods here, mere steps from one another, often didn’t connect with one another, partially due to a heritage of village design. It’s been a pleasure to be a part of a group that aims to increase crosstown communication, serving as the connective tissue as more arteries open and bring vital fluid to the heart of Boston.

My experience is not exclusive to me, or to Boston. There is room for similar initiatives in every city. And a need to involve more neighborhoods—and more people—in design decisions that will impact their lives. This year’s Common Boston celebrates the life of the street, something we can all partake in and contribute to. It’s people—and their spirit—that bring a city to life. So when an industrial fishing pier becomes a dance floor for a public party, we know we’ve tapped out collective imagination, and can rightfully declare that Boston grooves.

Valerie Fontana Shulman is co-chair of Common Boston. She works in Cambridge as an Intern Architect for Carr, Lynch and Sandell, Inc. and is an Advocate for a Common Toilet, another essential feature of our public space.