The “Chanel” of Design Takes an Architectural Approach to Home Storage

“I am in love with pure minimalistic space,” says the Milan-based architect and designer Victor Vasilev, “but our homes are invaded by objects every day. We are drowning in books, magazines, DVDs, and electronic gadgets.”

Vasilev wanted to create storage that, rather than acting simply as a piece of furniture, is part of the interior architecture. In considering how to achieve this, he found inspiration in American skylines. “Looking at these random buildings put together creates this wonderful image,” he says. “I thought a containing system should work in a similar way. The buildings in a city have to adapt to a context. In this case, the context is your house.”

Vasilev approached the design company Bofﬁ to develop the idea for his CTline shelves. “Bofﬁ is like Chanel in the fashion industry,” says Vasilev of why he wanted to work with the company. “I always dreamt of taking my chances with them.” The manufacturer, in turn, expressed enthusiasm for the shelves. Development took less than four months, with designs launched in Milan in April 2013.  Here, Vasilev speaks to the process of  bringing his concept to life. 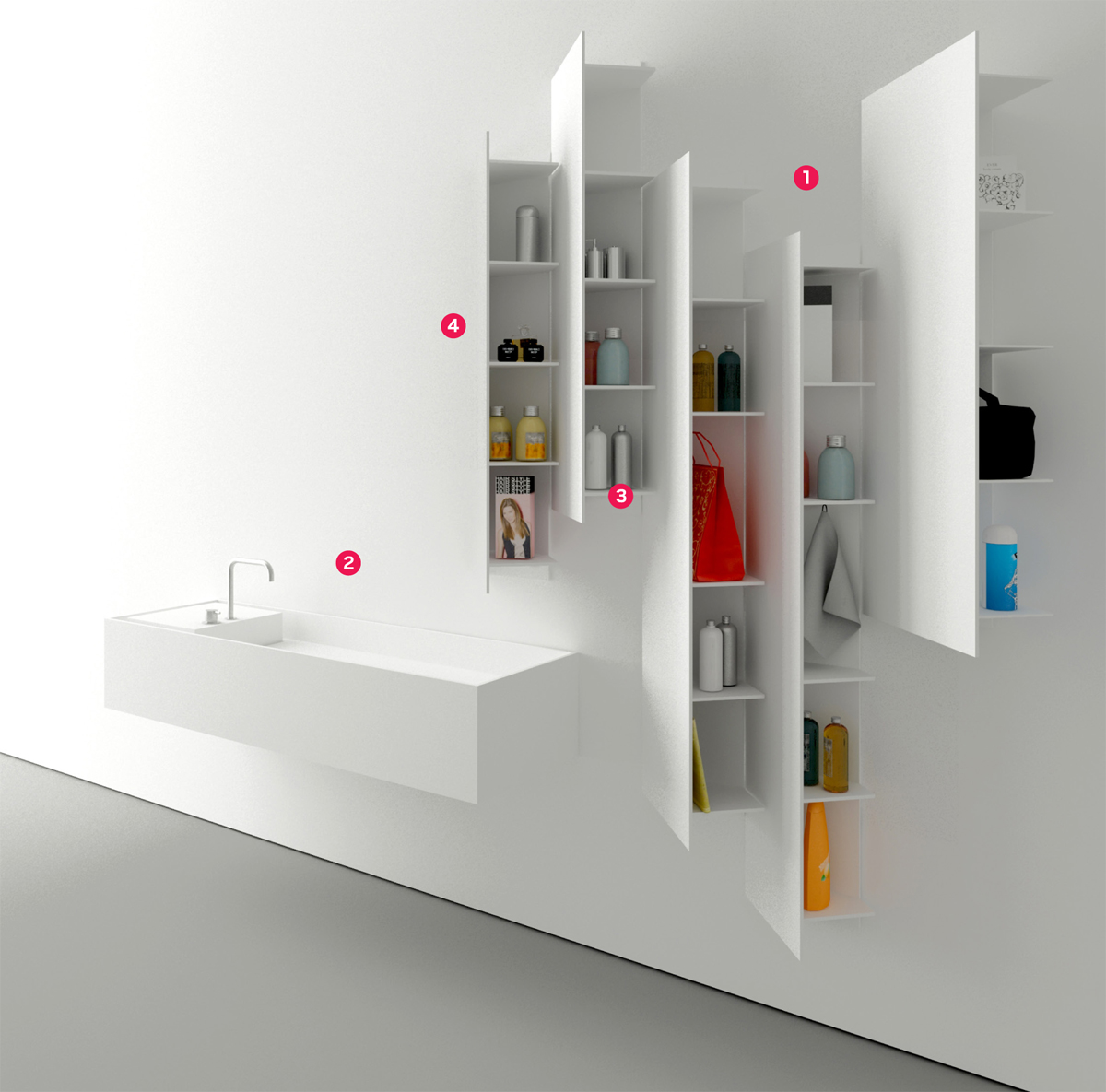 Victor Vasilev explains his product below:

Victor Vasilev (b. 1974) was born in Plovdiv, Bulgaria, and emigrated with his family to Israel when he was 15. In 1996, he moved to Italy to study architecture at the Politecnico di Milano. During this time he also studied as an exchange student at The Royal Danish Academy of Fine Arts in Copenhagen. In 2004, Vasilev started his own practice in Milan.