Shimmering water stretches out before you. In the backdrop the city glitters and the stones whisper to the waves. A warm breeze blows through the trees while you, from your perch on a slab of granite, cool your heels in the flowing waters and admire the stars you rarely see.That’s what I imagine when I […]

Shimmering water stretches out before you. In the backdrop the city glitters and the stones whisper to the waves. A warm breeze blows through the trees while you, from your perch on a slab of granite, cool your heels in the flowing waters and admire the stars you rarely see.

That’s what I imagine when I think of a waterfront part in New York City. What do you imagine?

Collective yearnings to connect with nature are the very essence of our urban dreams, and also the ambition of every designer. Whether they work with silk, rubber, steel or oak, designers aim to inspire a connection to you, your life, and your environment.

How would life in New York City be different if the water served a more civic purpose?

When something is civic it has an obligation, a responsibility, to fulfill the needs of the community that it is connected to. So it’s reasonable to expect that a civic waterfront should be one that belongs to a community and fulfills its needs. 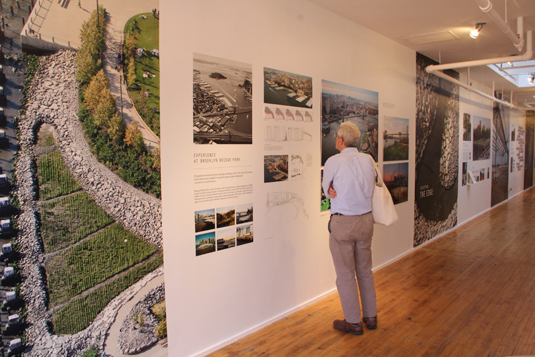 The park is the current focus of a Van Alen exhibition, on view till October 19th, the first in a series to recognize cities that have reclaimed their riverfronts.

When I asked Van Valkenburgh why his park got the lead position in the series he said that the locations showcased are “shared examples of cities that are quite constrained, but that are creating experiences with the water’s edge, making water a part of the public realm.” 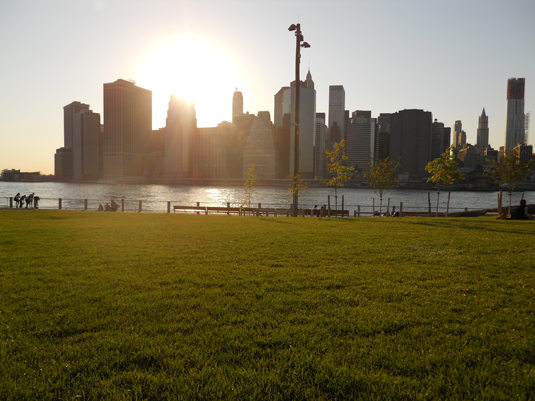 The notion that the public realm should be at the water’s edge is part of what the exhibition explores, and is one focus behind Van Valkenburgh’s design of the Brooklyn Bridge Park.

“At one of the earliest public meetings, an elderly women came up to the microphone and she mentioned how she was retired, on a fixed income, and couldn’t make it out to the country anymore,” Van Valkenburgh told me. “All she wanted to do was be able to go down to the park at night, put her toes in the water, and look out and see the reflection of the city, and the moon and the stars.”

This image inspired the first exhibit’s title, Immensity and Intimacy: Brooklyn Bridge Park. It touches on both the intimacy and immensity of landscapes, while also describing how the space, the design, and the needs of a community all play a part in experiencing a park. 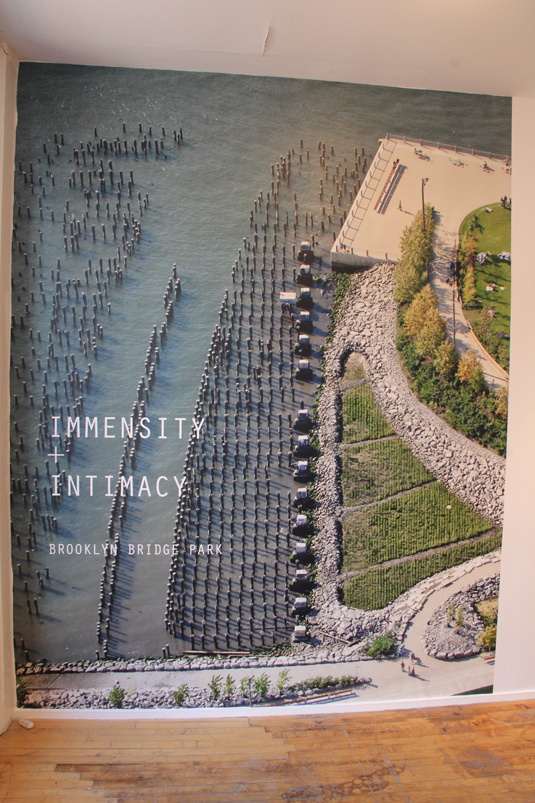 “Landscape design as a discipline has such a psychological expansion. Living in New York City and experiencing that immensity can be a very unique opportunity,” added Van Valkenburgh. 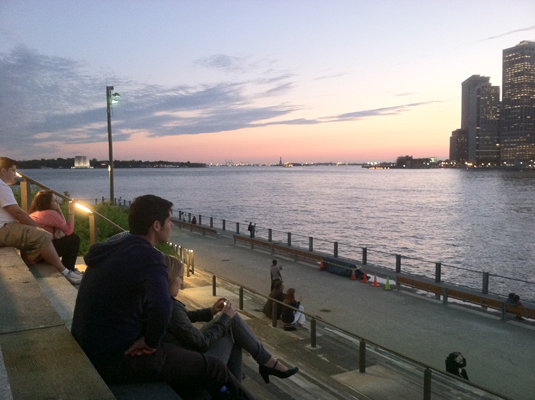 The exhibit is worth checking out, especially in combination with a trip to Brooklyn Bridge Park.

The Van Alen Institute’s series, River City: Waterfront Design for Civic Life, will also showcase the Cheonggyecheon River in Seoul, Korea where a long-buried urban waterway has been remade as a metropolitan-scale public space; and the Mississippi River Delta where the leveed and channeled river is being re-imagined as the heart of a self-sustaining natural system that also serves as a cultural catalyst for New Orleans and its surrounding communities.