The program kicks off its sixth Common Build competition this weekend.

Crowd gathers in  Boston’s Dewey Square for Urbascope, one of the projects completed for Common Boston Common Build (CBCB) 2010. Conceived by a group of Syracuse students, the projects explored wayfinding and the festival theme, Where we connect.

Kendall Square is a once-derelict industrial zone in Cambridge enjoying new life as a world class tech and research center. Allston-Brighton, once Boston’s pasture land, evolved into one of its first family suburbs, and, later, into a roiling, sometimes noisy haven for the city’s many college students. These two neighborhoods straddle the Charles River, across a broad bend. It takes 30 minutes to travel from one to the other by public transit. But as I have learned through recent community meetings organized by both the Boston Society of Architects (BSA)’s Urban Design Committee and Common Boston, city and transportation planners think that with a slight modification of an existing rail line the trip could be made in five. What then happens to the space between?

I am one of the many volunteers who work to bring the festival and competition to life every year. For 2014, we chose to expand our geographic footprint, reaching out to include Kendall Square/MIT and Allston-Brighton. At first, there seemed to be few similarities and connections between the two neighborhoods—one a compact mega innovation hub, the other a sprawling student mecca. But after our first roundtable discussions with local stakeholders, we soon saw that both communities faced similar pressures and development issues, even though they had followed starkly different trajectories. 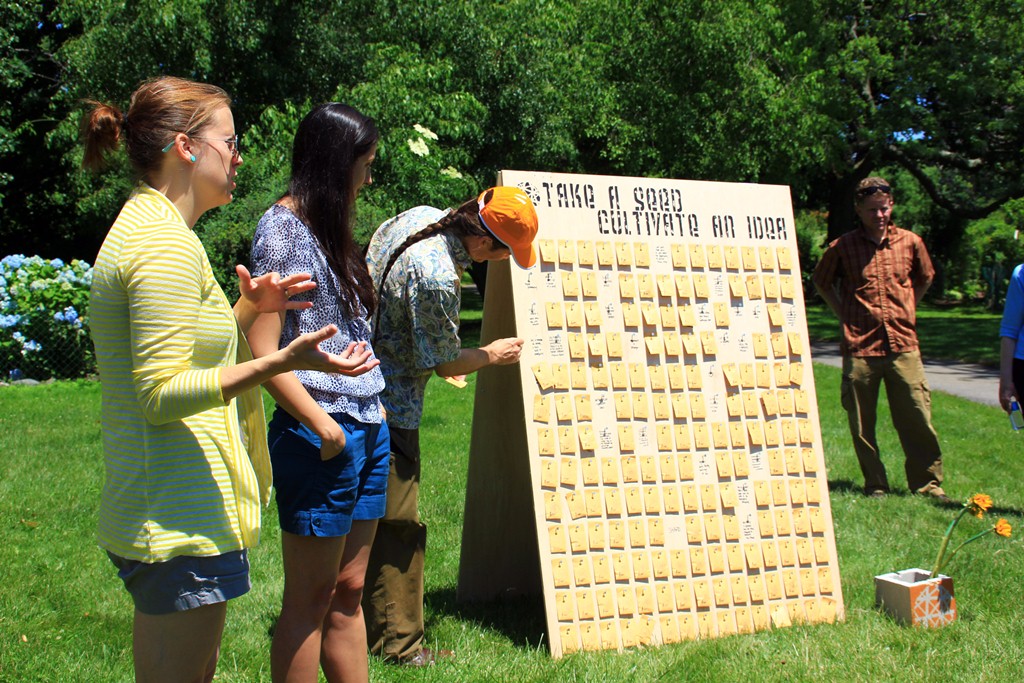 Set in a prime perch on the Charles River, in sight of downtown Boston, Kendall Square is home to many tech giants and is supported by research at nearby MIT. In the first stages of its most recent incarnation, Kendall was largely a place of work, its development driven by the rapidly expanding array of technical and research companies who set up shop there. (Instead of movie stars, the sidewalk outside the Kendall Square T station has plaques featuring the heroes of innovation—a good sign of the current place-making efforts for more public art and human scale street elements.) Busy and thriving during the workday, the area was largely deserted at night. Now, planners and designers working with the Kendall Square Association aim to transform the Cambridge neighborhood into a sustainable, walkable, live-work community with eateries, shops, and a broad choice of housing.

In Allston/Brighton, community groups work to rebrand a neighborhood long dismissed as an exclusive student colony. An area rich in history, the neighborhood’s creative economy driven by the legions of artists, musicians, and writers who make their homes there. Composed of a string of pocket communities, Allston/Brighton faces development pressure from nearby institutions including Harvard, Boston University, and Boston College. I have learned that community groups like Allston Village Mainstreets and Unbound Visual Arts fight to preserve its scale, charm, and alternative edge. 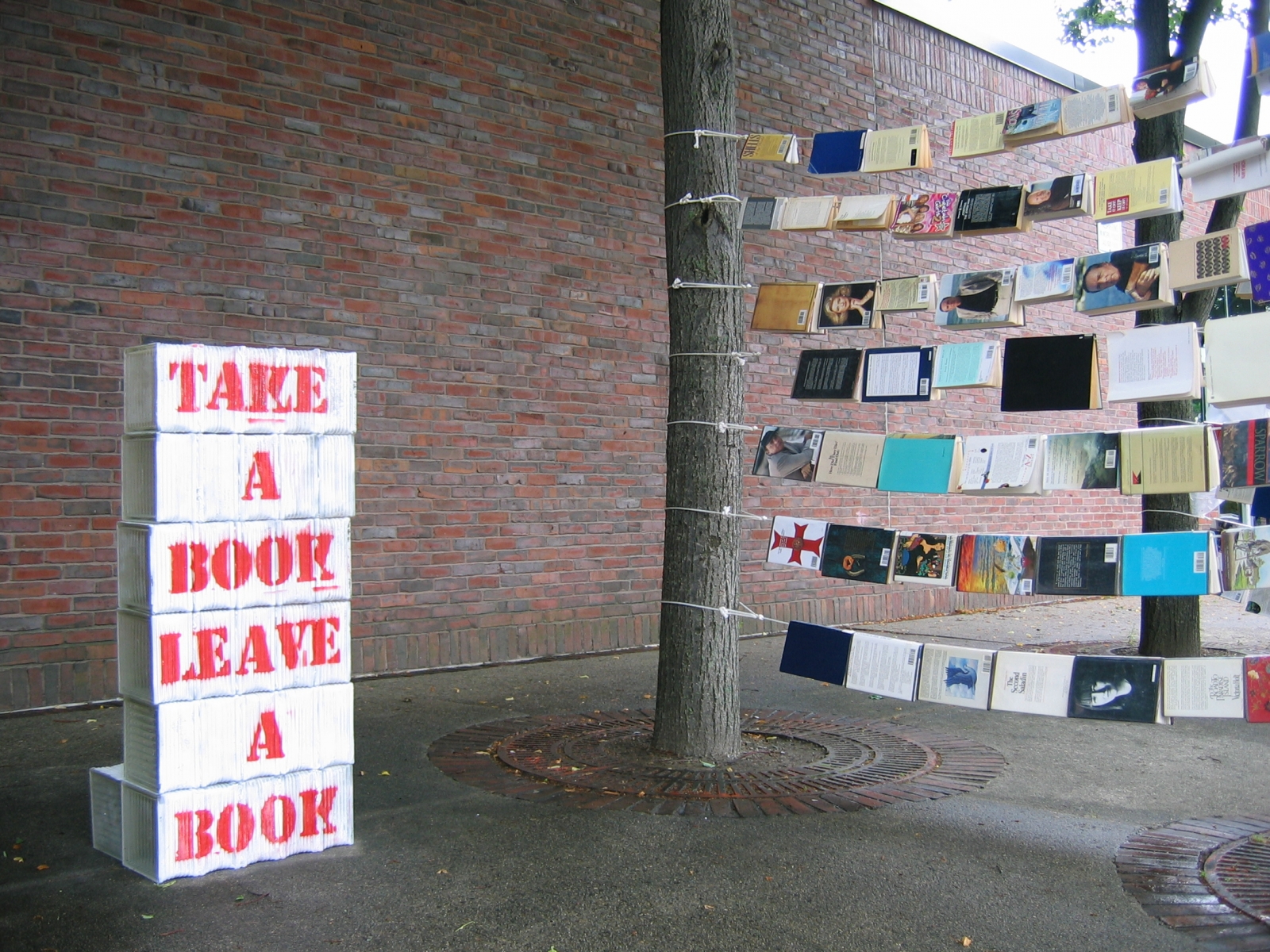 For CBCB’s first competition in 2009, a team from Cooper Union traveled to Boston to make this Public Book Exchange, located just outside the Codman Square Branch Library in Dorchester.

This year’s Common Build, which runs through Sunday, will explore these neighborhoods and their development issues in greater depth. We will study and experience these zones once seen as “placed between,” and now integral and vital parts of the urban fabric.

We are excited to partner with local groups and organizations including the Cambridge Arts Council, Cambridgeport Neighborhood Association and the Friends of Grand Junction Path, which help us raise awareness of the existence and potential of these places in between. One thing I’ve learned in my six years with Common Boston is the importance of participating in conversations like these. The design and planning process works best when all voices are heard. You can follow our progress—and the progress of the design/build competition on Courbanize, a new Kendall start-up making its name as the place to go online for public planning discussions.

Valerie Fontana Shulman is co-chair of Common Boston and is completing her sixth year of participation with the group. A transplant from California, she’s worked to put down roots in the city. Common Boston helped open creative avenues and her views on the importance of community activism. She is a designer living in Cambridge.

Read more posted by Common Boston from 2012 and 2013 festivals here.