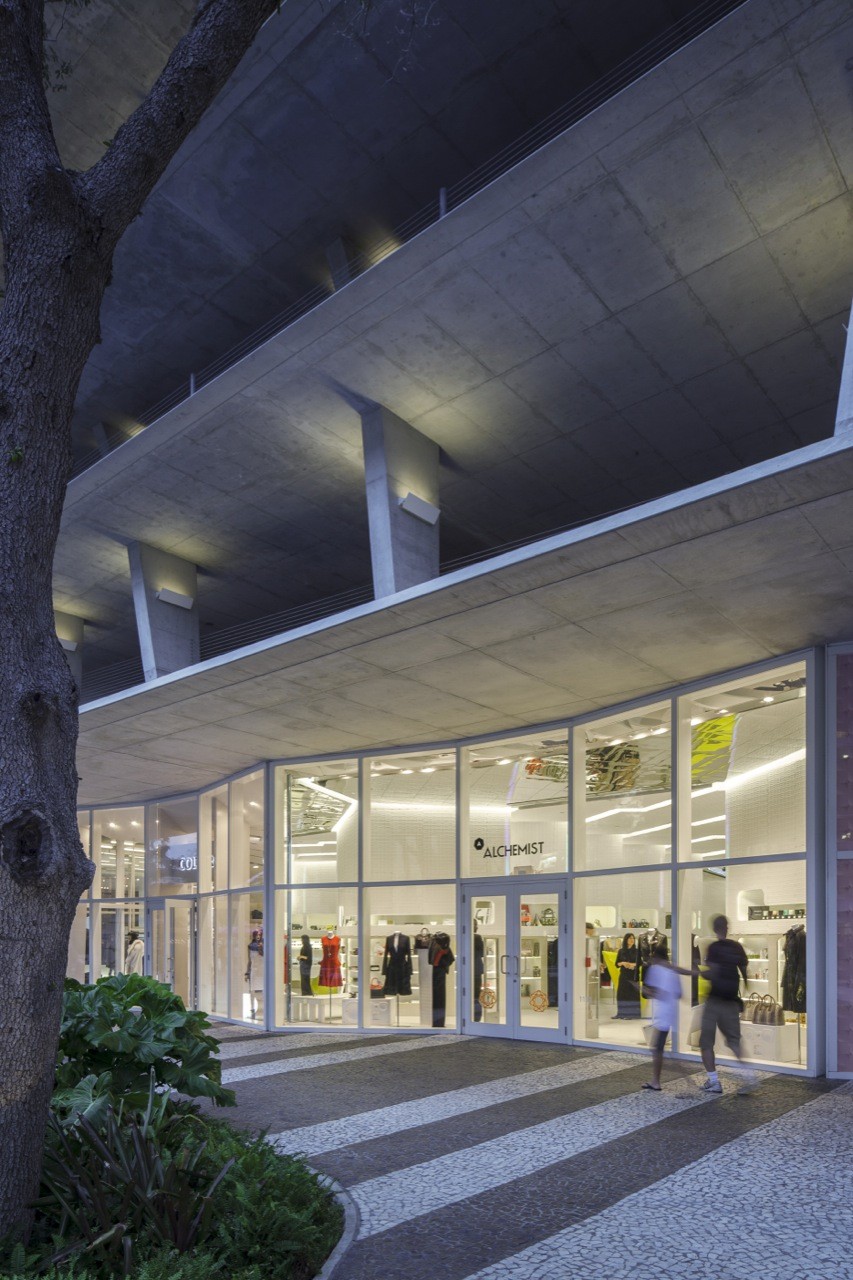 At the new Alchemist boutique in Miami Beach, the melamine foam–covered walls and ceiling evoke a supersized icon from the sandy shore—the portable cooler. “This idea of an insulated box drove the design of the store,” says Rene Gonzalez, the Miami architect who designed it. The foam, which is normally used to isolate sound in recording studios, also works to visually and audibly distance shoppers from the busy street and pedestrian mall just outside. “As an antidote to Lincoln Road,” says Gonzalez, “it’s a place of refuge and a peaceful moment that’s white, soft, and quiet.” Even the custom electric-yellow fiberglass benches by Zaha Hadid have the coastal vibe—one conceals a cooler of fruit juice.

At the back of the 2,500-square-foot space, the foam gives way to a mirrored acrylic ceiling and a changing area where the material palette is decidedly warmer. The main floor, made from pebbles in epoxy, transitions to deck-like pine strips, and a crisscrossing pine trellis suspended from the ceiling creates a sense of compression. “It feels almost like a cabana on the beach,” says Gonzalez, an impression reinforced by an ocean-based video installation by the artist Paris Kain. The shift in materials is also intended to lure shoppers into exploring every square foot of the store. “Drawing people to the back was important,” notes Gonzalez.

The store is located on the ground floor of Herzog & de Meuron’s 1111 Lincoln Road parking garage, and is Alchemist’s second boutique in the same structure. The new shop is the more accessible of the two, selling a range of clothing and lifestyle products; the older boutique, on the fifth floor, is something like a gallery, with curated fashion collections that change with the seasons. Gonzalez designed the fifth floor space in 2010, but gave it a very different look: A glass box with a ceiling installation of moving mirrors, it appears to lift shoppers into the sky.

While both stores employ reflective surfaces in ways that visually expand the perceived sense of space, that’s where the similarities end. Instead of riffing on his earlier design for the new store, Gonzalez deemed it more important to respond to the conditions at street level. “Although they’re in the same building and very close to each other, they are responding to very different contexts,” he explains.

That approach was ideal for store owners Roma and Erika Cohen. “We wanted something totally different, but equally conceptual,” for the latest boutique, says Roma. The pair’s intention is to undertake different creative projects in each store, so while “both spaces have their own voice,” he notes, they also “allow our voices to be heard.” 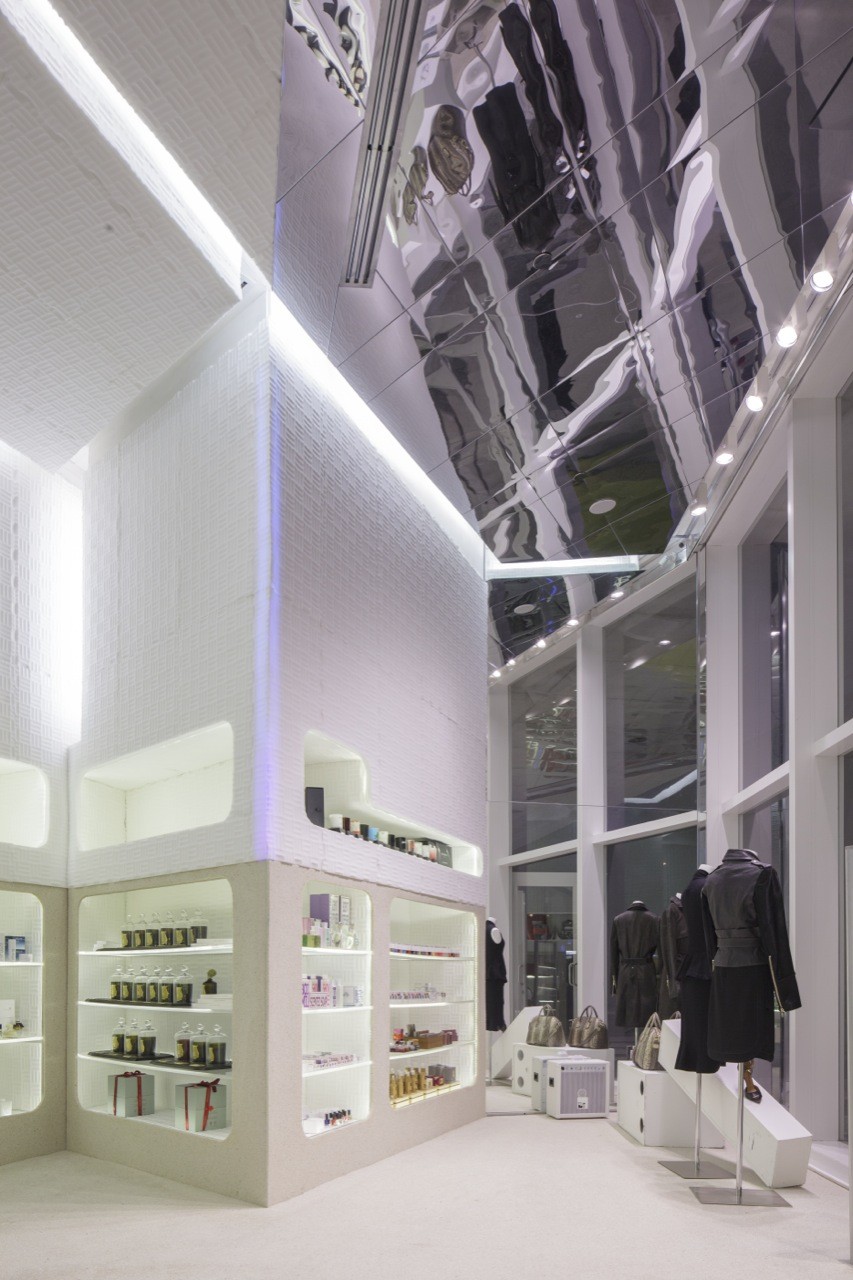