A month-long celebration sends Americans Down Under

While sports fans have their eyes on Australia (Lance Armstrong’s return in the Tour Down Under and the ongoing Australian Open), Australia-philes have been focused on G’day U.S.A. Australia Week. From the country that brought us 2008’s Sexiest Man Alive, Foster’s, Shiraz, and the didgeridoo, this festival celebrated all things–arts, film, food, and culture–from Down Under.

The celebration started in Los Angeles, moved to San Francisco, and ended in New York last week (January 13-24). During the week in LA, participants were able to attend galas, film screening, talks on innovations, walkabouts, and the full-day symposium, Facing our Future: The Challenge of Water & Energy Forum. In NY, Carnegie Hall showcased Aussie’s top performers (lest we forget Xanadu!) and the Australian Wool Innovation, a not-for-profit organization the represents Australian woolgrowers and works by investing in research and innovation, showed off the wares of 11 Australian designers.

Several of the design exhibits in New York will continue to be shown through the rest of January. One is Australian photographer Russell James‘ (reality TV junkies will recognize him from VH1’s series The Shot) creation, Nomad Two Worlds. The show is a collaborative effort that uses James’ photography on oversized canvases overlaid with the work of indigenous Australians. The exhibition, which also depicts on-site structures created by Aboriginal artists, pays homage to the recent reconciliation of the Australian government with its indigenous people. 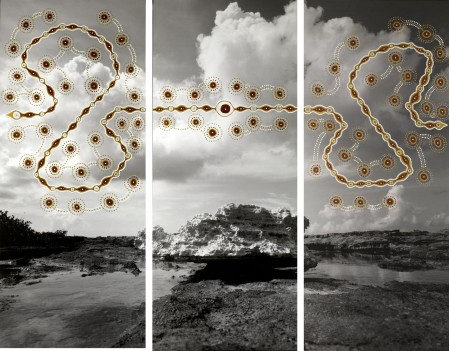 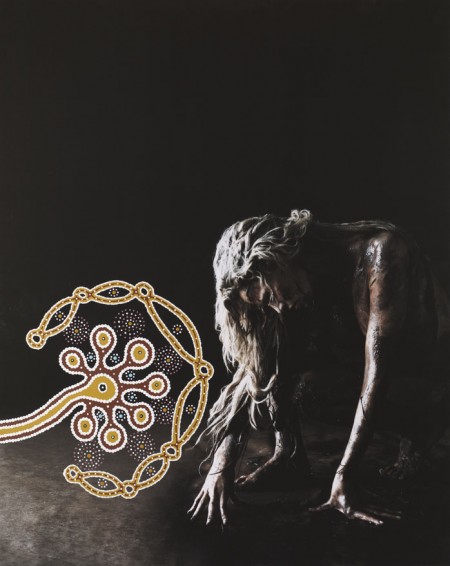 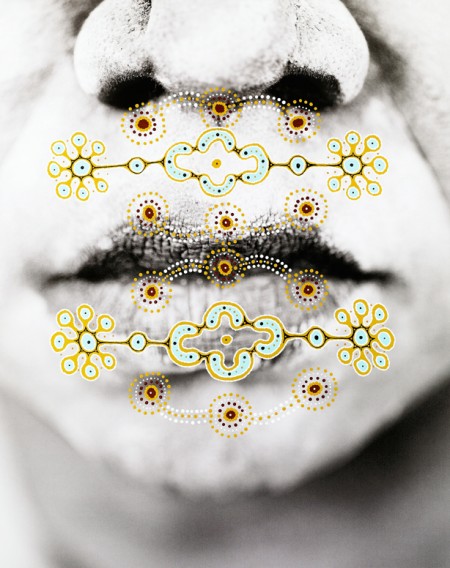 Meanwhile, the Australian Graphic Design Association (AGDA) made its debut on U.S. soil at NY’s AIGA National Design Center (Side note: Did you know the roof of this gallery has a green roof?) The exhibit is a large collection of graphic design work produced in Australia from 2006 to 2008 and judged by the AGDA. Much like the annual Young Guns exhibit at the Art Director’s Club, the work covers all types of visual communication –packaging, websites, print publishing, photography, signage, and more. Unsurprisingly, our designer friends from Down Under are well-represented in the beer and wine label categories! 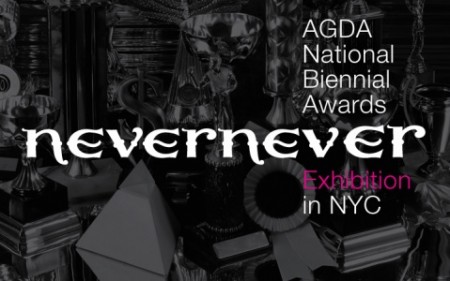